Conservative Media/Activists Are Slightly Less Racist Than the Left

As a conservative who began creating an actual television show in 2003, LONG before the existence of YouTube, Facebook, Twitter, etc., I noticed something years ago that hasn’t abated: almost the only time you see black conservatives on cable news or prominent conservative news sites is when topics of race are discussed.

As if race is all we know to talk about. 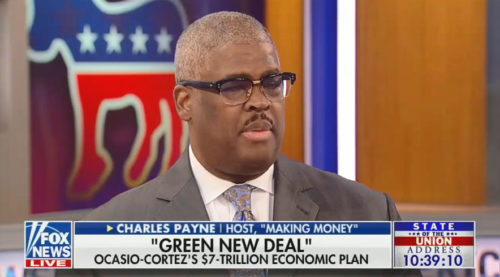 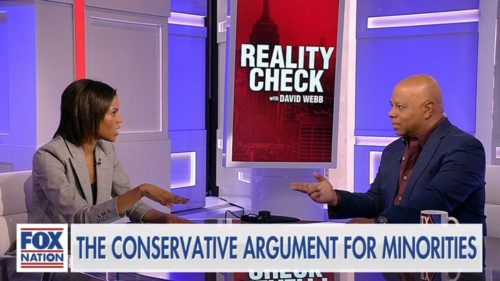 Black Republicans have been effectively marginalized by the left as sellouts, race traitors suffering from Stockholm Syndrome and yet, we’re eagerly called upon to refute any and all accusations of racism against the right. Subsequently a cottage industry was created for blacks who stuck their necks out (long before those whose sole motivation was fame via the almighty “like”, “follow” and “retweet”) and were unfortunately only sought out for their opinions when something bad happened in the black community.

I have been relatively fortunate. While my only appearances on CNN, CSPAN, Fox News, and a Rush Limbaugh mention concerned race issues, I was appreciative that the former Sun News (Canada), Russia Today, the BBC, One America News Network and dozens of talk radio programs took it for granted I was well-versed and was invited often to give my opinion on topics ranging from media bias, immigration, pop culture and entertainment, crime, climate change, politics, sports, health care, and more.

In other words, it was acknowledged I knew shit.

Sadly, the only time we see most black conservatives on cable news or at a conservative/Republican event is when it’s a race topic, it’s a politically good time to have one of us visibly on hand, and those selected to give their opinions are those whose value was determined by the color of their skin and the content of their ability to trend.

That also translates to opportunities to work in the conservative movement. Blacks are not taken seriously for positions in Republican government and/or conservative activism (unless it’s for “minority outreach”), and local speaking engagements are only offered when race happens to be a topic du jour or if that person has made a name for his or herself being the loudest mouth on Facebook, Twitter, or a sugar daddy nonprofit. Blacks who can talk foreign policy or GDP projections are ignored by white conservatives.

Lemme take that back. Unless that black looks good in heels….

How many times have you seen economists Walter Williams or Thomas Sowell on Fox News talking about the China trade controversy? How many times have you seen former US Ambassador Alan Keyes on Fox News talking about options regarding Iranian provocation, Ward Connerly on college student loans, or Bishop Harry Jackson on church scandals? Not at all, but we will be inundated by social media hucksters frequenting FNC, videos on Prager U., and other sites because it’s all about the click that generates the seal claps at snooty, overpriced political (social) events.

Upon taking a closer look at the upcoming Black News Channel (BNC), the first thing that sticks out is that it was founded by former Republican Congressman J. C. Watts, one of the forefathers of the black conservative movement and the All Lives Matter haircut. On the company’s website, Watts is listed as the chairman, co-founder and visionary, while television veteran and white man, Robert Brilliante, is listed CEO and co-founder.

The chief operating officer appears to be white, and only one of the company’s four vice presidents is black, which does not preclude the network from producing, creating and airing relevant black news because … cough, cough… The Root is part of a family of websites currently owned by a rich white dude.
— The Root, 4/19/19

Back in the day we considered ourselves Americans who just happen to be black and conservative. This was a guaranteed target on your back. There was very little upside to be vocal, we had to rightfully be fluent in a variety of topics in order to be taken seriously, and most had quite impressive credentials. Today, the talent pool consists of those who white conservatives want to be seen with, only when certain topics are on Fox News (which is also sadly, for too many, their only source of information).

The elites running the conservative movement have defined roles. Blacks must talk only about race, Latinos only about immigration, and all women must have that over-made up, Fox News come-hither look.

Conservative white men (young, old, fat, ugly, etc.) are in demand, especially if they’ve been on Fox News. Then the opportunist suck-up for attention begins.

We expect this from liberals. Conservatives select blacks they deem worthy of speaking for all, even when what’s said is neither groundbreaking or original.

The Reverend Jesse Lee Peterson, Larry Elder and the late Terry Anderson, all of whom who actually live(d) in South Central Los Angeles, have been sounding the clarion call about the “browning” of the black community back in the 90’s when Candace may have been in the process of mastering the sippy cup. But again, when someone like the conservative-embraced and lauded Candace Owens says the same thing in 2019, she’s breaking new ground and given a white conservative-approved megaphone.

They even give other-than primetime shows to blacks that cover a variety of daily news items. Conservatives are way behind because they choose which blacks to speak for us; some of those blacks with questionable accomplishments and opportunistic motivations. They want to be seen with us but not allow us to speak for and work with them also as conservatives. 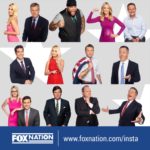 I’m not saying that blacks are entitled to a seat on the curvy couch but there are all too many who are getting airtime and what they have to say is nothing than competently-recited talking points and there are times when we outperform some of our white counterparts. However, the frail egos (and incomes) of the fat, happy and lazy must be protected.

That’s why some of us are pulling back from the movement, because despite our qualifications and proven success, the conservative elite (genuine and wannabe) has no real use for us.

We know where we stand.