One would think being out in the elements, especially during severe weather, wouldn’t require additional dramatics.

But as we are talking about a #FakeNews media that will do anything for ratings, especially embellish the severity of the moment by scaring the shit out of the public, nothing is really surprising especially when it’s been done before.

The Weather Channel is defending one of their own after a video of Hurricane Florence coverage went viral. The video, uploaded to Twitter, shows Weather Channel meteorologist and reporter Mike Seidel bracing in the wind during a live shot in Wilmington, NC. As he is struggling to keep his footage, two people walk behind him showing no signs of struggle.
— Mediaite, 9/14/18 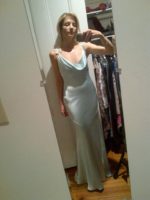 In 2005, Michelle Kosinski became a journalistic laughingstock and was named “Woman of the Year” in by The Association for Women in Communications, South Florida Chapter. After years as a foreign correspondent for NBC in London, she’s now a Senior Diplomatic Correspondent for CNN.

You got to stick with your lie. If you lie, you have to believe that lie whole-heartedly. It has to become the truth for you.
— Wanda Sykes

We’ll be keeping an eye out to see how Mr. Seidel’s career advances from here.