Despite the carnage caused in less than ten months in office and an ominous 1,116 days before he’s voted out, the left is all indignant about the lack of respect for the office of the presidency with the outbreak of “Fuck Joe Biden” chants; not only in stadiums across the nation, but also overseas.

As a critic of what the nation’s progressives and the Democratic Party have devolved into, my reaction is anger tinged with satisfaction. This is what they did to the Presidency. I warned them, as did others with a lot more authority and influence than I, that the harm they were inflicting on the office, the nation and the government might be irreversible and ruinous. They didn’t listen, or, more likely, they didn’t care. All that mattered was their hatred for Donald Trump. Now their President is inheriting the inevitable results of the wreckage from their recklessness.

In rather embarrassing fashion, the media is in full gaslight mode in an attempt to have us believe problems of Biden’s own creation aren’t that bad, and even go as far as trying to tell us we’re not seeing or hearing what we’re seeing and hearing.

NBC Sports reporter Kelli Stavast earned her own checkered flag for misinterpreting an anti-Joe Biden chant at a NASCAR race as congratulations for race winner Brandon Brown. Newsweek wrote that Stavast was attempting “damage control.” Deadline’s headline read that she “salvages embarrassing NASCAR interview with verbal dexterity,” but added in its report that she “is either hard of hearing, or a very, very quick thinker.”
—– Huffington Post, 10/4/21

“Misinterpreting”? Bullshit. It’s obvious Stavast was covering for the media’s preferred Joe Biden and any so-called journalist who insists she misheard is also a liar.

The backlash has been appropriate, humorous and the media mocking has made the more family-friendly interpretation official. 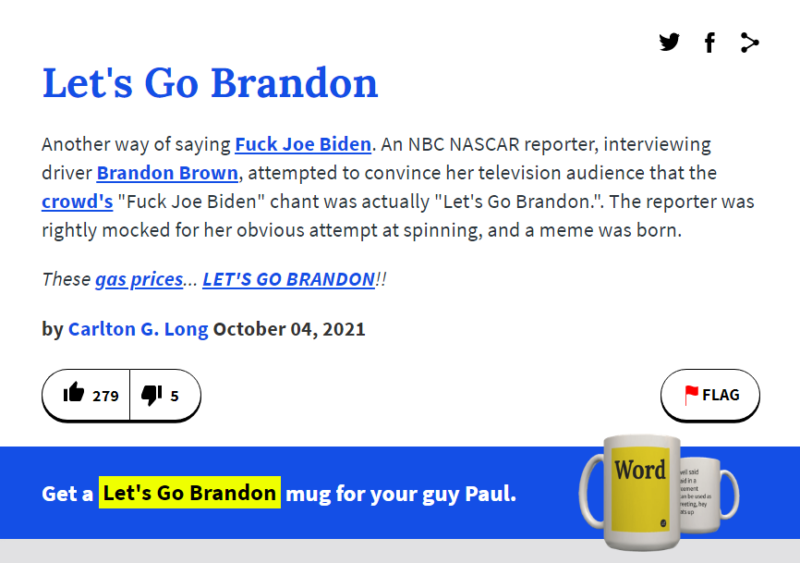 As out-of-it as Joe Biden appears on a near daily basis, he is apparently cognitively aware of his personalized hashtag.

“F*** Biden” was visible on flags and signs carried by a crowd of protesters gathered along M-59 in Livingston County, a deeply conservative part of the state. U.S. Rep. Elissa Slotkin, D-Holly, said she was “embarrassed” by the profane message as she sat next to the president, who pointed out the signs as they passed by the rally.

“He said, ‘aren’t we next to a school?’” Slotkin said. “I pointed out the school to him and, he said ‘I guess I’m still surprised when people, even if they don’t like me, are willing to be that profane around children.’”
— Mlive, 10/5/21

For the whiners who suddenly appreciate the respect of the office, here’s some context of how proud Democrats were of their use of free speech with regards to President Trump. Let’s not forget the FDT anthem that went viral online, was heard “next to a school” or two as well as in, blared from cars, was chanted at concerts and political events, and the liberal Democrats gleefully played it over and over again. 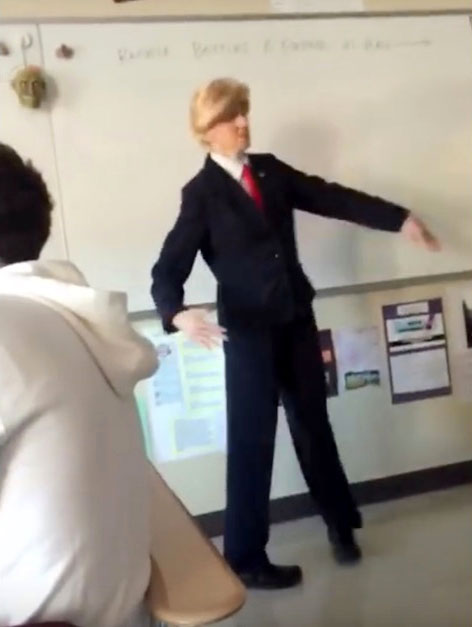 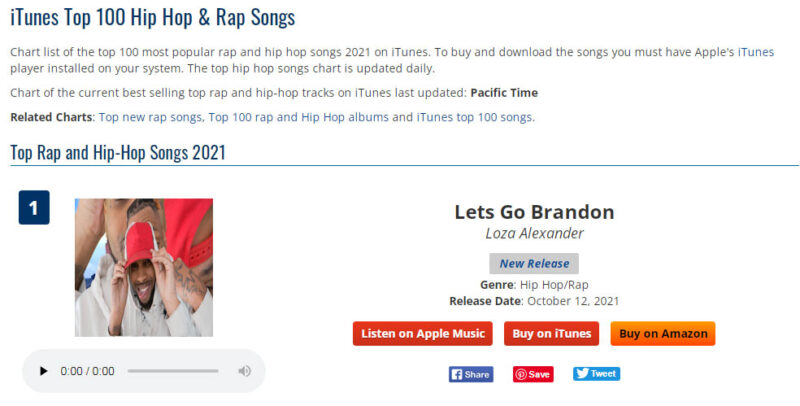 They tried ignoring it but the media in now whining and #LetsGoBrandon has been officially labeled “Hate in Politics”.