If ‘Oceans Are Rising’, Why Did Gore, Obama, Kerry Buy Coastal Mansions?

The left has the minions freakin’ about climate change. Anytime a glacier has a piece break off (something that happens all the time but we don’t always have cameras poised to capture it), it means the oceans will rise and we’ll soon be flooded into oblivion.

We’ve made the case before that it’s very easy to predict events 50 to 100 years from now (or 12) when few will be around to call you on it. Both Al Gore and now Barack Obama have proven they know they’ve been spewing bullshit for years and their actions prove it.

Al Gore predicts that our shores will be flooded and sea-bordering cities will sink beneath the water leaving millions of people homeless. His narration tells the audience that, due to global warming, melting ice could release enough water to cause at 20-foot rise in sea level “in the near future.”
— ScienceLine.org, 12/1/08

As many of us are sensitive and may have experienced something as traumatic as a flooded basement after a freak torrential rain, if you knew a house has the potential to float away “in the near future”, why would you buy it?

That is, if you knew it wasn’t true but saying so could make you a lot of money. 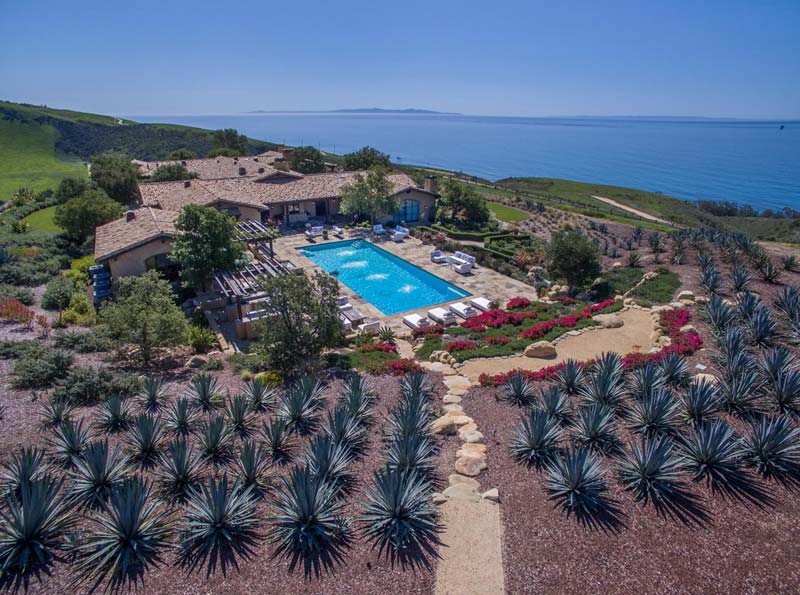 In a move that critics may cite as his own inconvenient truth, former Vice President Al Gore and his wife, Tipper, have added a house in secluded Montecito, Calif., to their real estate holdings.

The couple spent $8,875,000 on a gated ocean-view villa on 1 1/2 acres with a swimming pool, spa and fountains, according to real estate sources familiar with the deal. The Italian-style house has high ceilings with beams in the public rooms, a family room, a wine cellar, terraces, six fireplaces, five bedrooms and nine bathrooms in more than 6,500 square feet of living space.
— World Property Journal, 5/13/10

Granted, he’s not on the water line per se but when the pending flood arrives, Gore’s home would be in the zone where much tumult would ensue and anyone in his right mind, who truly believed in the whole “rising oceans” thing, would have purchased property far inland. That is, if what he was saying was something he truly believed.

Add former president Barack Obama, who also implored his supporters that there’s this “97% consensus” of scientists who say climate change is real, and he also says the oceans are rising at a perilous rate.

Oceans and their nearby regions are also highly vulnerable to the effects of a changing climate — a once-distant threat that is now very present and is affecting ecosystems and shoreline communities on every coast. Rising sea levels, coastal storms, and a growing risk of erosion and flooding are looming realities faced by seaside towns.
— Barack Obama, Presidential Proclamation: National Oceans Month, 5/31/16

Well, that sounds like a good reason to avoid purchasing property at “shoreline communities on every coast” because of eventual “coastal storms, and a growing risk of erosion and flooding” at “seaside towns”. That is, again, if what he was saying was something he truly believed. 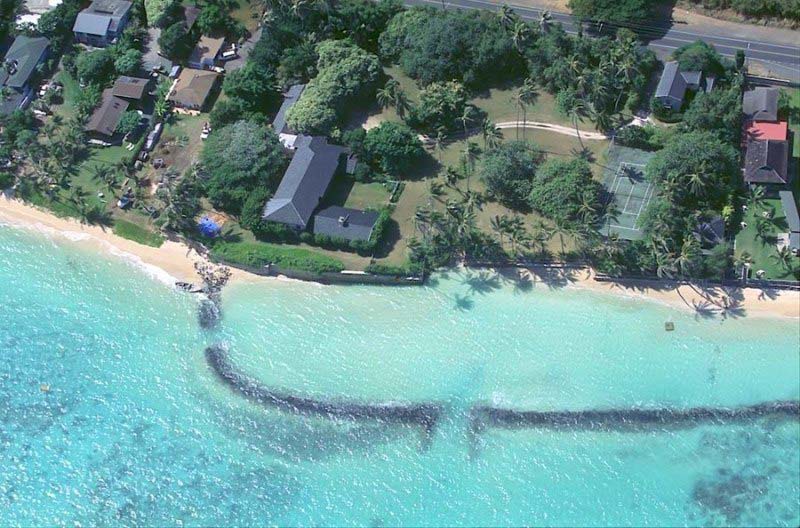 Despite the White House denying it, President Barack Obama is believed to have bought a beachfront Hawaii home with a celebrity past. Located in a secluded section of Honolulu, the property was once used in the filming of the hit television series Magnum P.I.

The property recently sold to a newly-formed LLC, with Marty Nesbitt—a close personal friend of Obama—signing the paperwork. It is likely that Obama bought the home using the LLC and his friend as a proxy. With the President’s term ending in less than two years, the timing gives him (and wife Michelle) just enough time to complete renovations. Either that, or Nesbitt is a big fan of the Aloha State and Magnum P.I., has $8.7M laying around, and shrouds his real estate deals in secrecy. But we wouldn’t bet on that.
— American Luxury, 3/26/15

Now, this house is right on the water; susceptible to a “rising ocean” that would almost totally submerge his home. Not a very good investment for someone who says bad things are coming.

Especially when you do that stupid thing twice….

Barack and Michelle Obama are reportedly trying to buy a sprawling estate in Martha’s Vineyard from Boston Celtics owner Wyc Grousbeck. The home is on the market for $14.85 million, and features seven-bedrooms and nine bathrooms inside the 7000 sq ft main residence.

Obviously, very few of those who’ve been forced to endure valuable classroom time watching “An Inconvenient Truth” or voted for and supported Barack Obama will ever get an up close and personal opportunity to ask both why they scared the bejeezus out of millions of children, prompting visuals of dying-by-drowning, while millions more try and pick up their lives after losing everything now floating aimlessly out to sea.

But there is always wisdom in some of our most simple of sayings and whomever came up with “Do as I say, not as I do” must have been in close proximity to P. T. Barnum who supposedly said, “There’s a sucker born every minute”.

John Kerry and wife Teresa Heinz just plunked down a small fortune to purchase a historic property up island, far from the madding crowds that characterize Edgartown and Oak Bluffs in the summer. 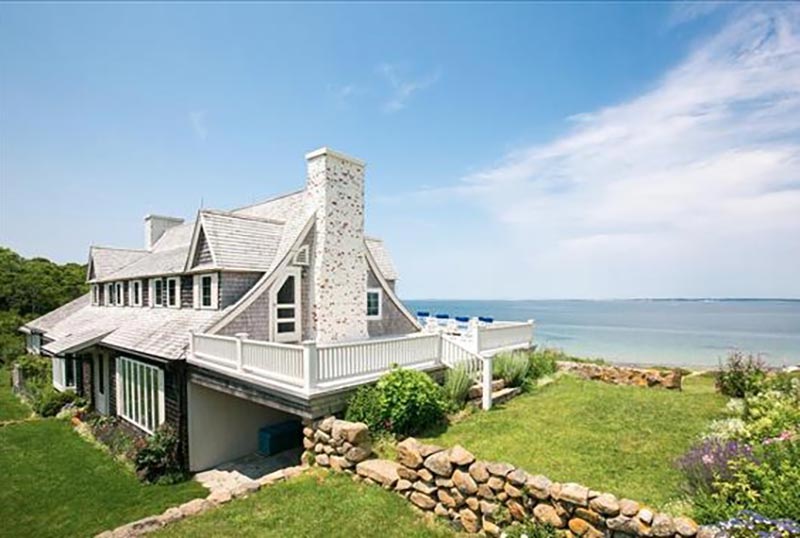 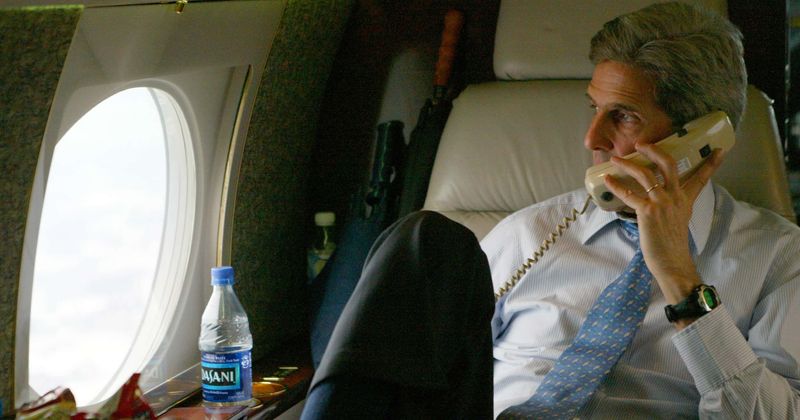 Indeed, the former secretary of state, who likes to consider himself a man of the people, will be very hard to find at Seven Gates Farm, an exclusive enclave in Chilmark. Kerry and his wife — using a private trust to negotiate the deal — shelled out $11.75 million for the spectacular 18-acre property overlooking Vineyard Sound.
— Boston Globe, 4/26/17

And when you’re a hypocritical elitist, all you have to add is, “private”.