And people her age wonder why they’re not taken seriously.

To be fair, on January 21, 2019 when Representative Alexandria Ocasio-Cortez spoke at the MLKNow event in New York City honoring Martin Luther King Jr., she was not the first Democrat to think black people are intellectually inferior, thus could be told something that defies common sense.


…
It didn’t take long for her to be called out via social media. 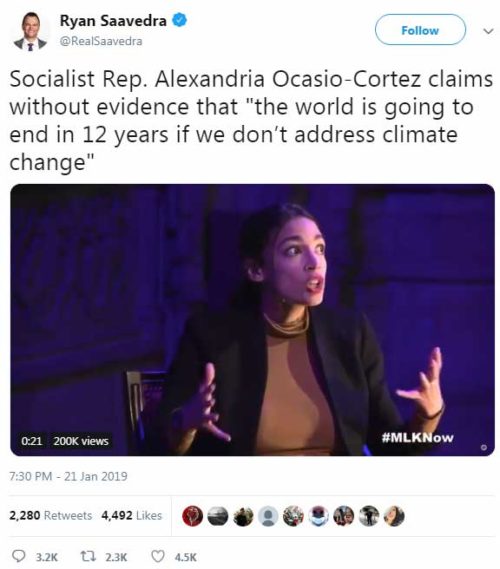 So, instead of being an adult and admitting she was wrong, Ocasio-Cortez not only claimed we all heard her wrong but we would’ve been really stupid to have taken her literally. 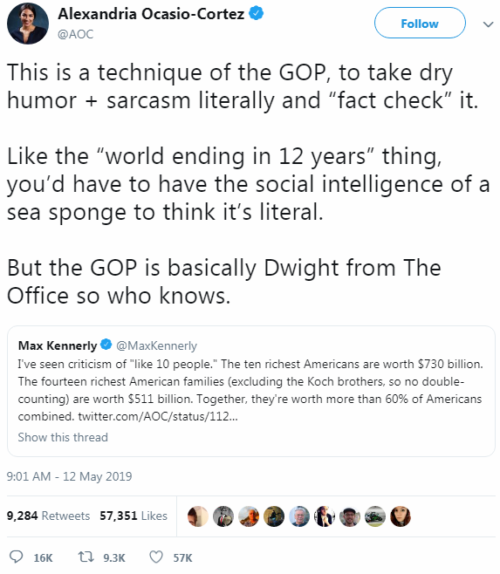 So, from now on we suggest that anything said by Representative Alexandria Ocasio-Cortez not be fact checked. That would hurt her fragile feelings.

But you’d have to have the social intelligence of a sea sponge to literally accept anything she says as factual.