Public Declarations of ‘Ended’ Veteran Homelessness is a LIE

In the media’s ongoing attempt to prove how much better they are than the American people, CNN issued the following “Do more than just thank a veteran” in their daily email drop.

Help veterans on the streets
A phone call can also make difference in the life of a veteran who is homeless or at risk of becoming homeless. Call 877-4AID-VET, or 877-424-3838, to connect with help at the VA. This service is available 24 hours a day, seven days a week. The Department of Veterans Affairs’ Stand Down program is designed to help homeless veterans “combat” life on the streets. Stand Downs are usually one- to three-day events that provide food, shelter, clothing and health screenings to homeless and unemployed veterans. To find a Stand Down program in your community, contact your local VA hospital.

This implies there ARE veterans that don’t have a warm place to call their own, however if you were look at the declarations of states and municipalities (mostly Democrat-run) you would get a far different impression of the plight of too many veterans.

The whole theme of “ending veteran homelessness” was initially a pet project of First Lady Michelle Obama and we all know the priority “pet projects” of the boss’ wife are given, even if the results have to be embellished to keep the wife happy and those involved in good favor.

When this administration took on the challenge to end veteran homelessness, many believed that it was an unattainable goal. A growing list of more than 35 communities, and the entire states of Connecticut, Delaware, and Virginia, have proven that ending veteran homelessness is possible and sustainable.
— Tina Tchen, Assistant to the President and Chief of Staff to the First Lady

Opportunist politicians took the cue and announced successes that require a suspension of common sense.

And it just snowballed from there….

“Functionally” and “effectively” are political words used to dance around reality for political backpats and points. Some even leave those words out and make the declaration despite the very real reality on the ground.

Utah had touted ending homelessness for veterans years ago. Now the numbers are increasing

While the first person whom a veteran reaches out to points to a shelter, what does it say when being on the street is preferable to any homeless shelter a social worker, politician or nonprofit brags about but would NEVER choose to stay in themselves? 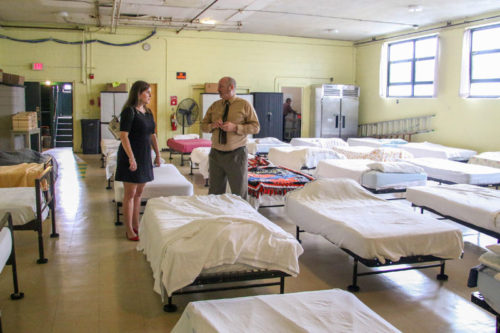 This shelter pictured above probably got advanced notice a state senator would be dropping by so don’t assume it looks (and smells) this clean the other 364 days of the year.

Let’s be real: the military and subsequent veterans are very low on the priority list of many politicians, yet politicians and nonprofits love to be pictured with black homeless veterans in particular to tug on public and donor heartstrings.

But as no one has called the politically-motivated out on the lie, it continues on….

The federal government is even showcasing the ending-veteran-homelessness fabrication. 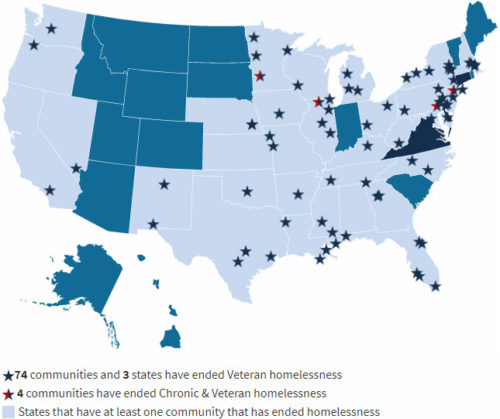 Communities and states that have ended Veteran homelessness

The VA continues to be a mess, albeit not as bad as in previous years, and taxpayer dollars meant for homeless veterans are quickly diverted to more desired immigrant refugees, illegal aliens with children, unwed mothers with children, etc.

The “success” stories continue to trickle in….

Series of innovations has virtually ended homelessness among veterans in Minnesota 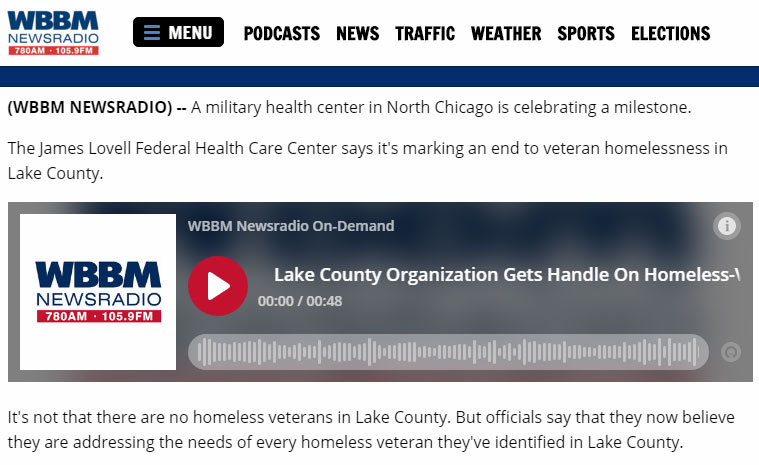 Yes, the same Phoenix the late John McCain said was free of homeless veterans and way up near the top of our list, Connecticut in 2015 was declared the second state to end veteran homelessness.

Connecticut Coalition to End Homelessness CEO Richard Cho says in the report that “Connecticut appears to be maintaining its progress on ending veteran homelessness as the number of homeless veterans remains low, and homeless veterans that are identified continue to be reconnected to stable housing quickly (e.g., within 90 days).”
— Fox 61, 6/22/19

Kinda sucks when you have to revise the lie; a lie that requires constant updates.

Abilene officially ninth city in US to end veteran homelessness

The fact we still have homeless veterans is something we’ll continue to see on our street corners and sidewalks despite what politicians and the media say to our faces.

Veterans homelessness is down 49% since the Departments of Housing and Urban Development and Veterans Affairs began an inter-agency effort to tackle the issue nine years ago.

More specifically, about 77 communities and three states across the country have declared an effective end to veterans homelessness, Hunter Kurtz, assistant secretary for public and Indian housing at HUD, told a handful of members of the House Veterans Affairs Committee at a field hearing in San Diego, California, last week.
— Federal News Network, 8/28/19

If only Secretary Kurtz and the president really knew the reality.