Let’s be real from the onset: liberal Democrats are not as angry with Donald Trump as they are with the American voters who put him in office as well as the system that brought about a presidential election defeat that drove them to tears and more. The Electoral College “anachronism” that they hailed in 2008 (the ONLY reason Bill Clinton was elected twice) is now a serious problem Democrats will mess with soon enough….

But as evidenced by their tactics starting with #BlackLivesMatter, disruption of the lives of the American people was a direct act of punishment. The election of President Trump inspired the Democrat-sanctioned Indivisible #resistance that sought to push back against a public official they didn’t vote for and punish the American people to this day. We see their punishment with the introduction of everything anti-Trump in our classrooms, cable news and media reporting, primetime television plotlines, late night so-called comedy shows, music and more.

Now that Democrats have some Capitol Hill power, they can start exacting their punishment against those who dared vote against them.

Democrats will take control of the U.S. House in January with big items topping their legislative to-do list: Remove obstacles to voting, close loopholes in government ethics law and reduce the influence of political money. Party leaders say the first legislative vote in the House will come on H.R. 1, a magnum opus of provisions that Democrats believe will strengthen U.S. democratic institutions and traditions.

The bill would establish automatic voter registration and reinvigorate the Voting Rights Act, crippled by a Supreme Court decision in 2013. It would take away redistricting power from state legislatures and give it to independent commissions.

Other provisions would overturn the Supreme Court’s Citizens United ruling, which declared political spending is First Amendment free speech; they would mandate more disclosure of outside money and establish a public financing match for small contributions.
— NPR, 11/12/18

We see how elections in the United States are now conducted.

When Democrats win by the end of Election Day, the results are a “will of the people” sanctioned and accepted done deal. When Republicans win, we must “count every vote” past Election Day until enough DEMOCRAT votes can be “found” and the Democrat wins. While the left will laugh at this, there are enough recent examples of only Democrats winning after losing to see there is funny business going on. 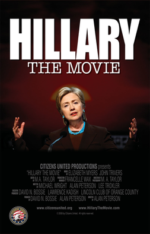 More insidious is the Democrat desire to enable more vehicles to make finding votes when needed by controlling the mechanisms: circumventing state control of their districting and reinterpreting what is free speech. When it comes to Hillary’s “Citizens United” hemorrhoid that’s never healed, Democrats argue that entities are not people and can’t advocate for-or-against candidates… however they’ll never touch the unions that to that very thing and more for them every election cycle, not make one video Hillary didn’t like.

Thankfully, H.R. 1 won’t make it past the Senate and if it did, would be vetoed by President Trump but it’s always nice to know what the other side’s true motivations are.

The only silver lining is salivating Democrats will overreach. They always do when they get a taste of that all-consuming power and their success today will be something they’ll be in hysterical panic-mode at undoing when it comes back to bite them.

And why so much emphasis on Hillary?

Because she’s always needed a path cleared to make things easier for her political aspirations. Creating more voters, Democrats controlling districts and dictating what can or cannot be said about her ever… now why would that be a Democrat priority with the next political cycle being the 2020 presidential election?