CNN’s Chris ‘Fredo’ Cuomo Proves the Media Can Dish it, But Can’t Take It!

They relish in their supposed ability to build something up so they can tear it down. They can provide a public colonoscopy of any subject they choose. They can embarrass, namecall, insult, call into question someone’s integrity, but let someone look into their backgrounds, call one of them something deemed unflattering, question their intelligence and all hell breaks loose.

From behind a couple of… big men, Cuomo does his best Fred Sanfordesque “Hold me back!”

The encounter between CNN’s Chris Cuomo and the man happened at a Shelter Island bar — that appears to be Sunset Beach — on Sunday. The video, surreptitiously filmed by the man Cuomo was shouting at, was uploaded to Twitter by a user who said he was sent the clip.
— Mediaite, 8/12/19

It seems to be a mystery to many that “Fredo” is the Italian equivalent of the “n-word” to black people, albeit a pitiful comparison.

Cuomo’s reaction is perfectly fine for me. I’m not Italian, so I’m not bothered by the word Fredo, but unless there is another Fredo who was stolen from his homeland, enslaved, beaten, ripped from his children and forced to watch as his wife was raped, then Fredo is nowhere close to the n-word. That’s what Cuomo tried to explain during the incident. He literally argued that Fredo is a racist slur akin to calling a black person the n-word.

However, Chris Cuomo should be applauded for the clarification because we all thought Fredo was your garden variety referral to the “dumb” one in the family. 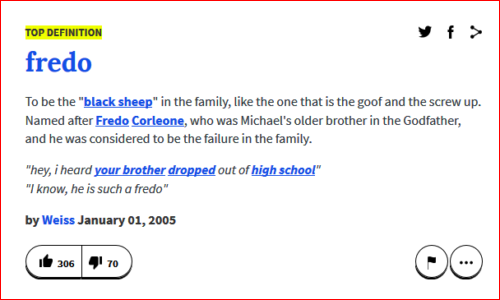 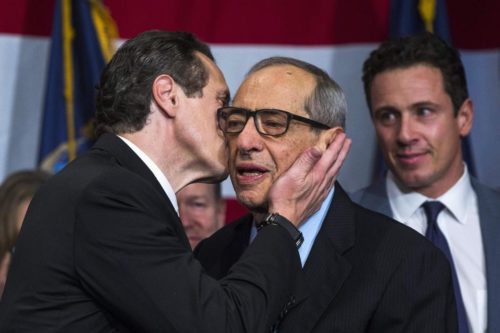 According to Cuomo, we were all wrong.

But this is yet another example of a media figure who believes HE can call people liars, demean those with whom he disagrees with, and dictate how the American people should conduct our daily lives but when called a name he considers an insult, can go off and his employer is okay with that.

Chris Cuomo defended himself when he was verbally attacked with the use of an ethnic slur in an orchestrated setup. We completely support him.
— Matt Dornic, CNN spokesperson,, 8/13/19

Not sure if that encounter would meet the media definition of a verbal attack, but we guess it all depends on who’s receiving the “attack”.

According to the Hollywood Reporter, the video was a conservative prank …

Again note how the media consistently identifies the “conservative” but they never seem to get around to labeling anyone liberal. As if the liberal is in the mainstream and the conservative is fringe.

… first posted by conservative media personality Brandon Straka. Straka shared the video on his YouTube channel “That’s the Point,” saying the clip was sent in by a fan. Straka claimed that the man in the video did not know Cuomo’s real name, only that Rush Limbaugh refers to him as “Fredo.”
— NewJersey.com, 8/12/19

This from the same media that relishes every “got’cha” moment they can gleefully report on, “orchestrated” or not. And like most thinned skinned, they’re also a prime example of both hypocrisy and selective memory which almost always comes back to bite.

Cuomo was interviewed by Curtis Sliwa on his AM 970 radio show in January 2010 about whether his brother Andrew might seek the Democratic nomination for governor. Sliwa said he dubbed the Cuomo family “la Cuomo Nostra.”

“There is a group of people — politicos — who always hint they might run, but not necessarily plunge all the way, and they are members of la Cuomo.”

“Who am I, then, Fredo?” Cuomo asked in response.

So, the lesson of all this is something we already know.

Exactly. Chris Cuomo and his overpaid, teleprompter-reading media colleagues can look down on and mock us, destroy our reputations, destroy our livelihoods, and even publicly slander us behind the shield of their First Amendment protection, but please… leave THEM alone.

They just can’t take it.