©Black & Blonde Media
346
I had a recent discussion with “Canadian individualist anarchist and individualist feminist” Wendy McElroy about a topic that really didn’t see much of the time of day by the mainstream media (or at least as much attention as it would have received had the roles been reversed). What made things worse was the turning of a very serious crime into a daytime chat show joke. I’ve read many of Wendy’s pieces over the years and it was an honor to be able to personally get her take on this incident. 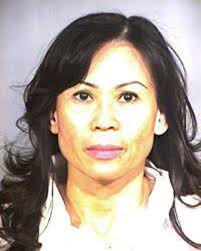 Bob: Wendy, I try and consider myself a person up on the news of the day but this story seems to have gotten by me as I’ve seen scant media coverage of this. Would you please give us a brief rundown of the story of Catherine Becker?

Wendy McElRoy: A recent press released from Stop Abusive and Violent Environments — a national organization against domestic violence whether it is committed by men and women — described the story well. S.A.V.E. wrote, “Catherine Becker drugged her husband, lashed him to a bed, severed his penis, and threw it into a garbage disposal. Becker coolly explained to the responding officers, ‘He deserved it’.”

The actions were apparently in response to divorce proceedings. Becker now faces charges of aggravated mayhem, false imprisonment, assault with a deadly weapon, administering a drug with intent to commit a felony, poisoning and spousal abuse.

Bob: I read about the outrage generated from an “opinion” of the case by Sharon Osborne. What did she say and why is it, in your opinion, this kind of sentiment persists in society today?

Wendy: Sharon Osborne is one of regular women on CBS’s The Talk, a woman’s ‘chat’ show. When Becker’s story arose for table discussion, all of the women made light of the vicious genital mutilation but Osborne led the charge. She crowed to the national audience that the act was “quite fabulous.” She chortled while imagining the penis being ground up by the garbage disposal. The only point on which Osborne disagree with Becker’s actions: She would have thrown the penis in the dog food bowl. Another woman regular commented, “Why would you do that to a dog?”

Sharon Osborne “apologized” but it didn’t really come off as an apology, did it?

There was a backlash of public fury against the sheer malice and hatred of men expressed by the show. Clearly, the women were pressured to recant their glee over genital mutilation — when it is performed on a male, that is. Undoubtedly because she was the main offender, Osborne began the apology but could not utter more than a few syllables before beginning to laugh. She caught herself but, within a few words more, was again on the verge of chuckling. Finally, another regular interrupted Osborne with her own milk-toast weak apology. Basically, it consisted of repeating the statement that none of the women at The Talk meant harm. Of course, this is actually a defense of them and their actions, not a condemnation of male genital mutilation… but, at least, the second woman did not burst out in laughter.

Bob: I kind of remember a similar sentiment expressed by some in the media representing “womanhood” after the Lorena Bobbitt incident. Why is it women can commit such gruesome crimes and the response is almost some kind of warped sense of congratulation? Imagine if a man mutilated a woman. These same women would be calling for the harshest sentence possible, but when a woman mutilates a man, it’s deemed “hysterical”.

Wendy: The vast difference between how many respond to male versus female genital mutilation is a vivid, graphic illustration of the dehumanization and devaluing of men, especially in sexual matters. I cannot imagine a talk show being allowed to broadcast if four men snicked and guffawed at a woman’s breasts or genitalia being ground up by a male. It is a hideous double-standard but it is the logical result of decades of gender feminist propaganda that depicts all men as oppressors who ‘have it coming’.

Bob: You don’t appear to want to let this one go. What do you plan on doing about this and you know a lot of women out there may consider you some kind of traitor?

Wendy: What I do not want to let go is the demand for men and women be treated with equal compassion and justice. As for Becker, I think it is prudent to let the story go because of ‘time-value’; it is already old news. Perhaps when Becker is tried, if that occurs, the story will become timely once more. But the themes that drove the Becker case and the media’s reaction are omnipresent in our society. As long as women are applauded for violence against men, up to and including the act of slicing off a penis, then husbands and sons are literally not safe in society.

What I am doing right now to champion the safety and equal rights of men is to co-ordinate the first media campaign of CAMP (Countering Abuse Misinformation Project), a new venture that has been launched by S.A.V.E. The campaign: The Department of Education (DED) has issued a directive that requires colleges to use the “preponderance of evidence” standard in resolving allegations of sexual assault, a standard that in practice removes the presumption of innocence. The American Association of University Professors, the Foundation for Individual Rights in Education, and SAVE have all called for the DED to remove this unconstitutional policy.