The nature of the evidence is irrelevant; it’s the seriousness of the charge that matters.
— Tom Foley (D), Former Speaker of the House

Before we get all wrapped up in the traditional pity for the poor, picked-on, helpless little girlie like most of the online male bloggers are doing, let’s not take the present narrative at face value without looking at the face’s past exploits.

One of the big stories of the last two days is, “Breitbart News’ Michelle Fields said she was nearly thrown to the ground by the aide after asking Trump a question”…”nearly”.

In an article published Thursday on Breitbart, Fields said she was covering a campaign event at the Trump National Golf Club in Jupiter, Florida, when the incident occurred. She said Trump seemed to be in a good mood at the event, as he had just won multiple primaries, and was walking around answering questions from reporters.

So, when Trump approached her, Fields said she asked him a question about affirmative action. Before he could respond, she said she was “jolted backwards. Someone had grabbed me tightly by the arm and yanked me down,” she wrote. “I almost fell to the ground, but was able to maintain my balance. Nonetheless, I was shaken.”

There are many red flags here as it always seems to be all about Michelle, and this is NOT the first time.

In 2011, coinciding with an Americans for Prosperity event in Washington, D.C., Michelle Fields found herself in the middle of an Occupy DC protest and again, she was a victim.

While covering Occupy DC’s protest of Americans for Prosperity’s “Defending the American Dream Summit” Friday night at the Washington Convention Center, Daily Caller video reporter Michelle Fields was verbally harassed throughout the evening. In an interview, she tells TheDC about how she felt threatened and how the Occupy DC mob looked anything but impoverished.

Daily Caller editor Jamie Weinstein’s (who, incidentally is Field’s boyfriend) piece on the incident was sickening. Seriously, when was the last time you remember an editor write a piece on how badly one of his or her reporters were treated in a protest? It just doesn’t happen because reporters are supposed to have enough common sense to not get in the middle of anything where tensions run high. That’s why video cameras come with standard features like a zoom lens….

Michelle Fields exploited her “harassment” and was awarded with much Fox News coverage. However, her head got so big that, insider word was at the time, she then refused to write; she only wanted to appear on camera and that eventually got her fired from the Caller. At one point I was later told she approached my former employer, was told by another department that they were going to pass on hiring her and wanted to know if I wanted to speak with her about employment. The answer was, “Hell no”.

But Michelle succeeded in getting that “contributor” gig with Fox News and has bounced around a few places (PJ Media, Reason) before ending up at Breitbart. Whether we’re talking about her claiming to be sexually assaulted by Allen West or “roughed up” by the NYPD, the constant remains that Michelle Fields always seems to be the whimpering victim. 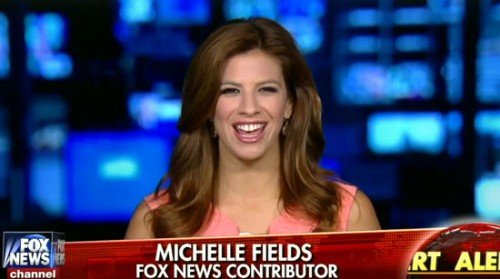 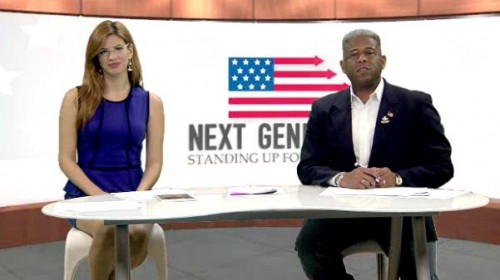 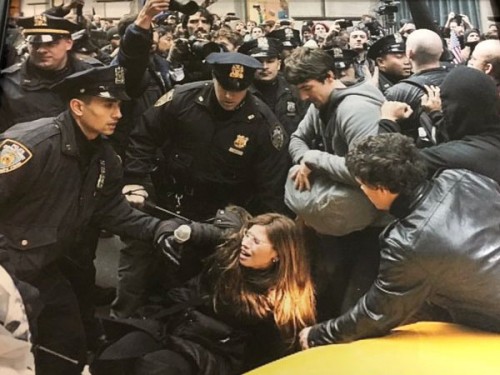 What could be the motivation here? You have Michelle, again, on national news describing her maltreatment, her ever-promoting boyfriend who works for the competition, interjecting himself into the story, as the recurring theme is making it about them.

Now that charges have been filed, don’t dismiss the possibility this could also be about…. 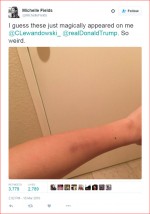 What is clear is that in the conservative movement, women are not looked upon in a very Christian way, and the women exploit that to their advantage whenever possible, using whatever techniques at their disposal. Michelle Fields, instead of a slip-and-fall, seems to be whatever will get her from Point A to the Point B that continues to keep her at arm’s length, and for good reason.

Michelle Fields is not the first “reporter” to have ever been pushed out of the way during the intensity of an event. She does seem to have a habit of winding up on the floor or ground and making a big deal about it.