It’s all about them now being the victim and a need to change the “culture”… but to what? 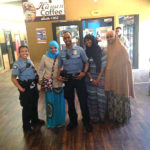 Amid the calls for justice for the Australian woman killed by a Minneapolis police officer, a Somali leader in the community claims there also has been racist blowback against their community.

“We have a tragedy at hand, and we have a community that’s frightened. That’s what I want to highlight and that’s the reason we’re here,” said Minneapolis City Councilman Abdi Warsame.

Officer Mohamed Noor, who pulled the trigger and killed Justine Damond, is Somali-American. Damond was white. Noor, who has received recognition from the city’s mayor, also has two open complaints against him. Warsame is calling for an end to racism and Islamaphobia that he said has targeted their community since the July 15 shooting — mostly through online and social media comments.
— USA Today, 7/24/17

But of course, there are two sides to the story and in this case we have a city that was targeted by HUD with Section 8 housing vouchers specifically to send Somalis to Minnesota. How do we know this? Stay tuned….

“That’s what I see in Minnesota — too many people who are afraid of being called ‘racist,’ ‘bigots,’ ‘Islamophobe,’” former Republican presidential candidate and U.S. Rep. Michele Bachmann said. “I’m not afraid of it.”

She also mentioned Justine Damond, the woman who was shot and killed late Saturday by Minneapolis police officer Mohamed Noor. She called Noor an “affirmative-action hire by the hijab-wearing mayor of Minneapolis, Betsy Hodges,” and insinuated that Noor may have shot Damond for “cultural” reasons.

“In Minnesota, we have been marinated in political correctness so long we dare not even allow ourselves to think about cultural questions,” she continued.

Speaking of Mayor Hodges, it would appear, she has great interest in Somali Muslims in her city and praised Officer Noor upon his hiring by Minneapolis Police Department. 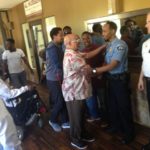 In 2016, though, Hodges wrote a lengthy Facebook post that praised the hiring of Noor. A city newsletter said Noor was hired in March 2015 and “is Fifth Precinct’s first Somali-American Officer.” A welcoming event in his honor “was well attended with hundreds of people showing up to meet, congratulate, and welcome him to the precinct,” the newsletter said.

Hodges joined in that welcome.

“I want to take a moment to recognize Officer Mohamed Noor, the newest Somali officer in the Minneapolis Police Department,” she wrote.

“Officer Noor has been assigned to the 5th Precinct, where his arrival has been highly celebrated, particularly by the Somali community in and around Karmel Mall. The community even hosted a meet and greet event (see pics) to welcome him,” Hodges wrote. “A wonderful sign of building trust and community policing at work. Welcome Officer Noor and all of the new officers in their new precinct assignments across the City.”
— Heavy, 7/24/17

And if that wasn’t enough, Mayor Hodges (Minnesota Democrat-Farmer-Labor Party) delivered her 2017 State of the City Address one day after the Manchester terror attack, not in the traditional government chamber in front of legislators but at a local mosque. So much for “separation of church and state”.

Absorb the contempt Mayor Hodges has, for not only the President of the United States, but for any American who was so nationalistic and racist enough to vote for him.

That anti-Trump, call to #Resist segment of her near-one hour address highlights what will make this case problematic because we all know what happens when a white cop beats a rap when it comes to the killing of a black person. Will there be “peace” if Officer Mohamed Noor is found somehow guilty of the killing of Justine Damond? Will the usual pro-Muslim provocateurs descend on Minneapolis and make this about Islamophobia instead of police misconduct? Will Noor’s color be used as a potential club?

All this is up in the air because we’re not talking about the law as it’s written and should be enforced.

We ARE talking about Minneapolis.

The initial reports is that the officers’ bodycams were NOT turned on. Now we find out they were. Any private citizen would be looked at with justified suspicion had they changed their story.

The video, captured by Aikins’ body camera as he rushed to the scene in July 2017, played out in heartbreaking detail Thursday in the courtroom where Noor faces murder and manslaughter charges in the killing of 911 caller Ruszczyk, who was also known as Justine Damond.

Before the 22-plus minute video played, Judge Kathryn Quaintance warned it was graphic and said observers could leave. Don Damond, Ruszczyk’s fiance, and other family left. Her father John Ruszczyk and his wife stayed, squeezing hands with Damond and other family members as they passed.
— Minnesota Public Radio, 4/11/19

So, for some strange reason the bodycams were off during the initial contact and shooting but turned ON when there needed to be video that would be to their possible benefit.

The recordings capture images of officer Matthew Harrity and Noor each administering CPR, their statements to the victim (who does not appear to be conscious), and her gasping for breath. “Harrity’s [body worn camera] recording also captures an approximate 20-second Q&A between Harrity and supervising sergeant after she had arrived on the scene,” Judge Kathryn Quaintance wrote.

Noor and Harrity did not have their cameras on when the shot was fired.
— The Guardian, 4/12/19

We would like to believe we can trust law enforcement.