Paris Hilton and the Arrogance of Narcissistic, Self-Aware Millennials

We know we can’t be alone whenever we turn on CSPAN’s Washington Journal and see someone in their mid-to-late 20s who’s a “senior” this or “in-chief” that. Exactly how does someone with limited life experience be regarded an expert on anything?

One of the most irritating attribute of the millennial is their assumption that nothing happened prior to their personal awareness of the world. The latest example came from millennial Mensa, Paris Hilton. 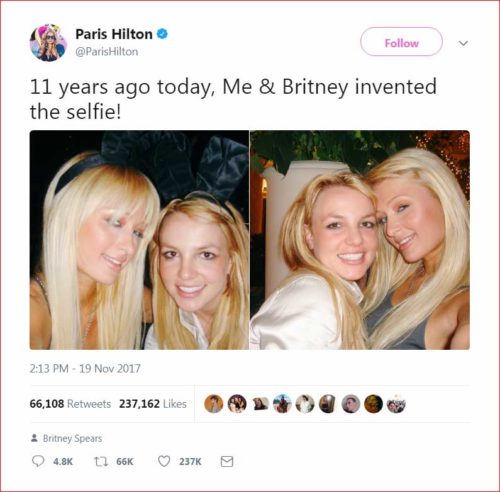 We’re not sure if Paris Hilton is aware of the fact that social media is a fairly recent invention and that prior to receiving her first smartphone, people actually did things without a social media website sending the world a “notification”. Believe it or not, cameras existed prior to Paris’ 10th birthday in 1991 and people even stood in front of said camera and actually took pictures of themselves! 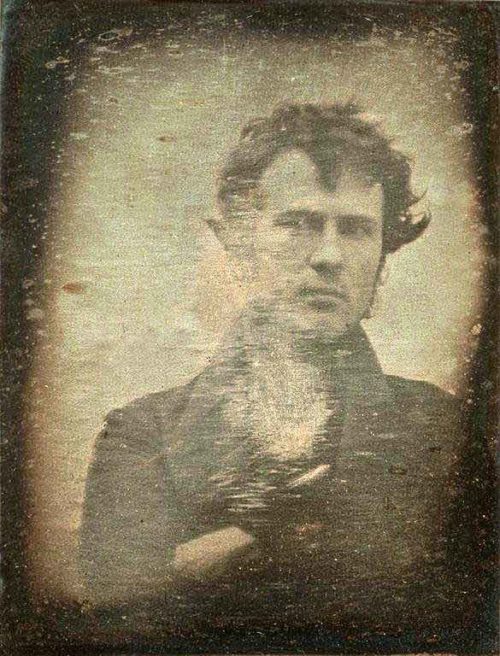 This 1839 photograph by pioneer Robert Cornelius just could be the first documented selfie, a cool 167 years before Paris’ trendsetter.

Here’s a brief example of others that predated Paris-Britney….

And when it comes to those omnipresent “bathroom” selfies that plague social media profiles, one of our favorite sources offers one of the best definitions of the oft-used backdrop.

Other optional elements are often associated with selfies. Use of a mirror is common, especially mirrors found in dirty, unphotogenic bathrooms. Bathrooms are a popular location for selfies since so many believe that the worse everything around them looks in the photo, the better they will appear by comparison.
— Urban Dictionary

Unbeknownst to the arrogant, self-absorbed millennial like Paris Hilton, the world really existed before they realized things were going on outside of their immediate surroundings.

Most of us when commenting, don’t just rely on our memories but undertake that tedious practice called “researching” so we can put things in proper context. Heaven forbid, we also learn things by doing so and have a much lesser chance of making fools of ourselves by assuming something never happened until we saw or did it ourselves.