When a Republican presidential candidate says something deemed offensive, his words are never forgotten and always used against him.

If a liberal says things clearly offensive, it’s not only blown off but he or she could also be embraced… as a vice mayor! 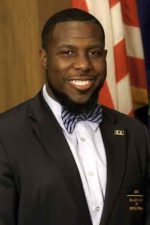 In the aftermath of the Charlottesville violence, the Vice Mayor offered words of healing….

Then again Wes Bellamy also has quite the history when it comes to race and thank CNN for quickly letting him put this behind him.

When offensive video of then-candidate Donald Trump was unearthed by the Washington Post as the 2016 presidential campaign “October surprise”, his words have been held against him to this day. CNN only mentioned three of Bellamy’s many offensive Tweets and accepted his explanation instead of having him answer for each individual post they could have, and would have found had he been a Republican.

Here’s some of the gems Bellamy received a bias-by-omission pass on.

The people of Charlottesville elected Democrat Bellamy, despite his checkered past.

A judge dismissed one charge and reduced another against Charlottesville City Council candidate Wesley J. Bellamy in the city’s general district court Thursday. Bellamy, 26, pleaded guilty to failing to produce a license and paid a $10 fine and $61 in court costs, according to online records.

The initial charge of driving on a suspended license and subsequent arrest warrant issued after he did not appear for a March 14 court date both stemmed from misunderstandings surrounding court paperwork, Bellamy said after the hearing.
— Charlottesville Tomorrow, 5/16/13

It doesn’t look like Bellamy had a nice time in Orangeburg.

Some of his run-ins with the law are fairly recent.

We have detected that Wesley J Bellamy, a resident of Charlottesville, Virginia has been charged by Albemarle County, with charges of 80/65 Speeding.
— Atlas Public Records, 2/8/16

A Virginia Board of Education member has stepped down after a series of his tweets from several years ago surfaced, including public messages that had gay slurs, references to sexual assault and anti-white comments.

Wes Bellamy, 30, a high school computer science teacher and a Charlottesville city councilman, was appointed to the state board of education by Gov. Terry McAuliffe (D) in March. Brian Coy, McAuliffe’s spokesman, said Wednesday morning that “the governor was horrified by what was reported as having appeared on Mr. Bellamy’s Twitter feed.”

Bellamy wrote: “Contrary to what was written, I am not a black supremacist, a racist, a misogynist.”
— Washington Post, 12/1/16

Had he not been outed, would his thinking be different? We’re supposed to assume so because he’s black and said so. 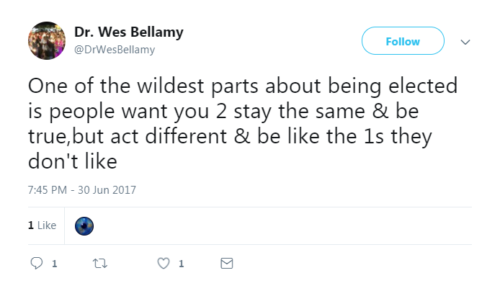 Bellamy was rewarded with a leadership post to promote the Democrat Party’s “progressive” agenda.

Charlottesville City Councilor Wes Bellamy was selected as one of 12 leaders across the United States to join the NewDEAL — Developing Exceptional American Leaders. NewDEAL is a national organization that highlights innovative ideas from elected leaders at the state and local levels of government who are pro-growth progressives, according to a news release from the organization.

“I am proud to be recognized by the NewDEAL for my work to expand opportunity and make government more effective,” Bellamy said in the release. “I’m looking forward to sharing ideas with my fellow NewDEAL leaders and hearing about what’s working best in their communities that can help us grow progress here in Virginia.”
— The Daily Progress, 5/23/16 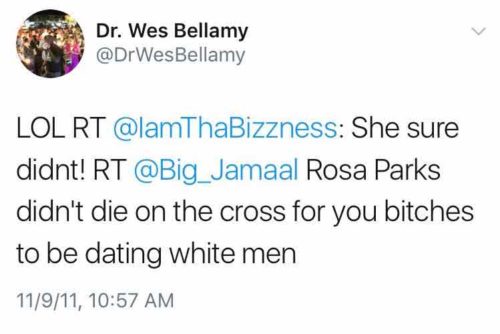 Bellamy was pardoned by the white-guilt, bleeding heart class.

Privilege. The problem of unfair privilege here is not one of race or class or gender but of age and position. If you grew up before every spring break lunacy and adolescent pretense was enshrined forever on the internet (outside of wise European efforts to provide a right to be forgotten), you must be very careful in criticizing those who have grown up since that underappreciated age.

Race. Much of the criticism of Bellamy is dripping with racism and indignant accusations of hypocrisy, both because Bellamy’s race is imagined to bestow privileges on him and because Bellamy has voiced criticism of the public display of Confederate statues as racist.
— David Swanson, The Daily Progress, 12/11/16

Had Bellamy been a Republican, it’s fair to guess Swanson’s opinion would be slightly different and not-so understanding.

So the next time the people of Charlottesville, especially you “beanpole body”, “White women=Devil” and “little white men” see your vice mayor, remember what he thinks of you behind your backs while he smiles to your faces. 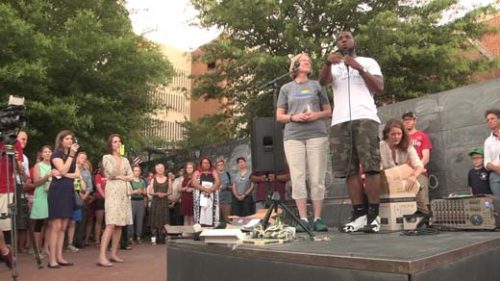 Either white Democrats of Charlottesville are clueless as to the kind of person they elected to a leadership position or they voted for Wes Bellamy out of fear of being called racist… by a racist.

Think about what happened in Charlottesville and who may have had a hand in getting the ball rolling. 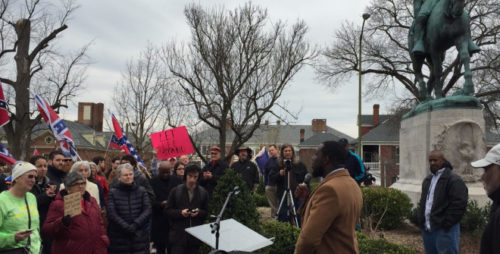 From Senator Robert Byrd to Al Gore, Sr. to William Fulbright to Bill Clinton to Wes Bellamy, it’s more than clear what one can say, do, and get away with if you’re a Democrat.