It’s become a sad reality in the United States. Race hustlers who thrive on any opportunity to push that wedge further into the racial divide as a means to increase their personal (and financial) relevance. The “healing” seldom happens.

What’s also sad is how quickly those, who were on the sidelines, use race as their kneejerk response to a tragedy regardless if race was an issue or not.

Authorities on Thursday released a composite sketch of a man accused in the death of a 7-year-old black girl during a Houston-area shooting that her family believes might have been racially motivated. The suspect is described as a white man in his 30s or 40s, wearing a black hoodie, with pale skin and blue eyes.

At a separate news conference, Jazmine’s mother, LaPorsha Washington, said she believed the shooting could have been racially motivated.
— Associated Press, 1/3/19

As we all now know, the shooter of Jazmine Barnes was a young black man but that didn’t stop the usual activists, media and politicians from interjecting themselves into the social media barrage.

Hailey Cantrell says despite the arrests of two suspects in the murder case, as recent as Monday, there have been threatening comments on her Facebook page regarding her uncle, Robert Cantrell. “I hear, ‘Someone is going to rape, torture and murder the women and children in your family,” Hailey read from one comment.

Photos of her uncle were widely circulated starting last Friday. In a now-deleted Twitter post, activist Shaun King, who has one million followers, posted Cantrell’s mugshot and wrote, “We’ve had 20 people call or email us and say he is a racist, violent (expletive) and always has been. Just tell me everything you know.“
— ABC7 Chicago, 1/8/19

Of course, I’ve often been reminded how simplistic it is to expect black people to not commit crime because I contend if black people weren’t doing the acts we see prominently almost every evening on our local news, there may not be such an instinctive jump to blame blacks for crimes they didn’t commit.

Black men commit a disproportionate amount of crime in the United States which is why a Susan Smith or Charles Stuart could initially blame a black man for a horrendous crime and have it believed. Black people justifiably outraged when the truth comes out can only be taken as a head shaker. 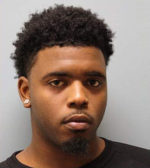 That outrage is looked at as shallow when a white man is falsely accused and the perpetrator is later revealed to be black. Those same blacks then find ways to squirm out of their faux outrage and justify it, if possible. I won’t even dignify those who seek relevance on social media for chiming in, offering up their hollow words of wisdom, that is until the black face of Eric Black, Jr. destroyed the desired “white supremacist” storyline that temporarily gave them something to blab on about; as if we were dying to know what THEY thought in the first place.

The search for Jazmine Barnes’ killer has gained recognition nationwide from community activities and celebrities including actresses Gabrielle Union, Olivia Wilde, Sophia Bush, and activist Shaun King, who have all acted to spread the word about this mysterious shooting.

“Find him! This evil monster must be stopped!,” Union tweeted on Wednesday afternoon, a plea echoed by Wilde in her own tweet.
— Daily Beast, 1/3/19 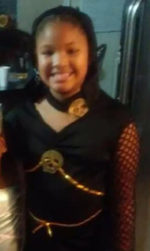 Jazmine Barnes will sadly go on to be yet another sad statistic in that not-to-be-discussed black-on-black crime statistic because until white liberals (including Shaun King) and black race hustlers stop treating blacks like pets who don’t know right from wrong and use them to perpetuate self-imposed victimhood. Inner cities-turned warzones like Chicago will perpetuate. The media will amplify the carnage instead of decry it because it doesn’t happen in the quiet suburbs where most of them live to people they don’t care to live amongst.

And they’ll all rush to social media where one uncorroborated side of the story is all that matters.