Despite the onslaught of radio and television commercials you consume from supposedly benevolent entities who are doing this for veterans or that for veterans, the reality appears to be a whole lot different and those who claim to be helping vets (of course, with your charitable donation) don’t really want to solve the problem because that would eat into their bottom line.

Go to the Facebook page of a nonprofit that claims to help homeless veterans and for the most part, you’ll see staff members who clearly aren’t veterans, thus have no frame of reference and no sense of urgency. You’ll see people who point veterans to a shelter (owned and operated by another nonprofit) and food bank, who clearly could miss a few meals themselves and overpaid principals who post their lavish vacation pictures for all to see.

Remember, these nonprofits are the beneficiaries of tax-exempt status and/or millions in annual government grants (fraud, waste & abuse?) and yet there are some things they DO do best: point a homeless veteran to a shelter, offer housing and/or programs that require that veteran to have at least one case worker to intrude into their lives as a condition. Nonprofits need veterans whom they can control so they can keep their employees fat, housed and happy. 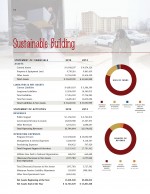 For example, there’s one nonprofit that services the Southern Maryland/D.C./Northern Virginia area that currently receives around $30 million annually in government grants, employs over 600 people, and personally told us they’re having financial difficulties. How does that work, unless most of the money that’s supposed to go to helping the homeless and veterans are primarily diverted to a quasi-effective staff?

We won’t even get into that near-impossible to access VASH program for homeless veterans. Dead links are a bright red flag and also a clear message.

Veterans must meet the definition of homelessness defined in The McKinney Homeless Assistance Act as amended by S. 896 The Homeless Emergency Assistance and Rapid Transition to Housing (HEARTH) Act of 2009.

With that, the following was written by a homeless veteran in Atlanta who gave us permission to share a very common frustration….

To Whom It May Concern,

My name is Steven Roberts Jr and I am a homeless veteran who has been diagnosed with severe depression and suicidal tendencies. I have not had a place to call my own in well over a year and a half but I do not fit the constantly changing definition of homeless that qualifies me for help from the VA Housing for Urban Development. I have been called twice in 6 months for an interview where I have answered all of the questions to the best of my ability to include my current and past living arrangements, physical health, and mental health. Both times I have been told that I do not qualify for HUD VASH and that I should try other avenues. As I am usually a very empathetic person who has the ability to see both sides of a coin with understanding this time I am not. Maybe because it’s very personal and hurtful to me that despite my best efforts I remain unable to find permanent housing on my own and then to be told from an agency that I was referred to and have seen help other veterans who have been in exact similar situations as myself yet I’m told sorry, you’ll have to try another agency or continue being homeless before we can help.

Right now I’m staring out of the window looking at the ground. Tonight I will be looking for abandoned cars with unlocked doors to sleep in. With any luck I will find one with open doors, closed windows, and enough space to where I can actually lay down but close quarters enough to huddle myself between the front and back seats to preserve warmth. It’s sad to think that I have to plan my evenings this way. I don’t want to live like this anymore, so much so that I’m now thinking that I don’t want to live at all. Why should I bother caring about my life when no one else does? The fact that HUD VASH would call me, ask all these personal questions, and allow me a slight moment of hope that I am finally catching a break and will be able to get something stable in my life, only to tell me that through everything that I’ve experienced in the past year and a half that I’m not a viable candidate for housing is something I could have gone without in my day. If I had my depression under control before than I am certainly in a downward spiral of negative emotions now. I wish they hadn’t called. At least then I wouldn’t have been uplifted only to be slammed down.

With the definition of homelessness ever changing and the number of Veterans with mental health issues at an all-time high it seems as though a homeless veteran who commits suicide is an acceptable loss. It’s less money that needs to be allotted towards housing and health care. It’s cheaper for the govt to let you kill yourself or put yourself in a situation where you might commit a felony than it is to help them find housing if they’ve been anywhere less than on the streets for a cascading amount of time. I understand now. My life, my sanity, and my well-being are of no actual concern to the country I pledged six years of my life to is what I’m getting from all of this. America is a corporation and this is a business decision seems to be what I’m understanding. I will stop wasting everyones time. I will find a bridge, a rope, and a handgun if necessary so as to save the govt the burden of needing to worry about me. My struggle is of no consequence to the Veterans Administration, U.S. Department of Housing and Urban Development, U.S. Inter agency Council on Homelessness, Selective Service Veterans Fund, or any other agency or council that is perceived to be a beacon of hope for disadvantaged veterans needing a boost to end their string of hopelessness and homelessness. I’m sure this isn’t a specific goal, but it sure is a cost effective byproduct. God bless all who these agencies have helped, and I pray that the others like me who have a hard time seeing the positives in this process stay strong and find the help they need to continue fighting against homelessness.

We understand Mr. Roberts’ frustration, only exacerbated by those who say they want to help veterans (the homeless veteran in particular) and then donate to a nonprofit that takes in that donation and points a veteran to a shelter, instead of helping that veteran secure employment and housing with the minimum of intrusion. Just check out the HUD-VASH model that appears to put the emphasis on keeping a “case” worker employed over fostering veteran independence.

Eligible candidates for the program are expected to participate in case management and utilize the supportive services, treatment recommendations and assistance needed to successfully maintain recovery and sustain housing in the community. Case Management is the heart of this program and is a requirement for participation in the HUD-VASH voucher program.

When going to a function for veterans consists of receiving small bags of toiletry items, model airplanes with no glue (and where would a homeless veteran proudly display a completed model?), being pointed to the websites of even more nonprofits where people are lackadaisical in responding (if at all), it’s no wonder we still have a homeless unemployed veteran and problem.

Veteran services for the unemployed and homeless should be run by veterans who understand and can relate to the sense of urgency. Unfortunately, more times than not, veteran nonprofits are run by the fat and comfortable or the hustler who is making a very good living off the plight of veterans.

Many of these tax-dollar-funded veteran and homeless nonprofits appear to be liberal career mills. All they are really good at is telling that veteran what they can’t do for them while they remain permanently and gainfully employed.