Will Arrogant Millennials Eventually Bear The Brunt of the #Coronavirus?

While checking in on the latest online, I came across a post by one of my former reporters, now Senior Editor for Townhall. While he was commenting on how bad Coronavirus could get, one paragraph stood out.

It’s not that you will get sick, it’s that you risk infecting others. So, being shut in for a couple of weeks working from home is short-term pain-for lack of a better term—for long-term gain. Still, people in D.C. flocked to the bars. Not anymore, the mayor’s office locked them down last night. Or these folks pack the beaches in Florida. Every bad thing that’s said about Millennials is being brought into fruition with how we’re acting concerning this overhyped, though still serious, medical situation. I mean, most are Democrats, so there was already a deficit with regards to measuring a generation. I, frankly, cannot stand the leftist attitudes of my peers. Anyway, now that they’re committed to going out and about because they wish to spread this virus, let’s go to the worst-case scenario for this disease.
— Matt Vespa, 3/17/20

Despite the current demographic numbers of Coronavirus victims, it’s a good bet that all ages will eventually be impacted. Responsible people should fare better than the careless and that’s where millennials and Gen X may screw things up for everyone. 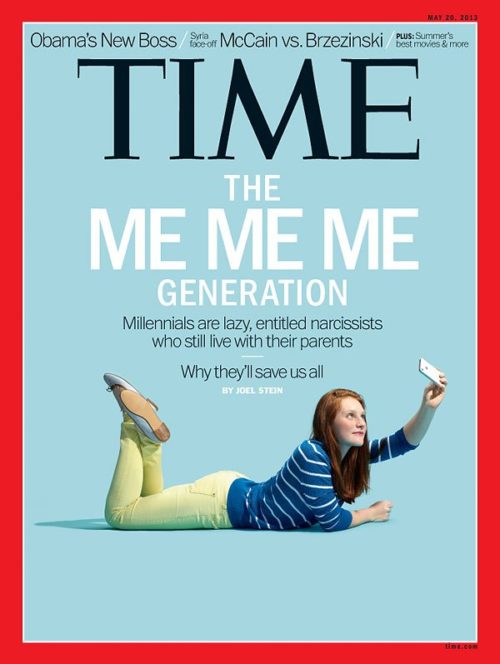 These are the ones who were coddled by their parents, been made to believe the world revolves around them, their opinions were just as important than the adults around them, and through this they’ve also come to believe nothing meaningful has happened until THEY became self aware. The results are young people who are not just self-centered and disrespectful but in some cases, quite ignorant.

Yes, going out drinking during a presidential-declared national emergency is not the brightest thing to do, but since the Coronavirus is invisible, it can’t be anywhere around them and if it is, they won’t contract it, right. And if they do, the symptoms won’t be bad because bad things won’t happen to them.

A top official on the White House coronavirus task force issued an ominous warning on Wednesday, declaring that more millennials in Italy and France had gotten sick than anticipated because they failed to heed warnings about large gatherings after initials warnings that focused on the elderly.

Florida Gov. Ron DeSantis ordered the closure of all bars and nightclubs in the state for 30 days as of Tuesday evening — after college crews were spotted partying at Clearwater Beach.

“If I get corona, I get corona,” Brady Sluder, a defiant party animal of indeterminate age from Ohio, told Reuters. “At the end of the day, I’m not going to let it stop me from partying.”
— New York Post, 3/18/20

After all, these are the same people who thought snorting condoms was a one-up on eating Tide PODS®. Could they really get any dumber? 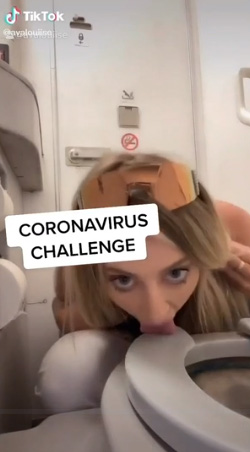 Instagram model Ava Louise who licked a toilet seat on a flight to Miami as part of a ‘coronavirus challenge’
says she wants to be invited on ‘The View’ to talk to Meghan McCain.
— Miami Herald, 3/17/20

I’m not at all wishing literal ill on a whole generation, but the arrogance being displayed here is alarming because it won’t just affect them. They can end up infecting many more people who were trying to do the right and responsible thing.

Brianna Smith, a 21-year-old from Wisconsin, whined that the measures were too drastic. “It’s really messing with my spring break. What is there to do here other than go to the bars or the beach? And they’re closing all of it,” Smith told the outlet. “I think they’re blowing it way out of proportion. I think it’s doing way too much.”

We can only all hope, at some point, these millennials begin to think about others instead of just themselves.