‘Juneteenth’ – The Latest ‘Trending’ Black Fad for the White #Woke

We’ve seen the numerous mentions of “Juneteenth” on social media, especially since the death of George Floyd, where all things black are being celebrated by the newly #woke.

There’s even a Change.org petition to make Juneteenth a national holiday. 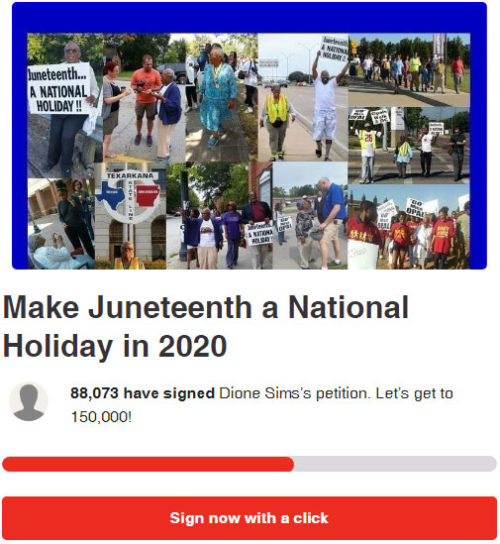 And once there, they hit you up. 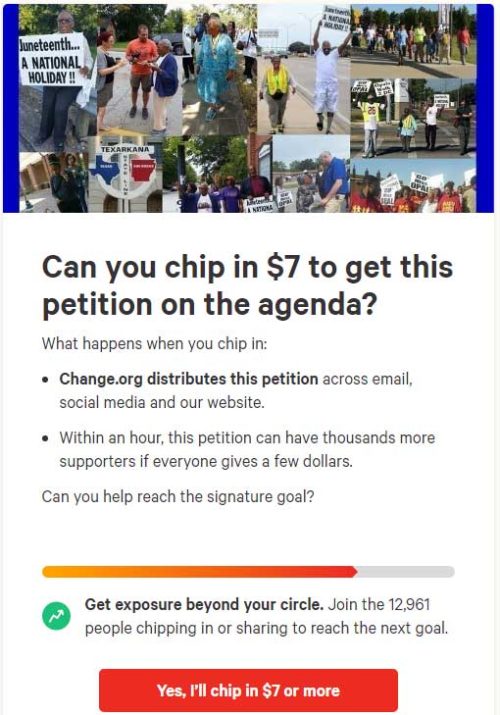 Let’s be real here. Prior to the #GeorgeFloyd awakening, VERY FEW Americans even knew Juneteenth existed.

However, one of the consistent traits of the modern, young liberal is the notion that nothing ever existed until it came into their consciousness, so here are some crib notes.

Juneteenth is the oldest nationally celebrated commemoration of the ending of slavery in the United States.  Dating back to 1865, it was on June 19th that the Union soldiers, led by Major General Gordon Granger, landed at Galveston, Texas with news that the war had ended and that the enslaved were now free. Note that this was two and a half years after President Lincoln’s Emancipation Proclamation – which had become official January 1, 1863. The Emancipation Proclamation had little impact on the Texans due to the minimal number of Union troops to enforce the new Executive Order. However, with the surrender of General Lee in April of 1865, and the arrival of General Granger’s regiment, the forces were finally strong enough to influence and overcome the resistance.
— Juneteenth.com

Of course, the left will NEVER acknowledge who defended and went to war to protect slavery and who ended it.

Juneteenth has been acknowledged annually in the black community but you never saw mainstreaming of the date’s existence until President Trump announced the restart of his 2020 reelection campaign in Tulsa, Oklahoma. Only then was the date’s significance recognized and thereby used as a partisan, political club.

CNN had scant information on the date but on June 16, 2020 they offered a video explanation to their ignorant audience. 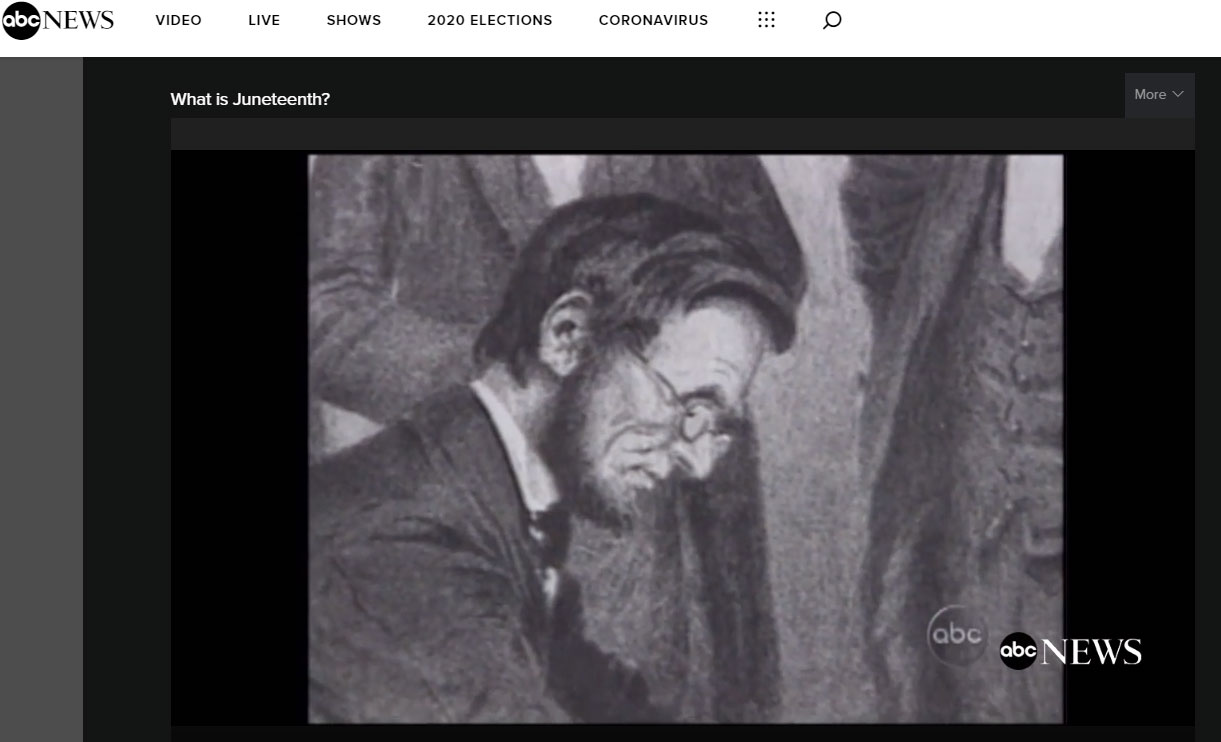 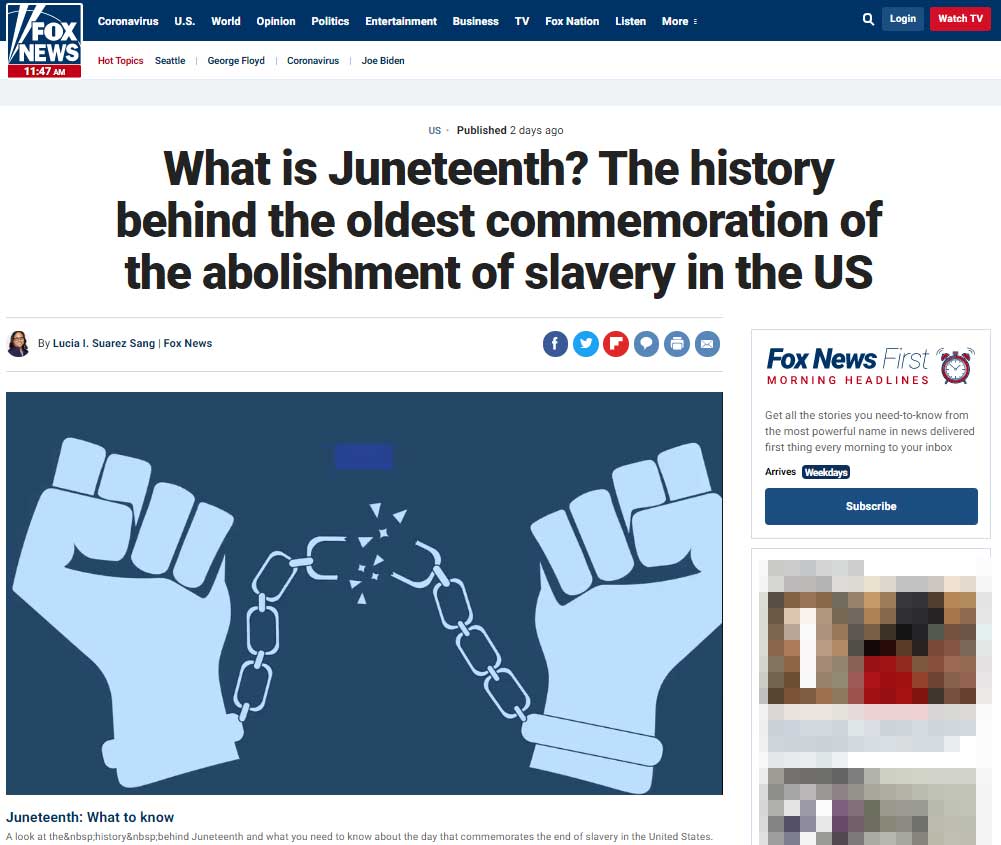 Al Sharpton did a segment for MSNBC on June 19, 2013. The only problem is the video doesn’t load on their website. 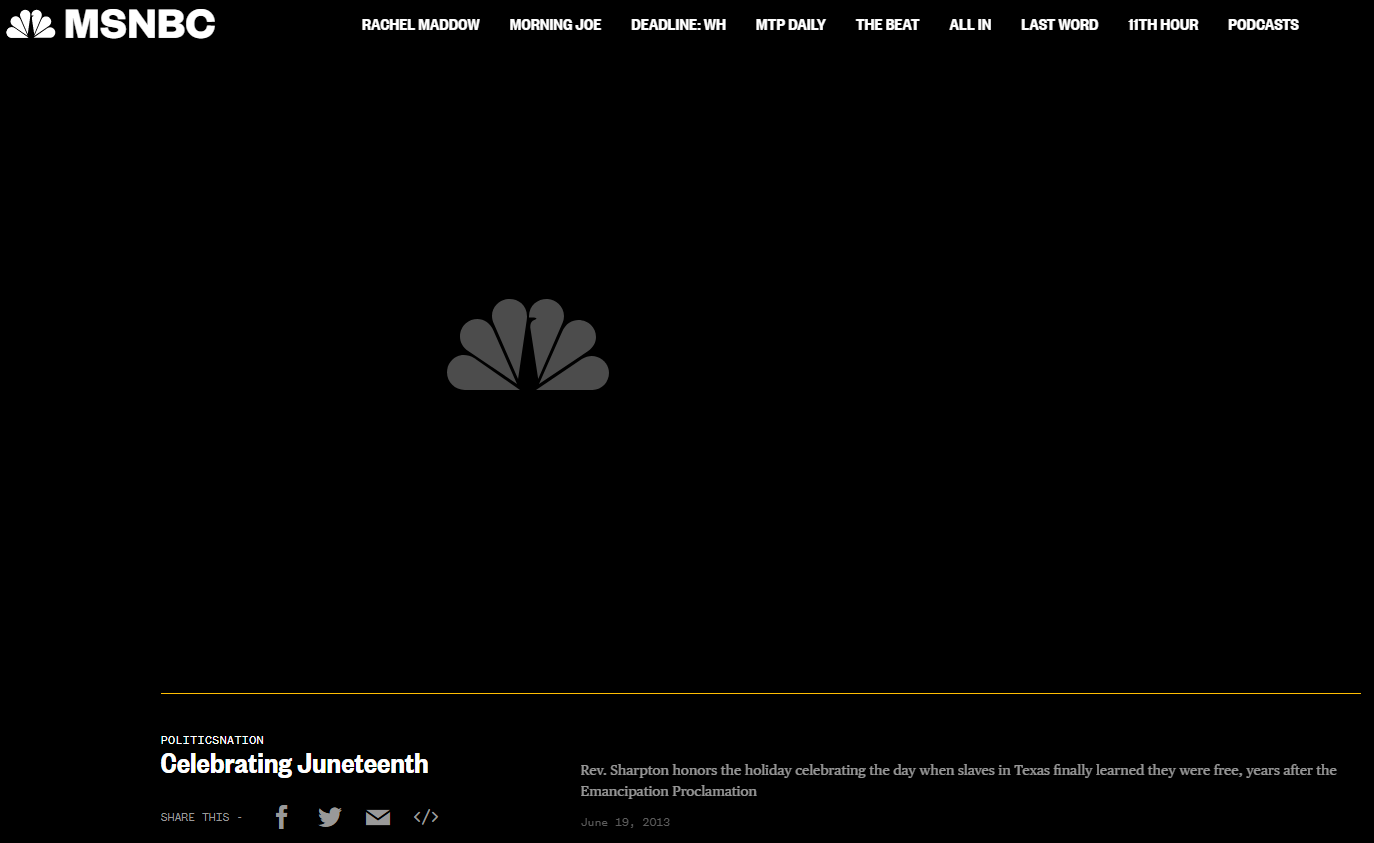 So, the next question should be whether Juneteenth is yet another temporary social media-driven fad that will be “celebrated” like most of historical significance. A paid day off with little-to-no reflection on what that day represents, like Memorial Day, Veterans Day, the Fourth of July, etc….

I say this is a fad because, to be honest, very few in these companies even knew Juneteenth was a day to be remembered and prior to a couple of weeks ago, would EVER think of making it an observed holiday. But now, it’s all about Juneteenth because it’s “trending”.

Like all of the overtures to black people by liberals, the days of acting nice and understanding will wear off. The complaints of racism will return within their circles, will be blown off, and any promises made in the wake of #GeorgeFloyd will be blown off just as Democrats have done to the black community for decades. #Karen will no longer be a viable hashtag.

So, enjoy Juneteenth while you can. Soon it will be a holiday few can explain or spell correctly.