Depending on what search engine you use and/or how you consume news, you’d probably be echoing the sentiment that gasoline prices were pretty low until Vladimir Putin decided to invade Ukraine and BOOM! Even though most people who actually put gas in their tanks noticed a jump in price almost immediately after Joe Biden put his hand on the Bible and assumed the presidency. In fact, one the few places that doesn’t declare rising gas prices are Putin’s fault is the same news outlet that published that fraudulent, and appropriately censored piece of misinformation about Hunter Biden’s laptop….

It was Wanda Sykes who during a stand-up said, “You got to stick with your lie” and those within the Biden administration are stuck on script.

A benefit of an intellectually dishonest, partisan media, is you can lie and the so-called government watchdogs have your back. 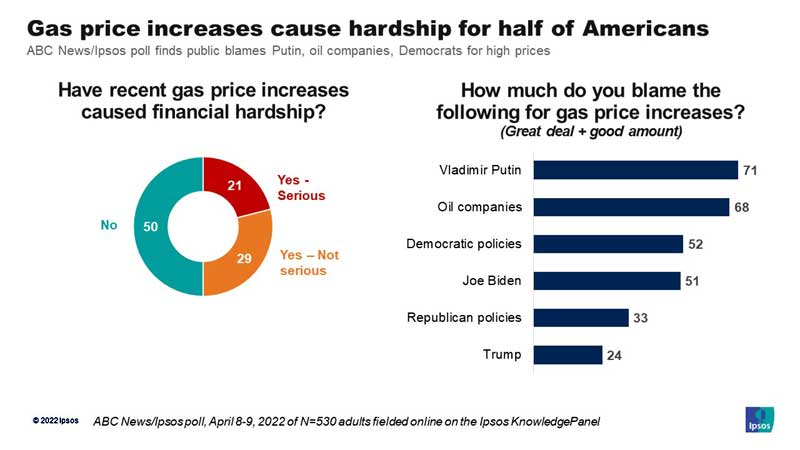 The Biden administration, and the left in general, assumes the public is stupid thus they can say anything they want and you’ll believe it. Aside from the fact they include their liberal base into the mass of stoopids, Americans with actual functioning eyes and have the ability to remember how things were prior to January 20, 2017 know that we’re being dealt a heaping tablespoon of bullshit on an almost daily basis.

Both parties clearly recognize that Democrats’ chances of survival in the midterm elections could come down to whether Americans blame Biden or Russian President Vladimir Putin for skyrocketing prices at the pump.
— Roll Call, 3/9/22

The truth may come out ONLY after a midterm Democrat “shellacking” forced introspection where just maybe they shouldn’t have played so fast and loose with dishonesty.  Until then, enjoy having your intelligence insulted on a daily basis (meaning are Democrats are least affected).