Home For The Holidays… NOT!

Lots of thoughts going through the head during this Christmas ramp-up. Please put up with the mental rambling. There is a point.

After the effects of the events of those elongated last few months, it’s hard to feel sentimental over the big holiday. Especially since one going to a mall this season couldn’t be assured of seeing something like a Christmas tree. That used to be a given. This holiday doesn’t quite seem to be the same.

Even being in the company of loved ones; something’s missing…. 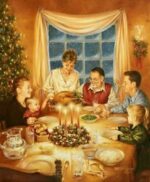 There’s always been something compelling, whether it’s animal instinct or DNA, about going home for Christmas. Home was a place reserved for family (and their special guests) only. It was a place where everyone could just be themselves, as much of a problem THAT could be. But it was home. Even those sappy Christmas songs “performed by today’s artists” didn’t sound all that bad on Dad’s stereo.

Among the numerous cycles that we commonly refer to as “life”, there are all those things we note to ourselves, like “taking things for granted.” For example, there’s always been that certainty that we were definitely going to get a good meal at home and we’d be full, belly up on the couch enjoying a football game that has no immediate geographic relevance.

As much as we microwave and take chances in front of the stove, I’ll bet not too many of us remember a dish that Mom or Dad messed up. In fact, chances are they’ll prepare something “special” that, in essence, we look forward to all the way home. Only Mom and Dad could cook certain things right.

I’d hope most of us have had, at least, civil relationships with our parents; at least one of them. Sometimes calling home could sometimes be arduous, but most of us could talk to a parent (after you’re 30) about almost anything. We’d get more than a straight answer, and most of the time the advice was correct. “Most of the time” being somewhere between 67-92%.

So back to the theme: taking things for granted.

When (for reasons beyond your control) you can’t go home anymore, these next few days can seem rather incomplete. At least that’s how I saw things a few days ago. Not that there was depression setting in, just the understanding that certain things would no longer be the same. And that’s where it personally began to finally sink in.

A torch was passed, one that’s eventually passed on in every family. Christmas will now be wherever we are. Again, it might not always be a good thing, but the family will now gravitate to where it is they consider “home.” Our kids and their future families will eventually come here from the ends of the earth to be in the one place that they feel they should.

It’s always warm at home during Christmas, but the safety and cover of home is not all we take for granted.

Imagine if you were told you couldn’t go home. You made a decision to be where you are and this year you’re going to miss Christmas, at home. I was literally on the other side of the world once and going home wasn’t feasible at the time. But if I really needed to, I could’ve made it back to those wonderful smells and tastes that await us every year.

I hope this isn’t considered nauseating, but some of us can’t come home for Christmas. How many of you out there can imagine what it’s like when you’re somewhere you really wouldn’t choose to be under normal circumstances. Not to mention that instead of the warm Christmas fuzzies that we’ve grown to know, the only smell around you is that of hell.

Back home, all those media elitists who talk about “supporting” The Troops consider it a professionally necessary fad. I mean, let’s be real. Some can’t wait for a golden opportunity to bust one if that will make a career more profitable. Why would they ever given a damn about someone who can’t even come home for Christmas? 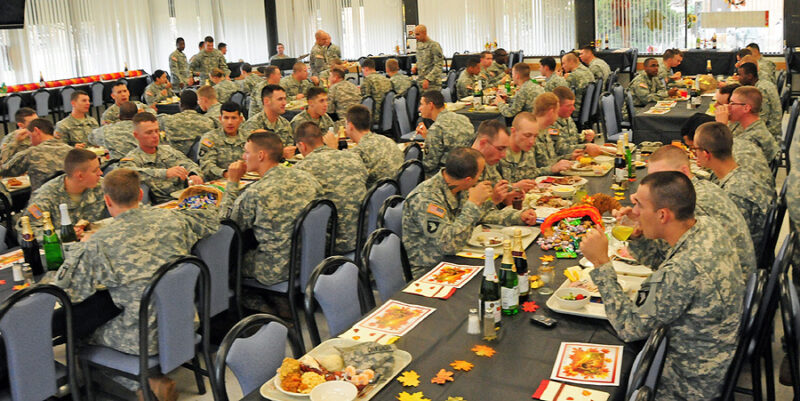 Inmates can’t go home for Christmas. Soldiers on “The Front” are worth even less than the institutionalized to our elite since prisoners were most probably improperly charged. Soldiers, on the other hand, were dumb enough to volunteer to miss Christmas. Why else do some reporters feel so inspired to set up and rat them out?

Lots of crazy things are happening in Iraq. Sorry media, but things happen during war one could never train for. That’s why they call it “war.” Only an entrenched bureaucrat and unshaven bleeding heart believes there are rules during in a knife fight. I’d be willing to bet that some of the embeds love using our troops as their own personal human shields until one can screw up on video. On camera, they’ll call it an “outrage.” Off camera, they consider it “payday.”

If some soldiers can’t come home to a wife or parents, that’s a good story! Maybe a child will never come through that door ever again. Maybe the parent will personally blame the President and pray that his twins go off to Iraq and get riddled with bullets. Maybe it will prompt a Hollywood celebrity to call for impeachment again. Now, THAT’S a story! Send a news crew and the more tears, the better. Let’s hope the father cries. These simple people don’t know any better.

Maybe that’s why Christmas doesn’t seem the same this year. A lot of people won’t have the same kind of holiday season they’ve had before. Maybe some will never have that kind of Christmas again. What’s sad is that some people think that’s very cool.

And some of those are the same people (who rub it in with their families) wishing us all a safe and restful holiday season.

Amidst the temporary serenity of the coming Christmas day, I’ll take some time to think of those who’ll be eating their holiday feast out of an aluminum tray. Whatever the menu items, it’s not going to be anywhere near as good as Mom or Dad would make it. They’ll be spending Christmas with people they may not be with next year. The people they’ll be fighting on that day would erase Christmas from the calendar if they got their way.