As you know, one of my biggest pet peeves is media bias.

The outright censoring of the movie The Path To 9/11 is a blatant example of how liberals whitewash history, and in particular, how post-Clinton Administration officials could strongarm a television network into altering an artist’s work, later to keep that work from the American people… forever.

It also shows how irrelevant and unnecessary The Fairness Doctrine is when liberals are motivated and work in concert.

Last week, I had the honor of asking Cyrus Nowrasteh, director, screenwriter and producer, a few questions.

BOB —First off, can you tell us about your new project, The Stoning of Soraya M. and do you anticipate any resistance from entertainment companies that may resist broadcasting and/or distributing it?

CYRUS — THE STONING OF SORAYA M. is a true story set in Iran about an infamous stoning. It is based on an international bestseller that received much acclaim. It portrays Sharia Law in action in an Iranian village where a woman is accused of adultery, brought to trial, and executed in the same day. It is a condemnation of the barbarity of such punishments under fundamentalist regimes.

Will it inspire controversy? Of course. The book did so, its veracity questioned along with the author’s motives, but that comes with taking on edgy material. I welcome it.

Since MPOWER, the producers I did this with, have their own distribution company, we’re not reliant on the whims of a studio should President Ahmadinejad or CAIR raise objections. MPOWER won’t pull a “Bob Iger” on this film. They have guts.

BOB — Now, let’s get into some industry weeds.

There were early reports that some of the cast of The Path To 9/11 seemed deceived by the plot (or intent) of the film. If you feel at liberty to discuss this, do you feel as though they didn’t know what they film would be about (seeing how they could read scripts), or do you think they may have begun to feel some heat from their more liberal, intolerant Hollywood colleagues?

CYRUS — Everyone who worked on THE PATH TO 9/11 was given a complete script. It was entitled, however, THE UNTITLED HISTORY PROJECT, for security reasons. We would be shooting a good chunk of the film in Morocco, and didn’t want it to be called anything related to 9/11 while filming in a Muslim country. This ‘cover’ title was the source of much discussion in the media who attributed nefarious, conspiratorial, reasons behind it. It is common for productions to do this so as not to invite too much attention from fans, media, and others while trying to accomplish their work.

In the lead up to broadcast a number of actors in the miniseries were approached by the Clinton people to speak out against it. All refused except one: Harvey Keitel. He went on CNN and discredited the film and those he worked with. Of course, this was broadcast all over as proof we were in the wrong. Mr. Keitel, who prides himself on being a Marine and a tough guy, simply panicked when the charges started flying and ran to the media and turned on his colleagues.

Of course, the fact that numerous experts have come out since the film was broadcast and supported its historical depiction has been a bit of an embarrassment to Mr. Keitel.

BOB — When you initially decided to do The Path To 9/11, did you ever imagine creating the one program/movie that didn’t go straight to DVD? 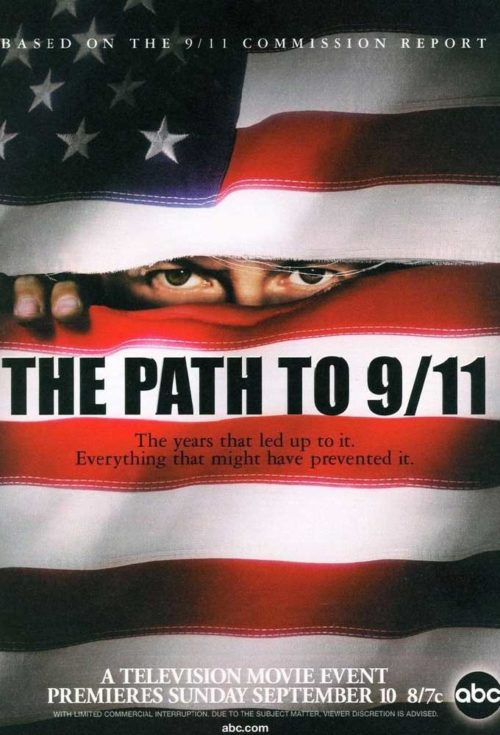 CYRUS — It is outrageous that Disney has bowed to the Clintons and refused to release THE PATH TO 9/11 on DVD. This is a program that was number one in the ratings and garnered 25 million viewers. A smash. The foundation was laid for a huge DVD sale. But Mr. Bob Iger feels it more important to cushy up to his political friends than provide revenue for his shareholders.

FAHRENHEIT 9/11, THE DEATH OF A PRESIDENT, AN INCONVENIENT TRUTH — all hugely political films — can be easily obtained at any video store. Only THE PATH TO 9/11 is unavailable.

BOB — Were you contacted personally by any former Clinton Administration officials, and did they threaten you, and if so with what?

CYRUS — I was not personally contacted by Clinton officials, merely the subject of their attacks. It was their intent to portray me as some right-wing nut in order to discredit me. And their willing allies in the media went along with it. 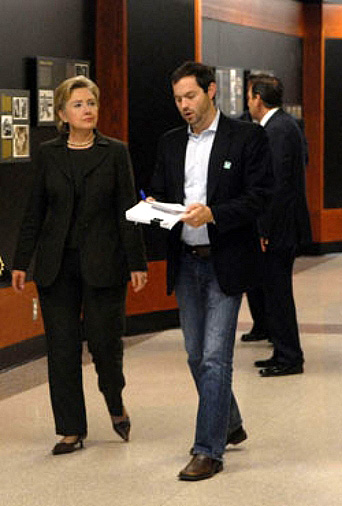 Jay Carson, who was Clinton’s chief of staff, made it a point to contact people in Hollywood hiring me to work on other projects and try to discourage them from doing so in true ‘McCarthyite’ fashion. Among those he contacted were an A-list director and the President of a major studio.

Some months after the controversy a Clinton strategist told me that I’d better be prepared, that if Hillary became President I would be audited every year. I believed him.

BOB — Have you created a Director’s cut that may hopefully, one day, see the light of day?

CYRUS — Uncut DVD versions of the miniseries have circulated on the Internet, some selling for as high as $500, but Disney’s attorneys have stopped that. Disney owns the film; no version of it can go out unless Disney releases it. They have chosen, under political pressure from the Clintons, not to do so.

BOB — Have you ever wondered what part of the National Archive documents wound up down Sandy Berger’s pants, and how that may have impacted the content of your movie? 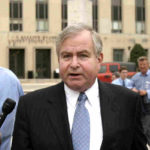 CYRUS — Sandy Berger went into the National Archives at the request of Bill Clinton, ostensibly to help them both prepare for their testimony before the 9/11 Commission.

The documents he stole and destroyed contained hand-written notes in the margin that revealed how lax Clinton’s attitude was toward terrorism and Al Qaeda in particular. Driven by a desire to protect their legacy, Mr. Berger destroyed the documents and they are lost to history.

BOB — While working for a television network in Hollywood, I publicly became a Republican and was shunned by many who were previously good friends. The word got out, and freelance jobs that were previously plentiful, dried up. As an outspoken Hollywood conservative, how are you received, both on a professional and personal level, and has your marketability suffered at all?

Though I’ve described myself as “conservative” on foreign policy issues (especially those dealing with Islamic fundamentalism and terrorism), I’m fairly “liberal” on social and economic issues. I could most accurately be described as a “libertarian” on these latter issues. 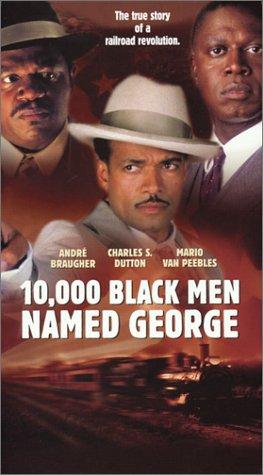 But, honestly, as a filmmaker I don’t like being pigeonholed. I made 10,000 BLACK MEN NAMED GEORGE for Showtime, a movie I’m very proud of. Its hero was an African-American communist who leads a labor struggle. My film, THE DAY REAGAN WAS SHOT (also a Showtime movie) was attacked by conservatives even though it portrayed Ronald Reagan unequivocally as an American hero. For me it’s about the story, the drama — not the politics.

Many people told me this “conservative” characterization would affect my career, and some in town did call my agent and manager and claimed they’d never work with me. But others, from both sides of the political aisle, actually watched the movie and realized that it was all political spin and called about my availability because they liked what they saw. Frankly, I’ve never been busier.

This controversy, in some ways, put me on the map. The town isn’t small enough to ruin people’s careers. Though I don’t doubt that in certain pockets and situations the “reverse McCarthyism” that you refer to goes on.

CYRUS — Bob, thank you for your interest.