What is the mission of the United States Army? The most overused answer is to “kill people and break things.” While simplistic, that is their purpose. Sure, over the years and depending on the philosophies of the Commander-in-Chief serving, that mission has morphed into peacekeeping and disaster relief and security.

But for the men and women serving, they are not only serving at the convenience of the President and his subordinates, but also political correctness and sometimes reverse racism.

According to the Army’s “Unit Equal Opportunity Training Guide”,

This country was founded on the basic values of freedom, dignity, respect, and opportunity for all. In an ongoing struggle to ensure that these rights are enjoyed by all citizens, we must continue to educate ourselves and our soldiers on the importance of equal opportunity (EO). Through this education we can better appreciate the cultural diversity that has helped make this country great. Through education we can create an environment in which soldiers can excel.

Here we go with those liberal, touchy, feely buzzwords: “cultural diversity”. Most of us know what happens when we toss these words around. Common sense gets tossed out the window and assumptions as to the thoughts and motives of others are made; some on fact and some on myth.

Let’s explore one of those myths.

We’ve heard many a civil rights activist, parroted by “cultural diversity” advocates parrot the sentiment that (for example) black people can’t be racist because they have no power. Tell that to Reginald Denny on the corner of Florence and Normandie, and I’ll get to specifics on this later.

But for now, it appears that the Army has accepted that notion, written it into their Equal Opportunity regulations, and instead of concentrating on skills that will keep our men and women alive in the battlefield, supervisors are also being taught how to make sure all in the unit get along, and the materials used are complete with commentary that can be challenged.

For example, in Lesson 31 of the Equal Opportunity Representative Course (“White-American Experience”), it in part reads,

The founders of the Republic dedicated the United States to the highest ideals of brotherhood. Yet, we know that the same men who saw a disparity between the ideals of democracy and convict and indentured labor, condoned slavery.

If one were to attend your average college diversity class, complete with beret-wearing professors, that would probably have been one of the first things taught. However, some may disagree. 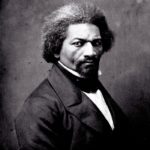 Frederick Douglass argued “that the document forbade slavery and enshrined the colorblind principles set forth in the Declaration of Independence, including the ‘self-evident’ truths that ‘all men are created equal’ and born in possession of ‘unalienable Rights.’ Look to the language of the Constitution, he said, and ‘it will be found to contain principles and purposes, entirely hostile to the existence of slavery.’

So, using such ideas as the basis for training Armed Forces personnel is doomed to exacerbating racism, especially once you start with false premises. Then again, since when have the liberal professoriate ever told the truth when it comes to race, and who is Frederick Douglass to challenge what they know as truth?

Of course, unit cohesion is a necessity in any of our service branches, but “cultural diversity” programs such as the Army’s is laced with liberal gobbledygook.

Our nation and our military look different than it has in the past. At the same time, as we traveled through the 90s and now into the new millennium, we find a world that demands new ways of interaction and understanding. As previously stated the melting pot has become passé and ineffective. Indeed we stand at a new doorway filled with all shapes, sizes, and colors of people. The more we are faced with this diversity, the more the analogy of the melting pot, where diversity is lost to assimilation, becomes unattractive and inappropriate.

Now, who was it that taught us all America was this great “melting pot” and we should all embrace this concept? Illegal alien advocates use that argument to this day. Now the Army is saying that the concept has become “passé” and “ineffective”? Since when, and why?

More troubling is that this program, instead of healing racial wounds, is opening up new ones.

A soldier in an Equal Opportunity training program, now serving overseas, sent me the following…

“After hours and numerous vignettes that dealt with so many types of discrimination, prejudice, and racist behavior, not one vignette portrayed a minority Soldier as being the perpetrator toward a white Soldier. At the end of the class, the instructor asked if we had any questions. Reluctantly, I raised my hand. I asked the instructor why all the vignettes dealt with white Soldier perpetrators and minority victims. Several students laughed and made crude remarks about my question but the instructor had an answer. With conviction she proclaimed something to the effect, ‘All the vignettes dealt with white perpetrators and minority victims because minorities cannot be racist; minorities do not have the power to be racist.’”

Without rehashing numerous examples of “hate crimes” perpetrated to this day, to say minorities cannot be racist because they have no power is flat out wrong, that is unless your aim is to keep them in the victim class.

An “African American female Sergeant First Class” Equal Opportunity Program instructor has the power to be as racist as she wanted to her students, and possibly get away with it, because of the physical power structure of the United States Army. It all depends on what your definition of “power” is.

A black man holding a cinder block over the head of a white man could be considered in a position of “power”, every much as would be the case if the situation were in reverse.

“Like many other Soldiers in the class, I was stunned by her statement. I had never heard such rubbish. I was raised in Austin, Texas by my Mexican-American stepfather. We lived in a predominately Mexican neighborhood and I was educated in a predominately black high school. During that time, I heard many outrageous claims but never one quite as contemptible as hers. I wanted to learn more but the instructor did not elaborate on her answer, and we moved on to a different class. For years, I reflected on that class but I knew that, as a white Soldier, I was not allowed to discuss this issue with anyone. On the contrary, I understood that I was supposed to accept the idea that I am innately racist because of the color of my white skin.”

It’s simply shocking that this is what the Army is teaching. As I asked before, is this supposed to heal racial wounds or open them further?

According to the soldier, the annual refresher training for the Equal Opportunity Representative Course, located on the equal opportunity websites of many brigades, divisions, and higher headquarters units,

“is replete with examples of how the Army’s Equal Opportunity Program advocates the idea that minorities are powerless and that only white people can practice discrimination, be prejudicial, and be racist. The course actually defines the term ‘individual racism’ this way:

“A person’s prejudicial belief and discriminatory behavior against certain groups because of their race or skin color. Personal or individual racism is motivated by a belief or assumption of superiority or inferiority based on skin color or some other physical trait associated with race. Generally, minorities, who lack power and institutional support, cannot practice racism.”

Well, here’s where I make the point.

This soldier met with his Equal Opportunity trainer.

“I asked why there were no examples of minority antagonists in any of the Army’s Equal Opportunity Program’s publications and as expected, she said that minorities could not be racist because they do not have power; only white people can be racist. Her demeanor became increasingly confrontational. She asked me how long I had been in the Army and I replied, ‘Over 13 years.’ She then asked me a question I will never forget. ‘Do you want to throw away your 13-year career?’”

Seems to me like this black woman, who DID have power, was using it to her advantage, and if the situation were reversed, would be screaming bloody racism all the way to Good Morning America.

To be fair, I contacted the Sergeant First Class in question and asked her if she believed, as the class materials reflect, that blacks cannot be racist because they have no power….

I have no idea where you got that information. I would never have said that however, I may have quoted something students whom I have had in my classes have said during the courses we teach. This usually comes out during one of the exercises or during racism/sexism classes. I know better than to make such a statement.

“I have absolutely no problem speaking to you however, my counterparts and I have a job to do in preparing individuals to be change agents for their units.”

“We cannot complete that assignment without testing them or trying to bring out of them the very thing they hide daily. The worst place in the world for your personal issues with racism, sexism or any other kind of ism or discrimination is outside of the classroom. The classroom is a safe zone. If the student has issues that need to be addressed, the classroom is the place to do it. ‘What goes on in the classroom stays, in the classroom’ at least that is the premise. You don’t want to have those issues come out on your job or anywhere else. If this statement was said during the class, then it was for the students to rebut the issue. It was not to be used against the instructor. I hope this helps.”

“It was not to be used against the instructor.” With all due respect (coming from someone with authority over students) that sounds kind of weak, especially coming from someone who asked that very inquiring soldier if by pursuing this he was willing to “throw away your 13-year career?”

As someone who understands the military’s unofficial policy of “# rolling down hill”, subordinates questioning the motives of superiors has always been fraught with peril. However, rules are supposed to be fair. Some of us have long argued that the introduction of political correctness would have adverse results on those who serve.

Don’t get me wrong. There ARE bigots in every walk of life, but in an institution where your life could be on the line every day, the last thing the United States military should be doing is looking for racism where it’s not (see: Jesse Jackson) and using debatable information to make the case.

The Uniform Code of Military Justice addresses unfair treatment, but putting fear into the minds of soldiers who ask legitimate questions is wrong. Threatening their careers is wrong. If superior officers have more fear of the appearance of racism in their ranks, not because of the threat to unit cohesion, but of politically correct blow back, then the enemy is one up on us.

And the United States military need consult all sides when instituting service-wide policy and not just rely on those who scream the loudest, and when you think about, “loathe” the military in the first place. Eradicating intolerance from the Armed Forces may not be their primary objective.

Destroying the military from within may be.