Is it or isn’t it coming out on DVD?

G vs. E (Good vs. Evil) was the second-to-last show I worked on in Hollywood, and is one of the best written television productions I’ve seen to date.

Chandler Smythe (Clayton Rohner), is murdered on his 35th birthday. He is then recruited as an agent of the Corps and becomes a partner to Henry McNeil (Richard Brooks). Henry was killed in the 1970s and still dresses like Shaft. The Corps, best described as God’s police force on Earth, has the mission of locating citizens who have made a Faustian-style bargain with the agents of evil. When the Corps find a lost soul, they must decide whether to rehabilitate them or eliminate them from existence if they are beyond redemption.

Former football great Deacon Jones was a consistent scene-stealer as the leader of The Corps, as well as show narrator. 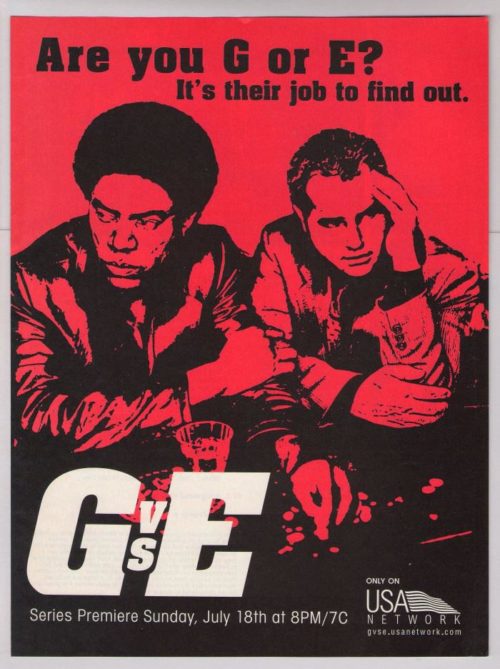 I began working on the show a few episodes into its first season, creating some of the graphics that appeared within as well as the end credits. At that time, G vs. E was on the USA Network and its second and final season was aired on the Sci-Fi Channel. I subsequently became a fan of Will Thomas whose soundtracks were some of the best, that is until “24”.

During one of the show edit sessions, I was listening on my headphones to some basic tracks I composed and recorded for an album (under my production name from the 90’s, “Parks & Recreation”) yet to be completed. 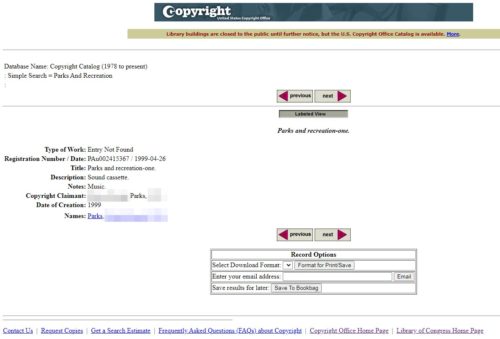 The line producer asked me what I was listening to and I handed him the headphones. He liked one of the cuts and asked me if he could use it for the “training montage” sequence in the wrestling spoof “Sunday Night Evil”. Part of the temporarily titled “Track #9” was used on that show.

It appears that what’s currently available are bootlegs, but there’s always been a great demand for the DVDs to be released.