The president wasn’t satisfied with the Muslim refugees already brought into the United States WITHOUT a single discussion with the American people who have to live with the ramifications of those who may not wish to assimilate, not to mention those with more nefarious intentions.

President Obama marked the Muslim holiday of Eid al-Adha Monday with a call for the U.S. to welcome refugees and immigrants. The administration earlier this month reached its goal of accepting 10,000 Syrian refugees fleeing their country’s civil war. Mr. Obama’s quota was opposed by lawmakers in both parties of Congress and many governors, amid concerns over terrorism.

Like most policies that emanate from Capitol Hill, the politicians always seem to find a way to insulate themselves, their staffs, and their families from the potential harm they impose on the nation.

Of the 121 Syrian refugees placed in Virginia so far, 112 have been placed in communities at least 100 miles away from the nation’s capital; 105 were placed in cities where median incomes fall below the state average.

The D.C. suburban counties of Fairfax, Loudoun and Arlington are all among the nation’s wealthiest and, according to U.S. census data, collectively have roughly 1.7 million residents. The three counties have resettled a grand total of nine Syrian refugees, all nine of whom were placed in the city of Falls Church. 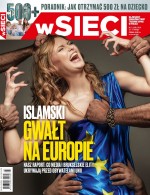 There have been dozens of incidents of unrest, vandalism, sexual assaults, and murder in almost all of the nations around the world that have “welcomed” them. However, many of their leaders brought in those Muslim refugees without even the courtesy of a national dialogue and the result is a consistent degradation of their traditions and laws to suit the invading Sharia.

If a woman gets raped walking in public alone, then she, herself, is at fault. She is only seducing men by her presence. She should have stayed home like a Muslim woman.
— Dr. Abd Al-Aziz Fawzan Al-Fawzan, Professor of Islamic Law, Saudi Arabia

Let’s see how well that goes over in southern Virginia because, and if the rest of the world is a gauge, it’s only a matter of time before the incremental demands begin. Unfortunately, the politically-correct mandates from Capitol Hill are not being met with the requirement to have the resettled assimilate, it’s costing innocent lives around the world and sadly, may soon happen here with frequency.

Thank those leaders who’ve kept those refugees far away from THEIR protected neighborhoods, if not at arm’s length, beyond a generous blast radius.

In one of many middle fingers to the nation to come before he leaves office, President Barack Obama has done something that makes no sense….

The only ones to benefit by this are Muslim terrorists that has had their lives made a bit easier at our possible expense.