The understandable response from the right, politically, is Ms. Brown is the PERFECT person to lead (from behind) the Democrat National Committee because her approach would surely do irrefutable infrastructure damage to the party.

While there ARE politics involved, Boynton Brown clearly illustrates why blacks in America continue to languish educationally and economically behind the rest of the American population, especially while the Democrat Party enjoys their unwavering vote.

On many illustrative instances, Boynton Brown referred to black people as “they” and “them”, something her hypersensitive self should of been conscious of but that’s how liberals look down as blacks as. Giving legitimacy to loud-mouth bullies like #BlackLivesMatter shows how clueless is as demands for increased funding for college “black studies” departments won’t do shit for blacks aside from producing a select few candidates for liberal nonprofits that can’t allow the success of any mission.

For decades, Democrats have expected so little of blacks, they’ve embraced the very policies that exacerbate their bigotry of low expectations. There are probably no “midnight basketball” programs in Boynton Brown’s white neighborhood because young whites are not expected to be out on the streets after 1am doing God-knows-what.

Hopefully a DNC chair Boynton Brown could “listen” to blacks that were selectively herded into housing projects that were almost exclusively constructed in black neighborhoods, the black family that’s been strategically destroyed by liberal Democrat policies.

Freakonomics 2005: Abortion and crime: who should you believe?

Just whose neighborhoods would this be addressing? 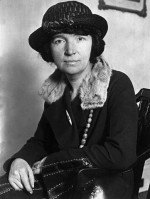 The Democrat Party, under the standard set by liberal icon Margaret Sanger, has been doing their part to fight crime in the inner city by providing as many disproportionate opportunities to abort black babies while distributing as many dollars to Planned Parenthood and NARAL as possible.

There are many issues (perpetual failing schools with irresponsible teachers who’ll toss their children on the street at the slightest opportunity to strike for higher salaries despite graduating students who can’t read, write or do basic math), that Sally Boynton Brown needs to “listen” to.

Then again, just what have Democrat “listening tours” ever accomplished?

Sally Boynton Brown being the chair of the DNC would be a target-rich opportunity for levity. Unfortunately, lives are not a joke.