Can We Now Defend Ourselves Against Violent #Antifa Women?

Okay, let’s have that discussion!

Many have seen that video of the #Antifa woman being punched during their disruption of the pro-Trump rally in Berkeley, California and of course, the left and their media is making this out as a boorish, white supremacist Trump supporter dropping a poor, defenseless woman exercising her 1st Amendment guaranteed freedom of expression. 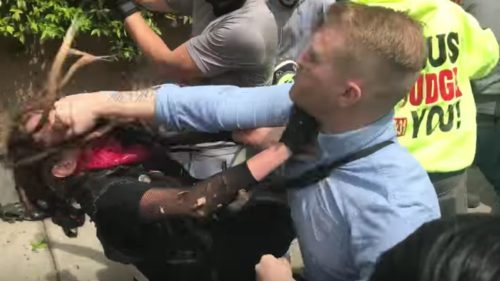 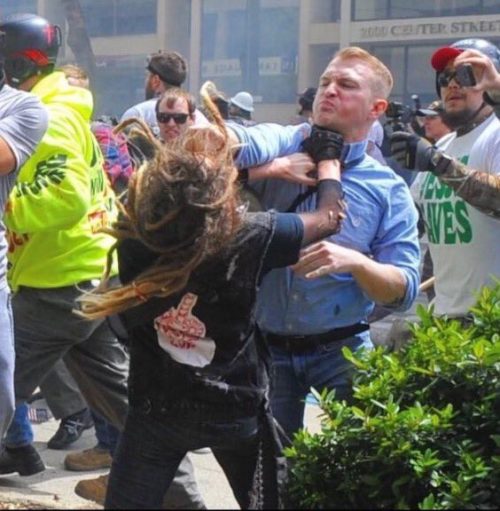 Apparently, the poor female protester Emily Rose Nauert, aka “Louise Rosealma” may have traveled to Berkeley to “bring back 100 Nazi scalps” which the media has yet to report.

But as many of us know, video angles and editing can mask what really happened in favor of the desired narrative and we almost never see what happened BEFORE the recording began. Just ask Ray Rice.

If you’ve been fortunate enough to attend or cover any progressive protest disruption, you’ll know that the participating women are not only the most vocal, but can also be quite physical because while being devout feminists who demand equality, they conveniently hide behind that sexist, patriarchal, oppressive culture of a man never hitting a woman.

Considering #Antifa women (most of whom hide behind masks to prevent easy identification after committing possible criminal acts) are becoming increasingly violent, should that man-should-never-hit-a-woman shield be lifted so peaceful rallygoers can defend themselves if necessary instead of being susceptible to violence from women who believe they are immune from retaliation?

Let’s be clear here. We’re NOT advocating for violence of any kind. For the most part, Trump supporters could care less about any #Antifa protests and disruptions and should they hold counter rallies, they’re almost always peaceful until the leftists pass them by. We all know how well liberals take any kind of dissent.

When progressives protest, there’s almost always chaos that includes criminal destruction of property and assaults on people who just happen to be in the wrong place and in their way. #Antifa women especially believe they have an incivility card they can use any time they want just because they’re women. On the upside, the police don’t seem to be quick to arrest men hitting #Antifa women just because they are men hitting women. They are witnessing the raw provocations of rude females and allowing citizens to defend themselves accordingly.

Equality has become a bitch of their own making.