Sorry, Bill Maher Was Right; He IS a Liberal ‘House Nigga’

It’s amazing just how easy it is to upset both the right and left with the spontaneous use of a word or phrase.

Everyone’s going nuts over Bill Maher’s latest use of the phrase “house nigga” on his Real Time show on HBO.

Spare me the faux outrage, and note the lame attempt to shift the rebuke to the Republican…. 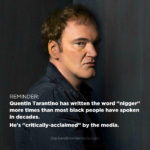 Some liberals are the first to applaud the use of racial epithets when it politically and/or financially benefits them. For example, the movie Pulp Fiction won the Palme d’Or at the 1994 Cannes Film Festival, despite its very liberal use of the word “nigger”. In fact writer, producer Quentin Tarantino has made quite a lot of money for Harvey Weinstein’s Miramax Films with his exponential use of that word. Has anyone boycotted Tarantino or told Weinstein to avoid any Democrat Party fundraisers over their use of the word, no.

Maher has been cavalier with his use of the n-word in the past and survived because it was in the context of smearing Republicans. 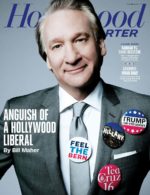 Now, if you take Malcolm X’s definition of the term “house negro”, Bill Maher was absolutely correct in his embrace of the title. Yes, we know Maher’s a Libertarian on paper but we also see how he rolls and with whom.

Bill Maher took to last night’s Real Time to verbally shred the “liberal purists” for not voting for Hillary Clinton over Donald Trump in the election.
— Fansided, 5/6/17

Think about it: Liberal Democrats work in the fields and they’re consistently unhappy at their lot in life. The DNC’s activities to abort the rise of Bernie Sanders created a rift that stopped Hillary Clinton from unifying the party prior to the 2016 election.

Then you have the house nigga, Bill Maher.

He lives in the best part of massah’s house in Los Angeles. He eats near massah. He goes to events near massah’s house and vacations where massah vacations. He even gives his own money to massah’s events so he can ultimately keep in his good graces and keep his show on massah’s channel. And when the field negroes get mad at massah, Maher finds Republicans he can bring on Real Time to publicly humiliate in front of the field negroes and massah.

Don’t get mad at Bill Maher’s honesty and he apologized only because his meal ticket was at risk. In true liberal fashion, all that was left is the historical whitewash.

Bill Maher apologized on Saturday for using the N-word during his HBO show the previous night. The network also said in a statement to THR the use of the word would be edited out of future airings of that Real Time episode.
— HBO statement to The Hollywood Reporter, 6/3/17

Bill Maher told us, not only who he truly is, but what his purpose to the Democrat Party is. He may not be a registered Democrat, but he can come in the front door to liberal massah’s house as he’s serving his purpose just fine.

With that, how many others on the left in academia, entertainment, and the media fit the “house nigga” definition…?