Montgomery County to give Nonprofits $374k to Defend Deportees? 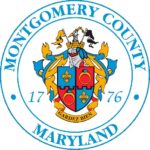 According the the U.S. Census Bureau, Maryland’s Montgomery County has the 19th highest median income in the nation, which is no surprise given its proximity to Washington, D.C.. However, Montgomery County also projects a $120 million revenue shortfall for this fiscal year so one would think they’d be frugal and prioritize funds in favor of the most critical of public services.

Not like a $120 million revenue shortfall would stop a government body from trying to force taxpayers to pay more to support liberal nonprofits that aid illegal aliens….

No vote has been scheduled on the plan yet, but County Council President Hans Reimer said a date would be set soon.
— WTOP, 5/2/18

Liberal Democrats speaking appeared to have trouble accepting the concept of “illegal” being “criminal”. 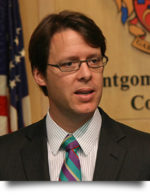 Only adding to the drama at the May 1st public hearing was Reimer’s astonishing statement, “Being undocumented is not a crime. That is not a criminal violation.” Then again, coming from an Obama administration refugee that managed to continue to leech off the taxpayer for his livelihood, that was not all that surprising.

Before serving on the County Council, Hans established a record as an innovator in political engagement. He served as National Youth Vote Director for the historic Obama for America campaign in 2007, and previously as political director for Rock the Vote, where he helped register nearly a million voters. Hans also served as a senior advisor at AARP and, since his earliest work in Washington, has been a national leader on protecting Social Security from Republican efforts to privatize the program.
— Montgomery County website

Given the sensitive nature and visceral response the illegal immigration invokes, granting the public an opportunity to give their input on diverting public money to defend “low income” illegals against deportation could be a political ploy to shield a coming decision to divert money to liberal nonprofits like the “Capital Area Immigrants’ Rights Coalition” and Indivisible in the name of “civil rights”.

WE KEEP FAMILIES TOGETHER by working with and for the immigrant men, women, and children facing detention and deportation. Our services include legal representation, educational outreach, impact and advocacy work, and the training of attorneys who defend immigrants in the immigration and criminal justice arenas.

They just need money to pay their salaries.

Against the wishes of many of their residents, Montgomery County is a self-declared “sanctuary jurisdiction” currently at odds with the Trump Administration’s stance against illegal immigrants.

Council President Hans Riemer was arrested on the steps of the U.S. Capitol by U.S. Capitol Police yesterday, after refusing an order to disperse following an immigration rally. “I was arrested today,” Riemer wrote on Facebook last evening. Riemer has promised to introduce legislation to declare Montgomery County officially a “sanctuary county” for illegal immigrants, according to Gustavo Torres, Executive Director of CASA de Maryland.
— Rockville Nights, 12/7/17

Using taxpayer money to defend those who should never have been in the United States in the first place is a blatant middle finger to the President and those who voted him into office to redress an issue that negatively affects all too many Americans on a daily basis.