Elitist Hillary Dem Caren Z. Turner to NJ Cops: ‘You may shut the f— up!’ 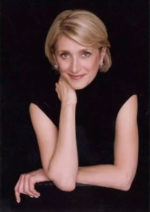 Flashing her commissioner’s gold badge and boasting of her influence during a routine traffic stop involving her daughter, Caren Z. Turner demanded to know why police had pulled the car over and why it was being impounded. Then she launched into a tirade at the two officers.

All of it was captured on camera.

Tenafly Police released a video Tuesday revealing just why Turner abruptly resigned last week as a commissioner of the Port Authority of New York and New Jersey. Turner, 60, a Democratic lobbyist who served as the ethics chair of the powerful bi-state agency, could not be reached for comment Tuesday and the phone number of her Washington public affairs office has been disconnected.
— NJ.com, 4/24/18

Sorry, but demeaning the intelligence of police officers and telling one “You may shut the fuck up!” is not the best way to address law enforcement, that is, unless you believe YOU are special.

An attorney by trade, Turner served on Hillary Clinton’s national finance team and was co-chairman of the Financial Committee for Ready for Hillary, a super PAC created in advance of the 2016 U.S. presidential election.
— Rutherford Daily Voice, 4/23/18 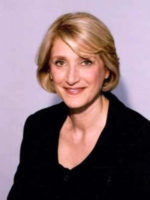 The reason for the emphasis on political party is that Democrats routinely emphasize and denounce white privilege while we’ve witnessed, thanks to the very dashcam video they demanded, yet another example of their disregard for civility, respect for the police, bullying, and sickening elitism.

Caren Z. Turner had it all.