I’m not sure if these progressive activists know how uneducated they look and sound? 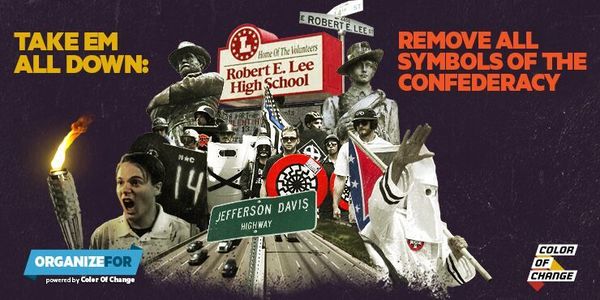 We demand that you stop honoring both those who fought to preserve the institution of Black bondage as well as those who profited from it. Instead, we demand that homage is paid to those who died in the quest to free themselves from from the hands of those sought to keep them as laborers never as citizens and as property not as people.
— Petition

Of course, the one small detail these activists ALWAYS leave out is “those who fought to preserve the institution of Black bondage” were Democrats and “those who died in the quest to free themselves from from the hands of those sought to keep them as laborers” were Republicans.

But in a coordinated attempt to call all who oppose them as racists, the so-called educated are now lecturing the rest of the nation and demanding we eradicate the names of prominent Democrats who fought until the 1960s to keep blacks in their place.

The whitewashing of their racist legacy continues to this day.

This is by no means a complete list but you’ll note on EVERY media “name change” report, the word “Democrat” appears virtually nowhere and we all know if just one of these slave owners were a Republican, his name would be in the headline of every story in all caps and Republicans today would be hunted down to publicly denounce their party’s inhuman legacy of deadly oppression.

We won’t get into the taught-sheer ignorance of those doing the protesting and the desperation of others still insisting the Republicans are now the racists and Democrats are the enlightened. If that’s the case, why the continuation of historical revisionism to the liberal simples and omission of the party affiliation of Confederates that would require a public explanation?

Again a sad indictment on the Republican Party whose founders opposed slavery while their modern day descendants appear too sheepish to remind progressive exploiters of their obvious murderous, racist place in American history.