It’s curious to see how the Democrats and their media are now being very careful as to vetting the background of a Supreme Court nominee. They have a history, whether we’re talking about Robert Bork or Clarence Thomas or now Brett Cavanaugh, of bringing unprovable allegations against those nominated by Republicans.

Christine Blasey Ford said that during a high-school party Judge Kavanaugh and another boy, Mark Judge, who were both extremely drunk locked her in a bedroom. In her telling of events, Judge Kavanaugh climbed on top of her, covered her mouth, and was trying to remove her clothes. She told The Post that she though he would “inadvertently kill me.”

“I am willing to talk to the Senate Judiciary Committee in any way the Committee deems appropriate to refute this false allegation, from 36 years ago and defend my integrity,” he said in a statement. Mr. Kavanaugh also noted that “because this never happened” he had no idea Ms. Ford was the one to accuse him until she revealed herself in The Washington Post.
— Washington Times, 9/17/18

There are things, those who have something to hide, do with regularity.

Ford signed a letter with other health professionals demanding that President Donald Trump stop his controversial policy on family separations at the border. She signed the letter as Christine Blasey, and it was used as an exhibit in an ACLU lawsuit against the Trump administration.

The Washington Post reports that she is a “registered Democrat who has made small contributions to political organizations.”
— Heavy, 9/17/18

And of course, there are certain things you WON’T see or hear on CNN, MSNBC, ABC News, the New York Times….

With that, we applaud the Democrat Party for seeking the truth when it comes to seating someone who’ll have as much influence as a Supreme Court judge.

It’s too bad they’re not consistent.

I swear that I will most zealously and valiantly shield and preserve by any and all justifiable means and methods… white supremacy.
— Hugo Black, pledge to the Klan, 9/11/23 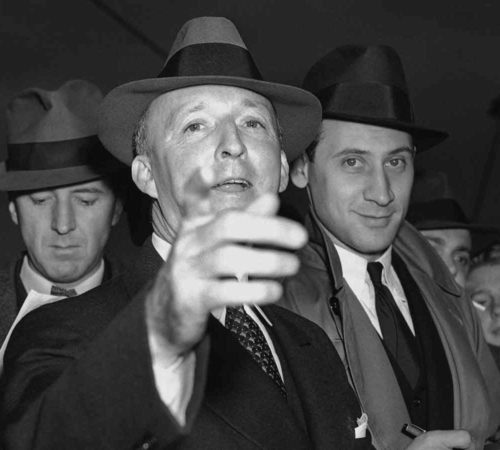 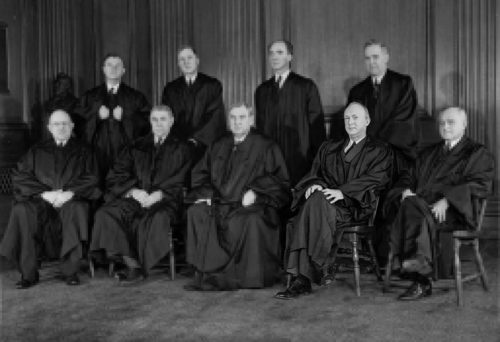 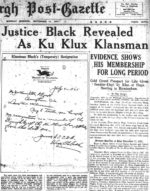 Hugo Lafayette Black, a lawyer and politician from Alabama, was appointed to the U.S. Supreme Court in 1937. Not long after, a reporter exposed his affiliation with notorious racist organization the Ku Klux Klan.

“Justice Black Revealed as Ku Klux Klansman,” reads the headline on the front page of the September 13, 1937 Pittsburgh Post-Gazette. Reporter Ray Sprigle’s investigation of Black’s links to the Klan revealed that he joined the organization in September 1923 and resigned almost two years later, in July 1925.

“His resignation, scrawled in longhand on a sheet of the stationery of the Grand Dragon of the Alabama Klan, was the first move of his campaign for the Democratic nomination for United States Senator from Alabama,” Sprigle wrote. But the reporter had also discovered that in September 1926, while he was still running for the Senate, Black was welcomed back into the Klan and given a life membership. 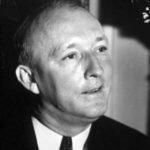 “They brought out no new facts that have not been thoroughly brought out in campaigns in Alabama,” Black wrote in a letter to an acquaintance in late October 1937. “With their practically united press, however (which is chiefly against the President Franklin D. Roosevelt), they had no difficulty in making the public believe that they had broken a startling piece of news.” At a press conference, though, FDR maintained he and the public hadn’t been aware of Black’s links to the Klan.

Some historical records indicate that Roosevelt did know about Black’s association with the KKK, Ball writes. But in terms of the public record, the matter rested there until Black’s death, a week after he retired from the Supreme Court after 34 years. In the course of that career, he made his mark “as a champion of civil rights and liberties,” the New York Times wrote in his obituary.
— Smithsonian Magazine, 2/27/17

Democrats continue to cover for the racists in their midst with the help of academia, the entertainment industry and the media, labeling their own racists as “civil rights” champions to blacks and impressionable young people. When liberal Democrats opt to discuss their racism, there’s almost consistently a justifiable excuse.

That a man like Black should have come to join the Klan is one of those facts monstrously hard to grasp until you approach it not as a moral problem but simply as a piece of political behavior. We may regard such a judgment as an error, but it was understandable.
— The Nation, 7/22/09

Democrats will do anything to preserve the right of the irresponsible to discard the inconvenient results of the promiscuous. Abortion is not about “women’s health” as they’ve been claiming for decades. Their icon, Planned Parenthood founder Margaret Sanger, has proudly declared as much and black people continue to be their most targeted and coveted demographic.

Democrats are only thorough in vetting when it suits them and they’re also very good at hiding the backgrounds of their own, no matter how damaging and justifiably disqualifying.