The entertainment industry is drawn to the southern states when it comes to mocking Americans, especially those with a drawl. Sometimes that accent is shown to illustrate a lack of intelligence.

However, there are parts in the north where stereotypes have a basis in truth. In Massachusetts, we affectionately refer to these people as “townies” or “Massholes”. Today, the Massholes made national news.

The bizarre case of a Red Sox division title banner that went missing Monday came to an abrupt end Wednesday afternoon when a Malden man who says he found it in Somerville brought it to Fenway Park.

The Sox confirmed shortly before 4 p.m. that the banner, which they plan to unveil outside Fenway if they clinch the American League East crown as expected, was in their possession. A team spokeswoman said the people who returned it received nothing in exchange for the item.

Louie Iacuzzi, a 44-year-old Malden resident described himself as a good Samaritan. “[W]e’re trying to do the right thing, but I’m not just going to hand it to them, know what I mean?” Iacuzzi said.

“If I didn’t pick it up, a hundred people would have ran over it,” he said. “I don’t want a million dollars. I don’t need a million dollars. All I wanted was to maybe bring my family, my friends to a [expletive] baseball game, maybe meet a player…. The flag is back home with the Boston Red Sox.”
— Boston Globe, 9/19/18

Had these two men simply made a phonecall to the Red Sox, let them know that they found the banner and where they could pick it up, who knows? The person doing the pickup may have brought some souvenirs, maybe some tickets to the upcoming New York Yankees season finale at Fenway.

Asked whether they wanted cash from the Red Sox, Iacuzzi at first said, “Yes, financial [compensation], maybe some tickets, we want something. We don’t know what we want. We want to return it, 100 percent, but we would like to get something.”

But it sounded almost like blackmail, they acted like the Massholes they are, appropriately got nothing in return and are lucky the visit they got wasn’t from the State Police to take them for a ride. 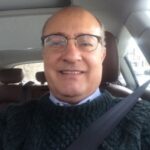 What exactly happened to the banner printed for the Red Sox to hang at Fenway Park when they clinch the American League East title? Somerville Police are trying to find out. Tony Lafuente, the owner of Flagraphics, which made the banner, told the Globe he did not believe the banner fell off a truck.

“These guys stole my banner,” he told the newspaper.

Somerville Police confirmed to WBZ-TV on Thursday they are investigating whether the banner was stolen or found. “This matter is currently under investigation. As this is an active and ongoing investigation, no further information will be provided at this time,” police said.
— CBS Boston, 9/20/18

Tony LaFuente, the owner of the company that makes the Red Sox banners, told the The Boston Globe Friday morning that he had filed a report with Somerville police in an attempt to figure out “what happened.” However, the department said Friday afternoon that they had ended the investigation at his request.

“The investigation has been closed at the request of the complainant,” Somerville police said in a statement. “The SPD is no longer looking into the matter.”
— Boston.com, 9/21/18

There are people called “Massholes” for a reason.