Major League Baseball is Solely to Blame for #SignGate

In the wake of the firings of the general manager and manager of the Houston Astros and manager of the Boston Red Sox for bringing the traditional “crime” of sign-stealing to the 21st century, there’s also a similarity between this so-called scandal and the accusation of New England Patriots “spying” on opposing team signals: silence by the vast majority of other teams and their coaches.

In the case of the #SpyGate scandal, there were a very few active head coaches who publicly went on record to excoriate the Patriots. Now with Major League Baseball’s investigation into the Astros and Red Sox, there are also very few other managers around the league who are piling on  A.J. Hinch or Alex Cora and like in the football scandal, it begs the question. Why?

Could it be because a lot of other teams do it and just haven’t been caught yet or their teams are still really bad despite any supposed advantage?

And let’s not conveniently let the high-and-mighties in the MLB front office off the hook because THEY have allowed sign stealing to be that much easier. Major League Baseball licenses out the games for broadcast and have the ultimate say on how games and teams are presented to the public. There are certain things MLB doesn’t allow, like live cameras in the clubhouse before, during or after games. There are no live microphones in the clubhouses, dugouts or bullpens during that same time. So, if there was a camera or mic in place that could potentially alter the outcome of a game, one would think MLB would take the appropriate action and remove that device.

From back in the early broadcast days until present, we made do with one center field camera angle to the plate…. 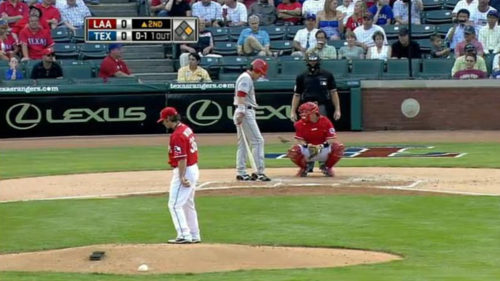 But thanks to innovation, we now have 4K cameras that can zoom way in to give color blabbermouths so much more to talk about and make it so much easier for those on the team whose job it was to steal signs. 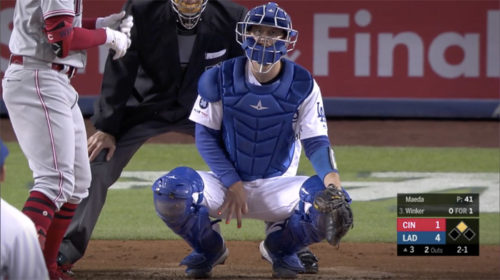 Seriously, what genius in the MLB front office approved of this shot and we now get it dozens of times during every Major League Baseball broadcast, local and national? The same geniuses who are now pointing fingers of authority elsewhere….

The Boston Red Sox used their video replay room to steal signs from opposing pitchers and catchers during their 2018 World Series championship season, according to a report published Tuesday by The Athletic.
— ESPN 1/7/20

Will this be addressed by Major League Baseball in their findings and will the elimination of the unnecessary cosmetic shot be on the agenda during the Winter Meetings?

Teams that didn’t win the World Series (or even make it to the playoffs) will be the first to whine that cheating was the factor. It was also retorted during the #Spygate controversy that no matter how many signs are stolen, players have to still perform of the field. Seeing how sign stealing has been done by all teams since the birth of the baseball, if your team still loses you can’t blame the achievers.

Baseball is a sport built on mediocrity. The best hitters, who command contracts that eclipse $300 million for a few precious years, are lucky if they can hit a consistent .300 batting average. Anything above that puts those players into the elite class. But for any other employee of almost any other job, a 30% rate of performance would’ve had you being fired within a couple months. Tipping a batter off that the next pitch will be either a breaking ball or fastball is huge but that hitter still has to make contact. Anyone who’s watched a Home Run Derby knows that throws straight over the plate aren’t always sent out of the park, thus the intrigue of the event. 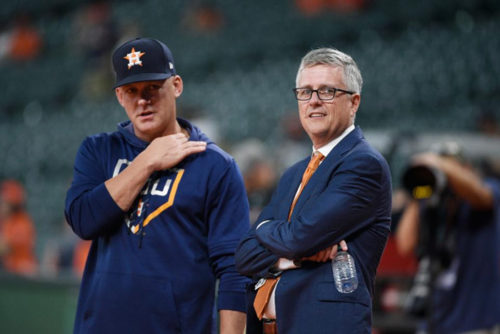 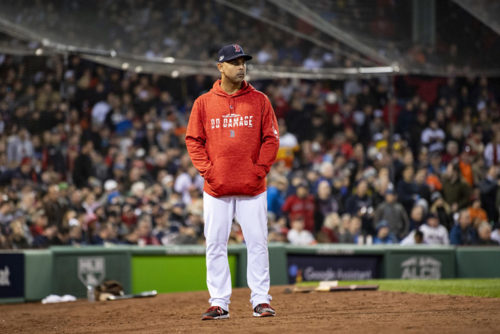 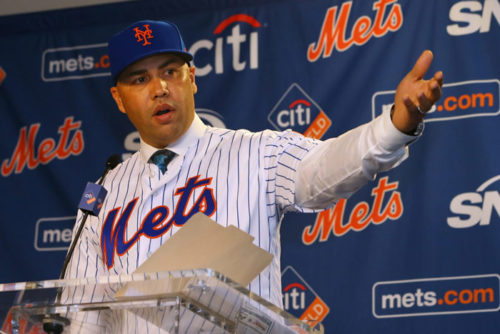 While a general manager and two (possibly three?) managers are being publicly strung up in the town square for public ridicule, let’s not let those high-priced athletes off the hook. Many knew about the electronic sign stealing, were okay with it and are now clamming up.

Citing three anonymous people who were with the Red Sox in 2018, The Athletic reported that Boston players would visit the replay room to decipher their opponents’ sign sequence and then relay the information to the dugout.

Just because a few players are sounding off doesn’t reflect the vast majority who have and will relay catcher signs they see while standing on second base, as has been done for decades which is why signs are always being changed during the course of a game.

Athlete salaries are astronomical, the average career is not that long, and consistent performance is not guaranteed in a game based on mediocrity. The dirty little secret is as long as there’s professional sports, every team will push the rules for any competitive advantage. Baseball is no different. Catchers will continue to trot out to the mound to have that talk with pitchers, base coaches will continue to brush dust off their sleeves and tap their ears and noses, and opposing players will try to decipher the dance and relay that information back to their dugout. Major League Baseball shouldn’t allow sign stealing to be easier and then bitch about it. 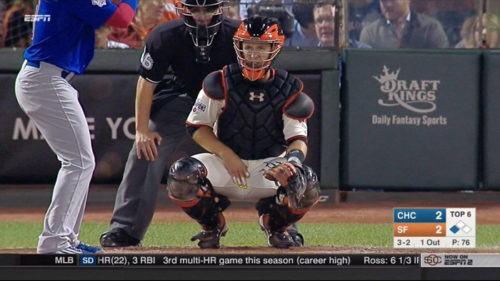 Is this shot really necessary, or maybe a better wording would be if it would be missed? Some baseball fans may enjoy the intrigue of not knowing what the pitcher will throw and what the batter may or may not be expecting. But if this camera angle isn’t shown on the ballpark jumbotron, then it’s not all that necessary at home.

Then we can back to the old fashioned sign stealing everybody knows happens and no one really gives a damn about.