In yet another example of liberal contempt for their consumers, the Boston Red Sox have issued a statement regarding the “removal” of the very loud “Black Lives Matter” sign on the side of Fenway Park; a statement that insults the intelligence of mentally-stable fans.

After almost two years, the Red Sox are taking down their 254-foot Black Lives Matter billboard that has been stationed behind Fenway Park facing the Massachusetts Turnpike.

Bekah Salwasser, the Sox’ executive vice president of social impact and executive director of the Red Sox Foundation, told the Herald on Thursday that the organization has been proud of its support for the BLM movement, but now wants to use that signage to promote the 20th anniversary of the foundation. The change of billboards will take place in the next couple of days.

“We felt it very important to take advantage of one of the most prominent tools this organization has, which is this billboard, to really shed a light on and celebrate the 20 years of incredible impact the Red Sox Foundation has had across New England,” Salwasser said.
— Boston Herald, 3/24/22 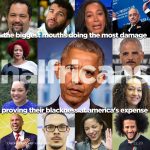 Don’t get me started again on the unfortunate impact and imposition of halfricans who are absorbed into legitimate businesses to create “social impact” through division they magnify to justify their existence. Yes, the Red Sox have unruly fans but so does a lot of other teams and while racism shouldn’t be tolerated, at least there aren’t the assaults, knifings, shootings and the people falling to their deaths from upper decks we hear about happening in other stadiums around the nation.

Call me old fashioned but as a lifelong Red Sox fan who starting at age 8, walked down Massachusetts Avenue from Central Square, across the bridge to Kenmore Square (okay, if I had an additional quarter, I’d take the T), and went to day and night games when bleacher seats cost $1, I was only interested in watching the team compete and ultimately beat the Yankees. I went to dozens of games during my youth and never encountered a feeling I didn’t belong there. I wasn’t a black life that mattered. I was (and still am) a loyal Red Sox fan.

So, why the need to “remove” the sign from the side of the stadium? Could it be because Black Lives Matter has been proven to be the political sham many understood from inception?

In July 2020, with the nation mourning the death of George Floyd, Red Sox decision makers thought they were joining an important movement.

Hmm… they “thought”. Who did they ask, Monica Cannon-Grant?

Team president Sam Kennedy announced a call to action as he asked members of the Sox front office and fans alike to work toward diversity inclusion and racial justice in their communities. To show their support, the Red Sox revealed the billboard, later to be joined by a large banner in the Red Sox bleachers and a permanent BLM sign in the Sox outfield.

Never could they have expected some of their fans to turn on them so quickly.

Sorry, unless you have winning championships down to a science, maybe that’s where members of the Sox front office should have been spending their paid time addressing. Actual baseball “fans”, as opposed to social justice activists, seemed to understand that.

Despite an overflowing show of support from a majority of their fanbase, the organization was also flooded with negative phone calls from what it views as a “vocal minority” of folks who didn’t like the sign.

“No one could predict the future; we certainly couldn’t,” Salwasser said. “So no, we had no idea what really to expect.

Arrogant liberals assume everyone thinks like them and are usually horrified, thus caught off guard, by the slightest pushback. 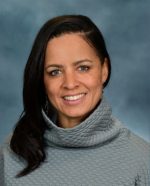 “I’ll be honest, it was a really challenging time for our organization when that board went up. Because as often happens, there is a loud vocal minority that expressed discontent with the board. And that was regrettable with us because we felt so proud when that billboard went up. We were taken aback by the negative feedback. But again, as oftentimes happens, there’s a very loud, vocal minority that likes to make their feelings known.

Unfortunately a lot of our staff had to bear the brunt of some of those really tough conversations from those fans.”

Given current ticket prices, the staff was probably overpaid for the “brunt” they had to bear.

As usual, it was all about them, their “social” impact, or lack thereof. Between the pandemic and the “Summer of Love”, the Red Sox finished the abbreviated 2020 season with an abysmal 24 wins and 36 losses. But having visible support for Black Lives Matter was more important. Ask any fan who may have missed a few innings, trying to get home after being stuck in a spontaneous traffic disruption by BLM activists who demanded commuters check their privilege.

“I also think it’s important to note that last season we also had permanent signage of Black Lives Matter up in the park. So the statement isn’t going away. That’s not changing at all. That will stay permanently affixed to the interior of Fenway Park for all our fans of Red Sox nation to see. We’re proud of that.”

And while the billboard is coming down, the organization said its commitment to racial justice won’t change.

So why are the Red Sox visually distancing themselves from Black Lives Matter?

Aside from the greed of their grifter founder and supporters, they’ve been exposed as yet another liberal entity using willing black people (whom the left would call “house negroes”) for political and personal gain.

The reason this matters is twofold.

First, it proves BLM is directly engaging known Democratic political operatives, undermining its claim that it functions as a charity. And second, it shows Democrats are actively trying to direct BLM and help it deal with the financial transparency scandal it finds itself in.
— Washington Examiner, 2/24/22

Actually threefold: Elias and Moore smell, and can attach themselves to, a lot of political money.

Sorry, Bekah. The socially-compliant in Back Bay and along the affluent Route 9 corridor may accept this on face value but you can only count on WGBH consumers who’ve never watched a game on television to buy the bullshit.

As for the Red Sox organization, it would be sad to think that winning is not one of the priorities of the franchise and instead infecting the product with hires from nonprofits with social agendas that have little to do with wins and losses.

Boston fans are often called the most intelligent in all of sports. Unfortunately, the socially arrogant in the Red Sox front office don’t appear to agree.