WHO, WHEN, WHERE. What and Why is How the Media Produces #FakeNews

I’m sure many of you have heard countless so-called journalists, editors, pundits and commentators repeat that the news comes down to the “who, what, where, when, and why”. While that sounds reasonable and is easily recitable, it’s wrong, in fact that’s how the media effectively blurs the line between news and their elitist, superior opinion. 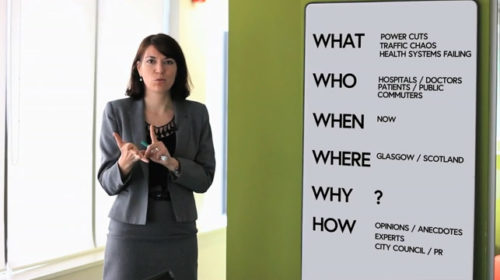 The 5Ws of journalism
Note how a journalism professor talks about the “5Ws”, clearly can’t explain the “why” and throws in an H that includes “opinions”. 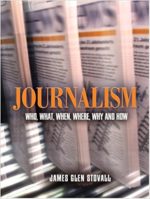 In reality, the news should only be about the “who, where, and when”, despite how it’s being commonly taught and practiced.

You need to know who the news story is about. No brainer.

You need to know where a news incident occurred. Again, a no brainer.

It can make a difference if the reader knows when an incident occurred for timeline context and follow-ups.

Now here’s where things can become blurry, intentionally or not. 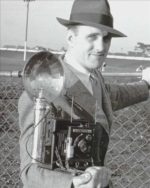 If you already know the “who, where and when” then determining “what” happened is only something one would know if they were actually there to witness the incident. “What” denotes a narrative that can only be composed in speculation, again, if you weren’t there as a witness.

This becomes dangerous if whomever is reporting has an agenda, personal or activist. The “what” can include adjectives that can either elevate or denigrate a subject, thus leading the consumer to a conclusion which shouldn’t be the role or a true journalist.

If you competently explain where something happened, when it happened, and who it might’ve happened to, that should let someone with reasonable intelligence deduce “what” may have happened.

Again, unless the reporter witnessed the incident, determining why something happened is pure speculation.

Even if a news story includes the quotes of eyewitnesses, said reporter is left in that murky zone where the word of a spectator is either considered credible or not. There have been many stories over the years that have had to be retracted because witnesses either embellished or outright lied about what they claimed to have either seen or what they claimed happened to them.

That’s why news organizations need to be very careful upon who they quote; not give any kind of certification on that person’s integrity and remind the news consumer that this is a witness account and not the definitive on what actually happened just because they said so.

If you competently explain where something happened, when it happened, and who it might’ve happened to, that should again let someone with reasonable intelligence deduce “why” it happened.

If a journalist wasn’t there to witness the incident in question, he or she can’t honestly report on “how” something happened unless that person speculates or totally believes as truth the word of witnesses.

Back in the day, any reporter handing a story to an editor with sources whose quotes couldn’t be verified was as essentially handing in a resignation letter.

The most important professional possession of journalists is credibility. If the news consumers don’t have faith that the stories they are reading or watching are accurate and fair, if they suspect information attributed to an anonymous source has been made up, then the journalists are as useful as a parka at the equator.
— Society of Professional Journalists

Editors understood that people exaggerate and sometimes lie and to publish mistruths could open up a newspaper or television station to legal action, not to mention a loss of credibility. With that, you can understand the look a reporter would get from an editor after receiving a story with anonymous sources.

The media should be in the business of distributing the news. Commentary is a separate entity.

But you can see that the “what”, “why” and “how” can be considered pure speculation that has no business in a news story. That is, if it is all about the true dissemination of news. If an agenda is something a news organization wishes to distribute, you’ll receive misleading news stories, not to mention hours-upon-hours of so-called journalists and self-important pundits on cable news and radio telling you “what” they think and “why” you need to see and repeat things their way.

“Who, what, where, when and why” can apply to many other intellectual exercises but it shouldn’t apply to journalism.