More LOSSES! Self-Promoters Should NOT Be Running GOP Campaigns

Look at the Democrats and how they run political campaigns. They seldom make unforced errors based on repeating mistakes from years ago. They are focused, targeted, and experienced. Unlike those allegedly on our side.

Too many uninformed conservatives (who have the ear of our candidates because they donate to them) believe millennials should be running our campaigns because they have ‘less responsibilities’ and can devote more time to what has to be done on the ground. Not sure where that wisdom came from but it’s too bad the consistent bad results aren’t the massive red flag they should be.

Now what do you think these candidates all have in common?

Arrogance, condescension and a group of North Carolina political operative millennials whose only real accomplishments are separating Republicans from their wallets.

I came home to find out that my boys received two trophies for nothing, participation trophies! While I am very proud of my boys for everything they do and will encourage them till the day I die, these trophies will be given back until they EARN a real trophy. I’m not about to raise two boys to be men by making them believe that they are entitled to something just because they tried their best… cause sometimes your best is not enough, and that should drive you to want to do better.
— James Harrison, former Pro Bowl linebacker

Moore’s campaign paid two companies more than $730,000, according to Federal Election Commission records. It paid another $130,000 in total to a GOP consultant and another firm that lists his home in D.C. as its mailing address.
— Daily Beast, 2/28/18

These companies, despite a record of achievement, have successfully gotten a stranglehold in Virginia Republican politics and maybe even got Corey Stewart to part with a generous lump sum from a previously, well-earned warchest to feed the millennial losers. 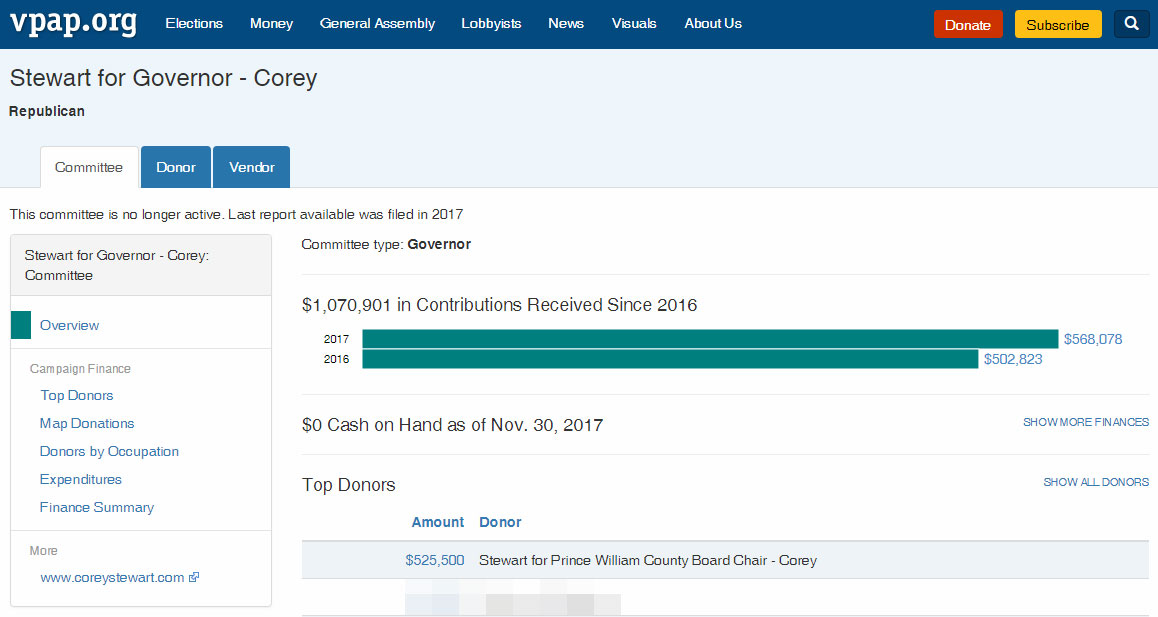 Another Cruzer who sucked money out of Stewart’s campaign was a so-called “social media marketing” company with a very unremarkable website. Again, despite a prior track record of success, it (he?) was paid consistently. 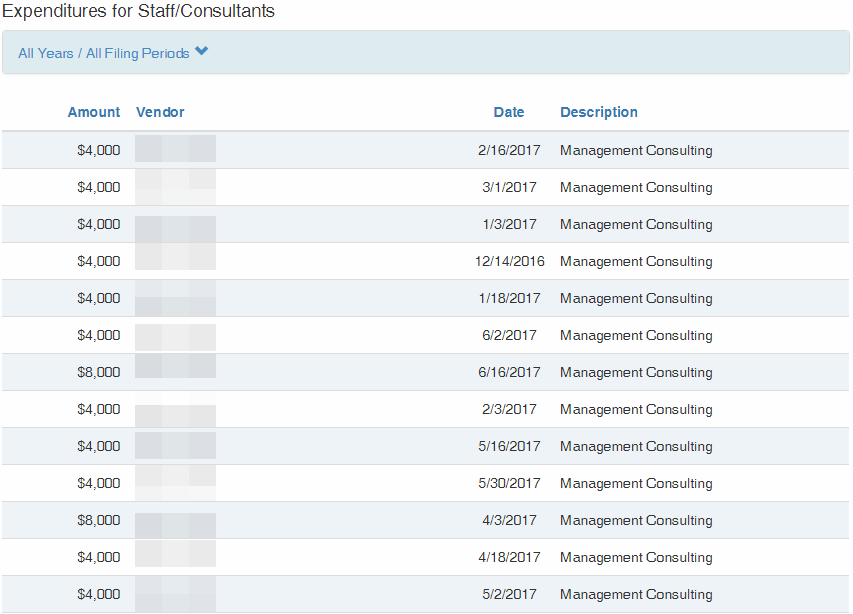 Corey Stewart ran Donald Trump’s Virginia apparatus so we all know where he’s coming from. With that, why would he become associated with ANYONE associated with the very same Ted Cruz campaign that tried to steal Trump delegates in Virginia?

In August, U.S. Army veteran Spence Rogers sold his house in Tampa, Florida and bought an RV, and set off with his wife and three children for a cross-country adventure. Rogers, his family and the RV ended up in Iowa — a state he had never before visited — and instead of sightseeing, he signed on to be Cruz’s deputy director for Iowa.
— CBS News, 1/15/16

Sorry, who does that to their family?

Prior to Stewart’s gubernatorial run, Bob personally sat down with Corey. It ended with him saying he wanted Bob to work on his campaign. However in a subsequent phone call, Rogers didn’t seem to want him on the campaign, said he already had people shooting video with their “tablets” and iphones, and the directive of the candidate was never observed. The pattern of condescension from self-important millennials, despite an ROI of accomplishment is a cancer conservatives need to starting purging.

Stewart’s campaign was managed by Spence Rogers whose outfit, Grow To Win, collected $73,600 for his services. The Stewart campaign used Rick Shaftan’s Atlantic Media and Research for their TV and radio buys, spending $217,631 in the losing effort.
— Bearing Drift, 6/8/18

Why is this important? Again, the level of documented unprofessional behavior without favorable results.

Stephen Lonegan aide Rick Shaftan was fired after an explicit tirade to Talking Points Memo about Mr Booker’s unwillingness to ‘take advantage of the perks of office’ during interaction the Newark mayor had with a vegan from Oregon, concluding he tweets like ‘a gay guy.’
— Daily Mail, 10/12/13

Granted, Shaftan is older but has set the bad example and should have never been considered for races of monumental importance.

Fritsch made a series of controversial social media posts that drew negative attention to Stewart’s campaign. Another Stewart campaign aide, Rick Shaftan, has a history of social media posts that includes calling the NAACP a “more violent” version of the KKK and saying only a “fool” would start a business in a black neighborhood.
— Richmond Times-Dispatch, 9/17/18

Why anyone who supported Ted Cruz, especially when he and Ken Cuccinelli were trying to steal Donald Trump’s well-earned delegates, would be hired by staunch Trump conservative candidates is beyond logic.

And too many of the people absorbed into their campaigns in paid positions are more about flaunting themselves and instead of updating supporters on the state of the campaigns, are more about posting Facebook live videos of themselves going from one event to another and producing amateurish vertical videos for what are, in some cases, multi-million dollar national campaigns.

In sports, any team in rebuilding mode seeks personnel with a winning record. Very, very few teams hire coaches who can’t point to recent winning accomplishments, but in the world of politics our candidates are given poor advice as to who to hire and end up with consistent losers at the helm.

Here’s yet ANOTHER example. 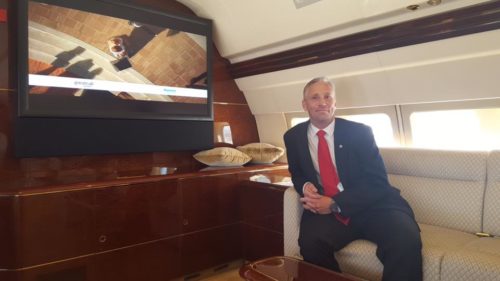 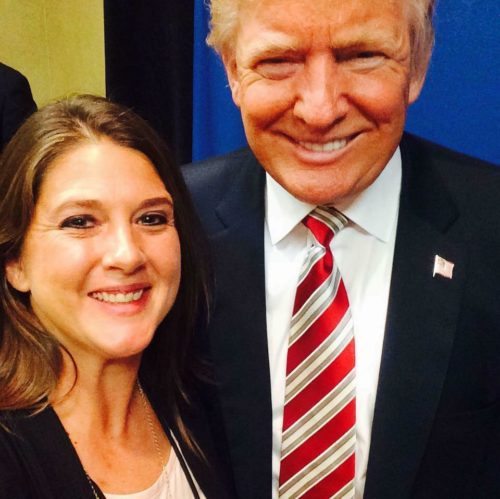 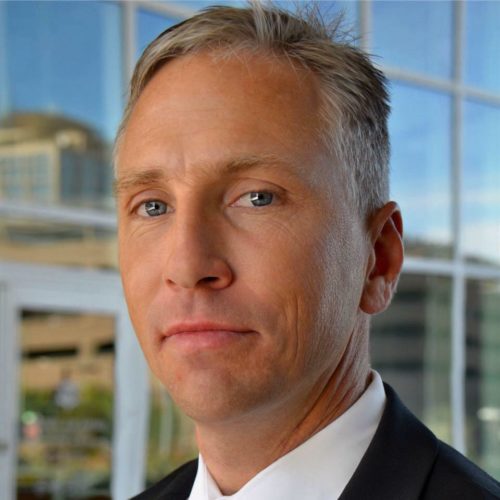 How often do you see Democrat campaign “consultants” make it all about them during the campaign? 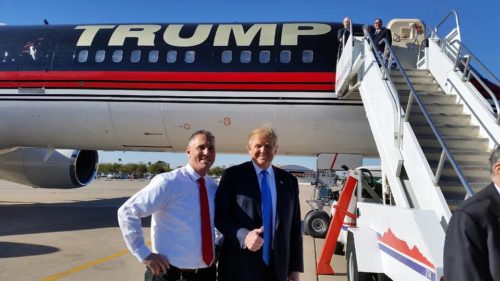 It could be argued that had these “Team Arpaio” consultants spent more time promoting the candidate instead of themselves, the outcome may have been different.

Many of us remember, before places of employment were transformed into millennial safe spaces, a time when younger workers would sit and listen during conservations in the workplace. It was because older employees were experienced and the youngsters thus had little of value to offer that conversation. But today, we’re told to value them despite their lack of experience and the results permeate throughout society, including our political campaigns.

Like so many other examples we’ve documented, until conservative Republicans learn to vet those they elevate and pay, we’ll continue to look the fool after losing another winnable election cycle.

As one millennial posted above, “rich people are often stupid. As an indicator valuable.” – and there’s no shortage of millennials who are clamouring to take their money.