President Trump has repeatedly been called a liar. Some news organizations have a running tally of lies they claim he’s said. He receives no benefit of the doubt.

But (for some strange reason) when it comes to a media person running afoul of the mother tongue, WE are the ones who always hear it wrong?

For today’s edition, we have Canadian-born Kimberly Halkett, White House correspondent for Al Jazeera English during a press conference claiming she responded to Press Secretary Kayleigh McEnany with “Okay, you don’t want to engage” when it clearly sounds like she said “Okay, you’re a lying bitch”.

Here’s the full exchange in context.

And for some strange reason, men seem to come rushing to the defense when it comes to a media blonde (natural or bleached). 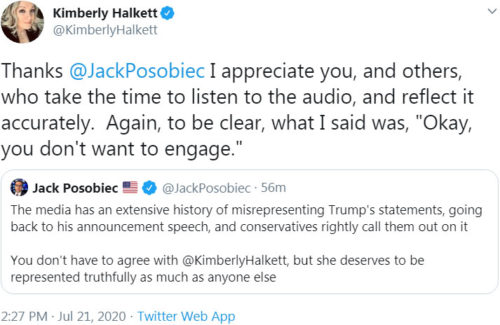 It also appears to be an all-hands-on-deck from The Daily Beast’s liberal defenders. 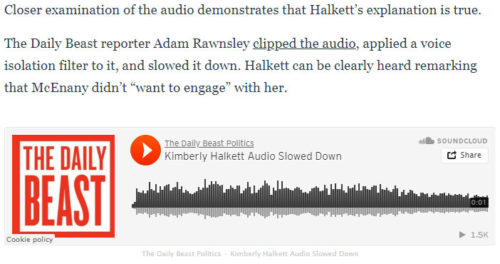 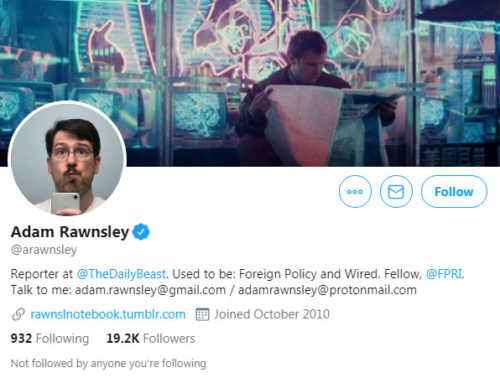 This Adam Rawnsley is a “reporter” and after a quick online search, we see zero evidence he has any kind of audio expertise to conduct any kind of meaningful forensics. There is no such thing as an “isolation filter” aside of a physical mount to shield a microphone from ambient noise. Enjoy impressing the ignorant much? Had a conservative reportedly said this, no extraordinary effort would be set aside for in-depth examination. 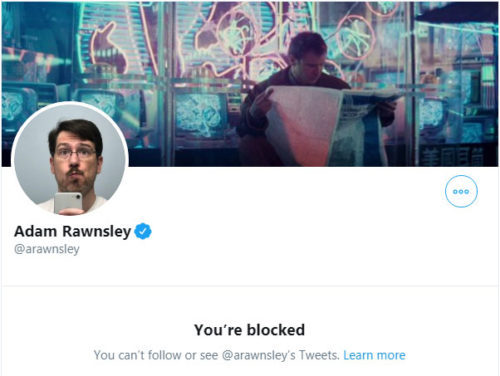 Think we struck a nerve?

It sure sounded like MSNBC’s Alison Morris said “niggers” when reporting about the death of former Los Angeles Lakers legend Kobe Bryant. She said she didn’t, race-baiting pundits (who’d have none of it had it come from the mouth of a conservative) claimed temporary deafness, and she still has her job.

Today’s millennial journalists talk to others, even up to the President of the United States, like they would to their enabling parents. They are routinely rude and talk over those they claim to be asking questions of. There is no professionalism and recognition of appropriate decorum.

Kimberly Halkett could be someone who was used to getting her way. Being caught in her rudeness was another episode she could deny and be pacified to avoid any subsequent tantrum.

But it sure sounds like she called the White House Press Secretary a “lying bitch”.