There’s not much can say about the lack of professionalism in today’s journalism as instances continue to rear their ugly head, especially at one of what’s supposed to be an industry leader.

As expected, the professional media is quite hesitant to admit their errors and Morris found that page in the playbook for her lame response. 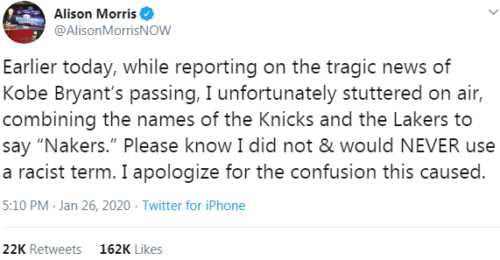 Please know I did not & would NEVER use a racist term.

Uh… you did, but we’re the ones who are confused. Thanks for clearing that up, Alison because we all know this kind of thing never happens….

Loyal MSNBC viewers are giving Alison the benefit of the “confusion” on this one. Some are not.

While fellow MSNBC personalities Al Sharpton and Joy Reid would be up in arms, calling for immediate firings, sensitivity training, and declarations of racist guilt-by-association had this occured on Fox News or anything conservative/Republican, Alison Morris will get a pass…. 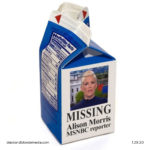 We found no credible report claiming Morris has been fired. MSNBC has not released a statement about the incident or a change in Morris’ employment. The cable channel did not respond to a request for comment.
— Politifact, 1/29/90

… because as we all know, she’s is one of the channel’s preferred type and this is not who liberals are because they say so, right?

In what is sure to become part of the liberal playbook (given the valuable example demonstrated by Virginia Governor Ralph Northam), commit a racist offense, deny it, and act like it never happened. Since Alison Morris doesn’t have his political currency, it looks she laid low for a week just to reemerge as if nothing ever happened. 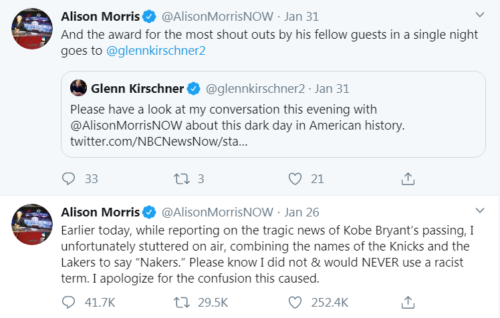 The impeachment of President Trump provided much needed cover. 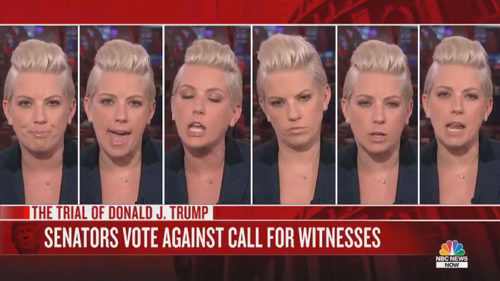 Careful Alison, it was your big mouth that got you in trouble in the first place.