I must admit to not liking too many of Hollywood’s television series’ because they are too talky and when one has to fill up minutes with dialogue, the sentiments of the creators can come right out and slap certain people in the face. Such is the case in yet the latest Star Trek spin off: Brave New Worlds, a supposed sequel to the original series.

First off, these supposed sequels never work because of the obvious visuals where older technology is vastly superior to the past. 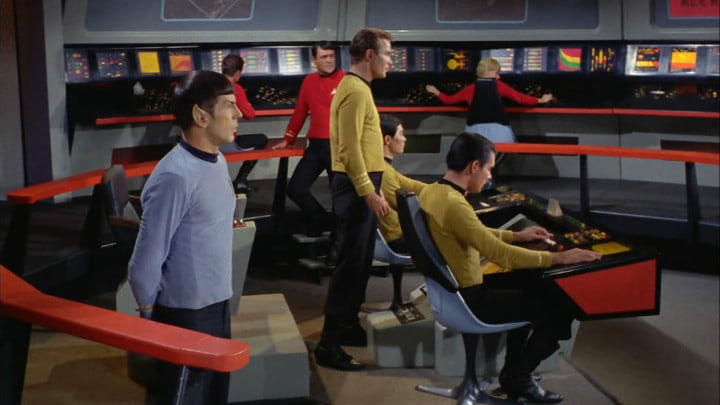 There is also that progressive tendency to sanctimoniously rewrite history to their political advantage and further indoctrinate unsuspecting viewers. For the left, Strange New Worlds did not disappoint.

There were many references to potential nuclear war in the original Star Trek series but the writers were intentionally vague on the issues involved and in the end, we were smart enough to avoid mutually-assured-destruction.

Today’s writers wish (again) to scare their youthful viewers into believing that not only was there a nuclear war, but that it was probably started on January 6th and exacerbated by irrational conservatives.

Micheal Jordan was once quoted as saying something like “Republicans buy shoes too!” Between including Stacey Abrams in another Star Trek series to now pushing the “insurrection” in the latest plot line and blaming the end of civilization as we know it on Republicans, it gives me yet another reason to satisfy my Star Trek jones with the three DVD box sets of the original series that was less talky, politically incorrect, had a decent amount of action, and at no point demonized their viewers.

Sometimes the past is way better than the future.