Years ago, I mocked the notion of the Fox News “leg cam” and it would appear the whole notion of the intelligent, conservative woman is now being called into question by the display of the very attributes the entertainment industry substituted for brains long ago. 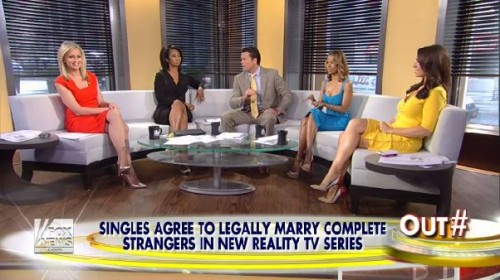 And let’s not even get into the conversations. Some of the topics are timely but the answers reflect the experience and intellect of the participants and not everyone should have a seat on the couch. 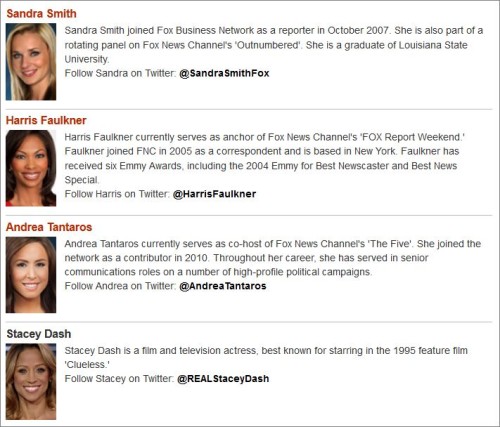 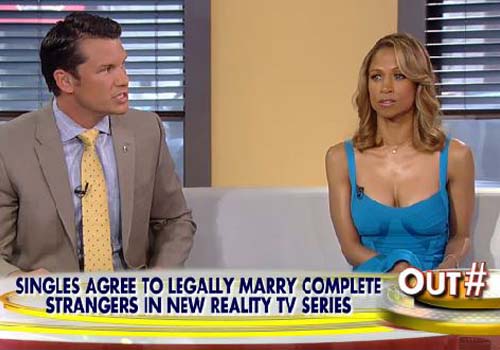 If memory serves, Stacey Dash sent out a pro-Romney Tweet and was racially attacked by the usual tolerant liberal. I know many intelligent, conservative (if that’s even a prerequisite on Fox News anymore) women who’ve done more since the 2012 election than even Fox News gives Dash recognition for.

Stacey Dash is a film and television actress, best known for starring in the 1995 feature film ‘Clueless.’

All of the other women on the show have actual resumes and that’s why their names have links to real accomplishments on the show’s website. Dash’s name does not.

I personally am tired of all of these appointed conservative champions, especially those who are elevated by influential men just because of their perceived attributes.

We can and should expect better.