I’ll share a few links on this as, in our news-aggregator culture where people try to scoop others on the same story, it’s not clear who’s taken the lead on this but my first instinct is to credit those who have the real ability to get the info they seek. My guess is the mostly (if not all) white Anonymous may have an increased interest in getting to the bottom of this horrible case.

The Hacktivist group known as Anonymous has recently come out in support of the Jessica Chambers murder case. The young girl was found burned alive near her vehicle in rural Mississippi. Anonymous claims that the police were ill-prepared to handle such a high-profile case; therefore, the group decided to take the case into their own hands. After hacking into several social media accounts of local known gang members, the group was able to uncover some startling new evidence.

The Anonymous Jessica Chambers campaign is being sourced to Twitter via the user @0Hour1, which is labeled as OperationJessicaC. The first tweet regarding Anonymous jumping on the Jessica Chambers’ case came on December 12, and noted that the hackers believed a “local gang” was responsible for the girl’s untimely death.

Following the initial tweet, things seemed to heat up fast, as the group hacked several gang members’ social media accounts. Anonymous then began tweeting a barrage of damning photos and conversations gained through the cyber attack. The group has claimed to find links between Jessica Chambers’ and known gang members. Jessica has previously dated at least one member of the “Black Squad” gang, according to their investigation, and notes that the gas station where Jessica was last seen is a hub for gang activity.

While an earlier account claimed Jessica had no boyfriend, that clearly turns out not to be the case.

Prince said family members can’t think of anyone who might have wanted to hurt Jessica Chambers. She didn’t have a boyfriend, and they didn’t know of anyone she was talking to on a romantic level.

This could have been one of those unfortunate drug-related messages being sent.

#JusticeforJessica Bryan Rudd is running drugs for the gang in Waterloo, Iowa Can you say Organized Crime? pic.twitter.com/M5WaiEEcYC 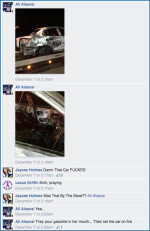 Then again, there is another all-too-familiar type (when it comes to gruesome killings) involved as well….

Probing deeply into the very disturbing mystery surrounding the gruesome torture and burning death last week of the blonde, 19-year-old former high school cheerleader, sundance has turned the super-sleuth laser beam on not only her reportedly abusive black ex-boyfriends, and the usual social media trail of possible clues left by a suspicious gang of black drug dealers known as the “Black Squad” in that area, but also on another 19-year-old: The very shady, yet simultaneously brazen and bold Yemeni Muslim gas station/convenience store owner named Ali Alsanai.

Alsanai, despite being only 19 years old and an immigrant from the notorious Al-Qaeda terrorist stronghold of Yemen (apparently by way of Buffalo, NY), somehow came into ownership of the business in question, M&M First Stop Gas in the back country of Mississippi. His Facebook pictures are full of shots of him mugging with powerful firearms, bling and more bling, piles and piles of hundred dollar bills and other symbols of the gangsta-rap illegal drug culture, and unabashedly posing with local black gang members, evidenced by the constant gang signs being brashly flashed in the shots. The rest of his Facebook account overflows with Islamic text, Mohammedans posing with various battle weapons, pictures of dead Jews and of sickeningly mangled bodies of infants, and various other themes and images of Islamic jihad. 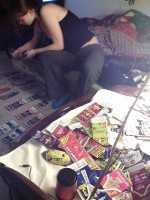 Anonymous shared another aspect of the players involved that makes this story even less “sexy” to the national media, as this isn’t about white-on-black crime, but possibly drug activity gone wrong.

Anonymous then began tweeting a barrage of damning photos and conversations gained through the cyber attack. The group has claimed to find links between Jessica Chambers’ and known gang members. Jessica has previously dated at least one member of the “Black Squad” gang, according to their investigation, and notes that the gas station where Jessica was last seen is a hub for gang activity.

It would appear that Jessica was at least present in a room where blunts (cigars or cigarillos hollowed out and then refilled with marijuana) were present. Her involvement is unclear. And let’s not forget, Michael Brown was caught on video stealing cigarillos. Anyone who believes he was going home to smoke one with a snifter of brandy is deluding themselves.

It is clear that this was NOT a case of an angry #blacklivesmatter black person murdering an innocent, random white woman. In fact, “bbqin yall bitch ass hoes” has come up in casual conversation….

These people clearly knew each other. There was illegal activity in their world. To imply this was a black-on-white, nigga killing sweet minding-her-own-business white girl, racist hate crime is irresponsible. 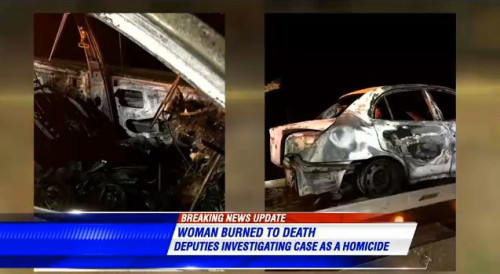 And that’s just what the race-industry and their media parrots would want us all to conclude.