Is ‘The Hunting Ground’ the Worst Documentary Ever?

There’s a myth out there that just because one slaps the category of “documentary” on a film or video production, it’s unbiased truth. 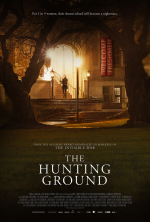 According to the makers of the so-called documentary “The Hunting Ground” which the left regards as this awesome exposé of the “rape culture” on college campuses perpetrated by evil young males run amok, this is a must-see for “thousands” of institutions of higher learning.

According to the Huffington Post, 52 colleges and universities have confirmed with the documentary’s distributor that they will host screenings on campus, but the number is likely much higher. Filmmakers Kirby Dick and Amy Ziering told HuffPost they’ve received inquiries from over 1,000 campuses across the country to screen “The Hunting Ground,” indicating not only a massive demand for information on the part of students, but an existing awareness that institutions of higher education are in crisis. Students want something done. So they’re doing it themselves.

We’re all aware of one-sided opinion consistently presented in all levels of academia and this is clearly all about creating activists, not the educated.

When it comes to a documentary, one would think it would be accurate; that should be a given. However it’s been proven “The Hunting Ground” plays a little loose with facts….

This intentionally inaccurate, agenda-driven “documentary” will be presented on college campuses nationwide as we all know women NEVER lie about rape.

Note how the ABC News report says Banks was “wrongly convicted” instead of “falsely accused”….

Another False Rape Accusation (with consequences)

Let’s hope students are as smart as they claim to be.