Fox News is the Latest Addition to the Liberal Media

As it turns out, the Bret Baier-Megyn Kelly joint attack on Donald Trump may not have been so rogue a strategy after all, but may be a more coordinated plot, not just to exert some influence and take down a Republican presidential frontrunner, but may also be an overall strategy to infiltrate and neuter Fox News as a “conservative” home for news.

For 15 years, Roger Ailes has enjoyed near total autonomy as head of Fox News, but Ailes’ sovereign rule ended abruptly with the move. A 21st Century Fox spokesperson told The Hollywood Reporter from now on, “Roger will report to Lachlan and James.”

“For Ailes, it was a stinging smack-down and effectively a demotion.” 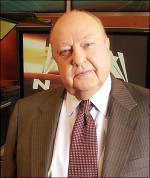 We know that feeling well….

To say that Ailes and Murdoch’s son James have a strained relationship would be a bit of an understatement. James, whose wife once worked for the Clinton Foundation, is a rabid environmentalist who led the campaign to make News Corp a carbon-neutral company. Conversely, Ailes is a “fierce climate-change denier,” who allegedly has called James a “[email protected]#$%!g dope” and “Fredo.”

Sometimes, people give you a sense of where they’re going when they try and assuage your concerns.

Asked if the rightwing views of Fox News matched his own, James Murdoch said: “I don’t let my politics get involved in my business.”

A curious response that should give you a clear hint and it’s up to you if you’re going to take his word for it, although we also have many years of history that proves a liberal’s word is nothing you can count on. But we also have a good idea why the debate attack was so pointed thus to define where Fox News stood on the Trump candidacy.

Last month at the behest of Ailes, Fox News gave Trump more airtime than any other candidate, and analysts and hosts made pro-Trump arguments and gushed over him. But then the network jumped the shark at the Republican Party’s first presidential primary debate in Cleveland, Ohio, last Thursday.

Murdoch’s message to blunt Trump’s rise in the polls came loud and clear over his social media and publishing outlets, and the Fox News debate moderators tried to destroy his candidacy in a single night by unleashing an all-out character assassination to discredit him.

So, there it is. Not only was the mission to take out Donald Trump but to also send a message to the other Republican candidates and Fox News’ viewers. The outrage many have expressed has been blown off, thus dismissed. Megyn Kelly got a pat-on-the-back of encouragement, and we make see the effort stepped-up as Trump has not only weathered the media onslaught, his lead in some polls has expanded.

Donald Trump’s lead over his Republican presidential rivals grew substantially in the days following the first GOP debate and his controversial comments about moderator Megyn Kelly. Trump’s support increased by 7 points, to 32 percent, according to the latest Morning Consult tracking poll.

We have the makings of a revolt: not between nations but between the the subjects and the sons of a king who’ve been given the reins of power and are flexing some muscle. Some people may walk, some may hold their nose, and some may smile and say good riddance to “Faux News”. Only a stupid person would want to dismantle the current champion for reasons that have little to do with good business and everything to do with partisan politics.

One can only imagine what two stupid people can do.

A little background into those now in charge of Fox News is in order.

While Fox News politically leans to the right, the wives of its top executives lean to the left.

Sarah, 44, is a progressive-minded, British-born Australian model, former host of “Australia’s Next Top Model” — and wife of Lachlan Murdoch, co-chairman of Fox News Channel parent, 21st Century Fox. She was also instrumental in convincing her husband to boot the controversial Bill O’Reilly, company sources told MediaBlast. “These women have unique access and complete trust (of Lachlan and James),” a Fox News executive said.

Kathryn and James Murdoch are the co-founders of the charity Qudrivium, which funds progressive causes like environmental protection, science, childhood health and equal opportunity in the workplace — issues not exactly aligned with many of Fox News’ biggest contributors.
— New York Daily News, 4/19/17

Just an FYI to all those who have their televisions parked on Fox News, every waking hour of the day.