Suckas Fell For the College Myth, Now Whine About Their Student Loan Debt

You know, they let anyone write online nowadays because this Jordan Weissmann, Slate’s senior business and economics correspondent, must be this genius for stumbling across such the thesis: federally-funded student loans could be driving up tuition costs. 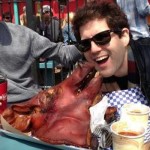 In 1987, President Reagan’s secretary of education, Bill Bennett, published a now classic New York Times op-ed titled “Our Greedy Colleges” in which he argued that the government’s attempts to make higher education more accessible may have also accidentally made it more expensive. “If anything,” he wrote, “increases in financial aid in recent years have enabled colleges and universities blithely to raise their tuitions, confident that Federal loan subsidies would help cushion the increase.” Ever since then, academics have sparred over whether the so-called Bennett hypothesis is really true. Do colleges actually take advantage of all those federal grants and loans by hiking their prices? And if so, are some schools even more callous about it than others?
— Slate, 9/8/15

It’s clear Weissmann is torn because he’d never envision liberal academics “taking advantage” of anyone, let alone the children, and even more horrifying is the possibility the hallowed halls of academia just may “callous”.

A few years ago, I had an opportunity to speak to students at Roger Williams University and during the discussion of a host of issues, I said if I had the authority, I’d do away with all federally-funded student loans. You can imagine the sounds of gasps in lecture hall.

I explained my rationale to the students this way….

If you went to a car dealer, saw a vehicle you liked but found out it was too expensive, you’d leave and seek out another dealer that may have a similar model that fell within your budget. If enough people looked at that car and walked away, the dealer would be forced to lower the price in order to sell it. 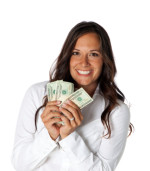 HOWEVER, if you were to walk into that same dealer with a blank check from the federal government (trumpet fanfare!) and instead of buying that cheaper car, you could leave the lot with any car you wanted, just what do you think would happen to the price of all the cars on the lot? Once you inject the power of a government check that’ll cover whatever you choose, all bets are off.

Oh and by the way, it’s only a loan. You can leave the lot with that pricey car but you’ll still have to pay for it later and as it’s from this federal government, the whole notion of a “fixed” loan was never an option and they can up and take it out of your future earnings if they wish.

So, apply that concept to a college.

Aside from some brand new student centers and laptop giveaways, the value of the education is not worth the price. Students are, in some cases, forced to buy new reprints of books written decades ago. Math never changes. English evolves but not by a value of thousands of dollars, and the only thing really different are new, socially-oriented courses that do very little to enhance the value of a graduate to a future employer.

Women’s, Afro-American, environmental studies, etc., are fairly useless courses that keep some of our least productive, but “victimized” citizens employed as faculty. It makes the campus hierarchy and politicians happy, keeps students angry and active, and are ultimately a total rip off.

BUT, you get to pay for it with a federally-funded student loan with a higher-than-normal interest rate. Now you see why some of the Democrat presidential candidates are pushing for so-called “student loan forgiveness”. The rates are so high, the post-student income so inadequate for paying for that loan, poor parents have their entitled children moving back in with them, and let’s not forget one other fact that should damage the sense of youthful self-importance: they are WRONG about college.

Do you really think a college would try to find a way to admit them to their campus if they had no access to money? To be blunt, no college really gives a damn about a student until a check clears. They don’t care if the shit they put in kids’ heads leads to a meaningful career or not, and if they can jack up the tuition costs higher so tenured faculty can take even more sabbaticals and work even less than nine months out of the year, it’ll happen as long as students keep taking out those loans.

Then again, we are living in a time where ignorance is an excuse and poor choices are forgiven so very expensive lessons never have to be learned.