To ‘Save Our Democracy’, It’s Time for More Veterans to Assume Leadership

Veterans, for the most part, have one thing in common. At some point, they found themselves in direct harm’s way. Defending democracy was no political bumper sticker slogan recited during an election year. Injury or death was a distinct possibility and they were putting their lives on the line for millions who appreciated their sacrifice and millions of others who were oblivious.

Today, the term “patriot” has been highjacked by those who bestow honor and virtue upon themselves simply because of their ability to push back on social media, blab away on cable news shows, and attract attention simply because they exist. Merriam-Webster partially defines who some of these people are….

Today, active fighting or resistance is not a requirement to being a patriot: a person only needs a strong sense of love for one’s country.

Over the last few months, there have been numerous stories of veterans making an additional sacrifice for their country.

They are running for office.

It seems clear some veterans have had enough of people who (either chose not to serve, found ways to avoid serving or) place their own personal interests above the best interests of the country. They appear to have had enough of those who sell out our nation to foreign powers and have no problem sending Americans to fight battles that are not vital to our national security, meanwhile look the other way when genuine enemies are empowered, at worse with our tax dollars.

In 1959, science fiction writer Robert Heinlein wrote the novel Starship Troopers. “Heinlein firmly endorsed the anti-communist sentiment of the Cold War era in his writing. Heinlein served in the US Navy for five years after graduating from the United States Naval Academy in 1929. His experience in the military profoundly influenced his fiction.”

One scene from the 1997 film adaptation sums up his sentiment on where he believed “democracy” was going and what was a possible solution.

Being a citizen and having a vote is something that’s been taken for granted for many years. Some people don’t vote because they believe it’s a meaningless gesture and others believe it’s a tool to be manipulated for political and/or personal gain. Most of those who play games with votes have never served to protect that right, among others. In fact, politicians have sought (and at times succeeded) to mute the votes of active duty servicemembers simply because they didn’t like a Commander-in-Chief they’d most likely vote for.

Many of these politicians who’ve never even considered protecting the nation with their lives are the very ones who are crying about the “fragile” nature of our democracy and were the first to cower in fear during the Capitol riot. 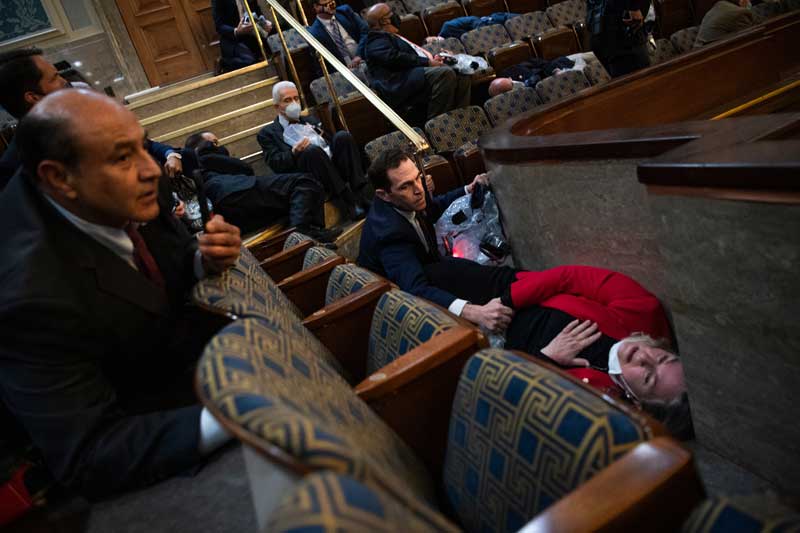 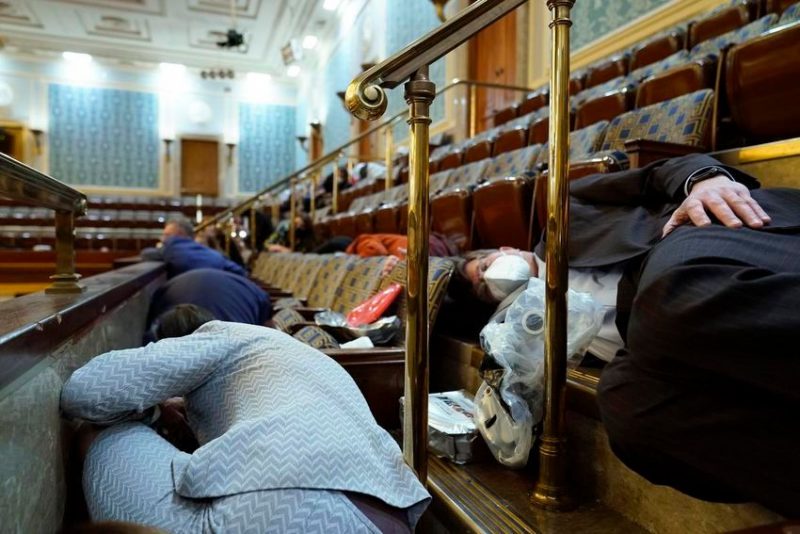 Is THIS how veterans would have reacted to the breach? Seeing how almost every conservative rally since 2009 has been totally peaceful (when no liberals counter-protested and brought signature destruction and violence with them), chances are veteran lawmakers would have personally gone to the protesters with appropriate backup, told them this was not right and go home. Running towards “danger” was what they were trained to do.

January 6 was hardly an event that would make a wartime veteran retreat.

A veteran would not have shed tears recounting an event where very few weapons were present. You wouldn’t see sobs from veterans who weren’t anywhere near the location in question and make it all about them. 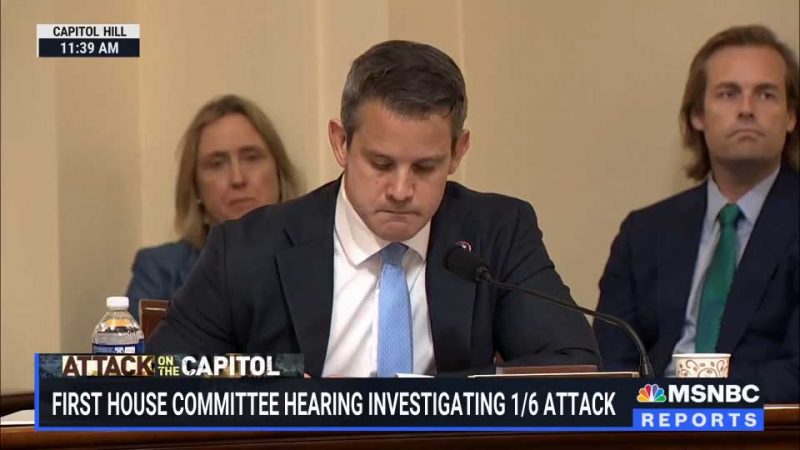 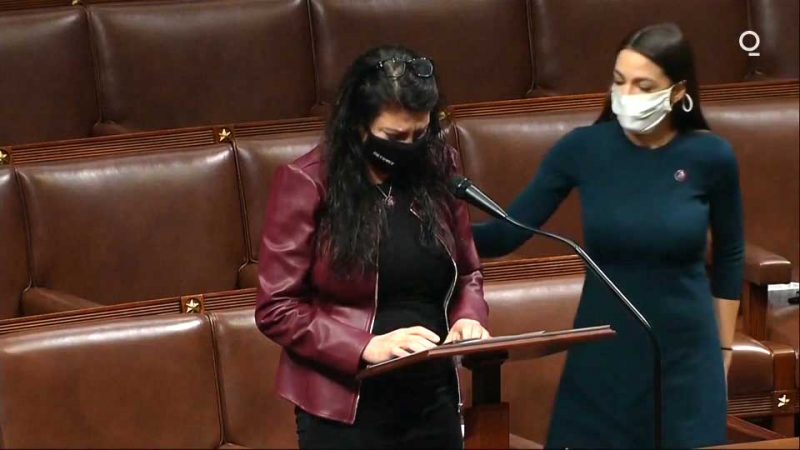 Look at all those who interfere with our lives on a daily basis. Overpaid government health officials, state and federal office holders, Big Tech, legacy media pundits and columnists, social media trolls; how many of them have served and understand the value of the very freedoms veterans put their lives on the line to protect? Look at those who are quick to subvert votes so they can attain power over millions. Do these people appreciate that right and could the case be made they don’t deserve it because they never made the personal decision to defend it?

Of course, there are notable exceptions.

While Senator Lindsey Graham DID serve, he was commissioned as an officer in the Judge Advocate General’s Corps (JAG Corps) in the Air Force. He was never really in the shit and spent most of his service in air-conditioned offices. No responsible officer would recklessly, publicly call for the assassination of a foreign leader (no matter how despicable) because we understand how that could later be directed at our Commander-in-Chief.

Seeing how so many of us have been banned from Twitter for “hate speech” or something else intentionally vague, how is it this Tweet is allowed?

And do academics (with little if any real world experience) deserve the power they have, especially when they can play God with “science” to the physical peril of every man, woman, and child on the planet, especially when too many went to college to avoid serving? Do political media blabbermouths deserve the right to dictate how people should react to policies they prefer and be allowed to publicly demonize those they disagree with, seeing how most were too chickenshit to personally defend those rights? Do politicians, who are quick to restrict the free movement and assembly of those they claim to represent while disregarding restrictions that personally inconvenience them, deserve power they’ve never put all on the line to earn? It’s clearly past time to jettison and replace those who bestow the right to vote to those who aren’t even lawful citizens.

Maybe this is why we see a conscious effort (by those who didn’t serve) to dilute the intestinal fortitude of those serving and who’ll they’ll be once they leave: patriots who’ll unquestioningly obey the cowardly.

The case could be made that it’s time for those who literally put their lives on the line to take charge. For whatever the initial inspiration to join, only a veteran understands the seriousness “duty to country” took once they voluntarily signed away their own personal freedom and made their own lives subject to the whims of those whose motivations may or may not be what’s best for the country. Maybe it’s time for veterans to no longer be props for top-heavy nonprofits and indifferent government contractors who use them for self-enrichment or government agencies whose employees tolerate their presence because they simply represent a paycheck and pension.

Maybe it’s time for the real patriots to “save our democracy” because those who are in charge now know nothing about sacrifice and that’s the problem.