Who woulda’ thunk it; one of the premiere news outlets that hammered Donald Trump and his campaign manager with allegations of racism was treating some of their own employees quite poorly.

You won’t see this story circulated much because racial harassment and oppression is more rampant than the holier-than-thou media will readily admit. 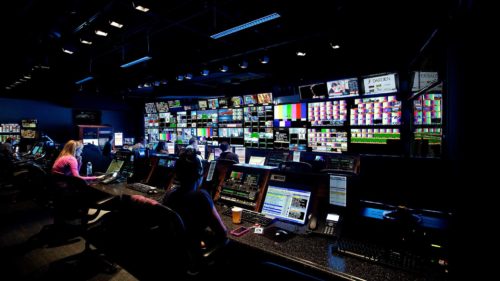 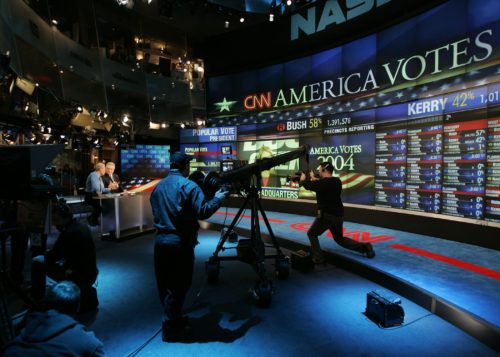 See any black people in these pics…? Didn’t think so.

It says based on data provided by Turner, blacks are terminated at a higher rate than whites and promoted at a significantly slower rate. And the lawsuit said written and unwritten policies and practices for performing evaluations and promotions discriminate against blacks. Those policies “allow supervisors to essentially handpick candidates through word of mouth for available positions and make promotion decisions on the basis of subjective criteria,” the lawsuit said. “This system prevents qualified African-Americans from competing equally for positions or even knowing that they are available.”

How familiar this sounds.

Bob was the only black department head at his last media job and for some reason only took home a little more than half in salary as his colleagues. This after being awarded the company’s Employee of the Year in his second year.

But we’ve also been to many cable, network news, and radio station lobbies where we see a lot of black people who just happen to be security guards. When you go upstairs, things get quite white in a hurry. The producers, production staff, interns, etc.: almost all white. We honestly believe it’s not as much blatant racism as it’s intimidation of someone who actually does more than just the minimum to get a paycheck. There are mediocres of all races and genders in all industries, but some are clearly more protected thus comfortable than others.

Liberal Hollywood was much worse.

According to Bob, in some of the post production suites it was common (at least in the mid-90’s) to hear racist and sexist comments made by white senior personnel, and women and minorities couldn’t say anything because that whole “You’ll never work in this town again” thing was THE deterrent to filing any kind of complaint.

“Upon information and belief,” the suit says, “African-American employees have had to endure racial slurs and prejudicial biases from superiors such as, ‘it’s hard to manage black people’ and ‘who would be worth more: black slaves from times past or new slaves.’”

Nepotism also runs rampant as, in some cases, the only prior experience some new hires have in television is the fact that they’ve watched it.

One black person who is safe in cable news is Al Sharpton, as well all know the very costly shitstorm that would occur if he were to be held accountable for lousy ratings and released altogether.

Don’t expect the broadcasting and cable news channels to make much of this. Not because they’d be picking on one in their own industry, but because the very liberals who point fingers of disdain towards Republicans and conservatives are quite the racists themselves. And some of the entities on the right aren’t far behind.