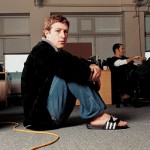 If Facebook was owned by a Republican-president-visiting partisan, you know the following wouldn’t be celebrated, but as we’re talking about an Obama-visiting liberal like Mark Zuckerberg, the left and their media will be in willing compliance.

One of the first questions to be asked is are Mark Zuckerberg and Facebook COO Sheryl Sandberg even qualified to screen ‘news’?

Don’t let a valid question get in the way of power-hungry narcissists.

Facebook is going to start fact-checking, labeling, and burying fake news and hoaxes in its News Feed, the company said Thursday.

A team of Facebook researchers will also review website domains and send sites that appear to be fake or spoofed (like “washingtonpost.co”) to third-party fact checkers, a Facebook spokesperson said. Of the 42 news organizations that have committed to Poynter’s fact-checking code of ethics, Facebook is starting out with the following four: Snopes, Factcheck.org, ABC News, and PolitiFact.
— Business Insider, 12/15/16

To combat fake news, Facebook has teamed up with a shortlist of media organizations, including Snopes and ABC News, that are part of an international fact-checking network led by Poynter, a nonprofit school for journalism in St. Petersburg, Florida.

We’re not sure how Snopes achieved the ultimate in fact-checking status.

Many news organizations have had their share of journalistic faux pas, but we’re now being informed of this “fact-checking network led by Poynter”?

The topic of funding is on the table because of the following paragraph on the Poynter website….

We are transparent about our funding sources. If we accept funding from other organizations, we ensure that funders have no influence over the conclusions we reach in our reports. We detail the professional background of all key figures in our organization and explain our organizational structure and legal status. We clearly indicate a way for readers to communicate with us.
— International Fact-Checking Network fact-checkers’ code of principles

Over the years during debates with hostiles, liberals are quick to demand to know where a conservative gets their funding, yet when asked about where said liberal gets their funding, we’re told to go to a website where the funding normally isn’t disclosed.

And does THIS look like a detailed “professional background” of their faculty? 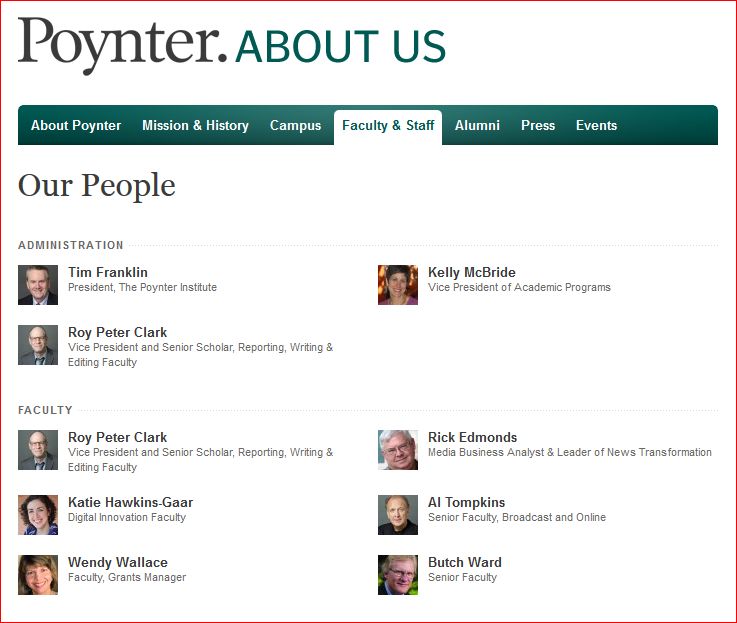 Aside from an “ethics” report where they brag about getting a $1 million donation from Craigslist founder Craig Newmark to “fund a faculty chair in journalism ethics”, there’s no readily available funding disclosure on the Poynter website while they appear to expect that of others.

Craigslist in the same sentence as “ethics” could almost be a bad punchline.

Even more suspicious is what happened when we attempted to get some numbers from nonprofit watchdog sites on Poynter…. 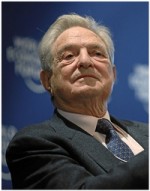 We’ve always been rightfully suspicious of non-profit liberal career mills where good intentions trump a lack of mission accomplishment while very generous salaries are paid in abundance. We DID manage to find an insight as to why funding numbers and donors may be an inconvenient truth….

A new course on Islam designed for journalists tries to minimize the impact and importance of ”jihad” by comparing it to the number of murders in America each year. That same course claims ”right-wing activists” tried to tie American Muslims to terrorism and doesn’t mention examples of Islamic attacks on press freedom.

That’s the way a prominent news organization is teaching journalists in a three-hour online course. The Poynter News University, part of the Poynter Institute, launched the free course ”Covering Islam in America” to guide the media on their coverage of Muslim communities.

The George Soros-funded Social Science Research Council, which received $50,000 from the Open Society Institute ”For Initiative on HIV/AIDS and Social Transformation,” is one of the groups behind the initiative, along with the Social Science Research Council at Washington State University. That fits with a theme for liberal financier Soros, who has spent more than $52 million on influencing the media. The Islamic course also links to another Soros-funded entity, the well-financed Center for American Progress.

Aside from a place where people see a news story and re-post it as if they were the insightful that found it in the first place, people should just use Facebook as a place to share your vacation and family pics.

Is Snopes.com Really Going Broke While the Mikkelsons Live Large?