#DayWithoutImmigrants: Why Not a Week or More Without Illegals?

Only in America can we operate with the tortured logic that if enough people break a law, the law needs to be “reformed”. That logic only appears to apply to illegal aliens.

Univision anchor Jorge Ramos argued that illegal immigrants commit crimes at a lower frequency than U.S. citizens, and the vast majority of illegal immigrants in America are just people trying to create better lives for themselves and their families.
— Fox Insider, 2/13/17 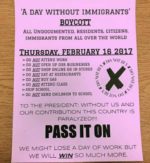 Aside from the sheer fallacy of that statement, try robbing a bank and once caught, argue that you were only trying to make a better life for your family and see how far that gets you.

Lawbreakers and their pundit advocates are in our face telling how much we need them and their employers are insisting their hiring of illegals makes our lives that much better.

Instead of the bleeding hearts who live in states with a lesser infestation, talk to residents of affected border states on how illegal aliens have affected their lives. It’s seldom a culturally-enriching experience.

There are many laws regulating the entry into the United States, who is financially responsible for anyone sponsored, the antiquated 14th Amendment which was ratified in 1868 as a redress to slavery making the offspring of slaves automatic American citizens and now being abused creating “anchor babies”, and the untold number of under-educated illegals who are allowed to remain here and commit crimes because politicians shirk their Constitutional duty to protect the American people.

Let’s not forget what kind of “immigrants” we’d like to enter our nation and what’s expected of THEM, coming from a respected Democrat….

Despite the popular talking points, no one from another country has a right to enter the United States just because where they’re coming from sucks. We are under no obligation to admit people just because certain special interest groups want them here. We are under no obligation to embrace their cultures because it’s racist to expect them to embrace ours and it should be a crime that the American people are forced to pick up the tab for those who believe it was their right to violate our border and commit additional crimes so they can stay and “work” here.

For those who believe a #DayWithoutImmigrants is something we should support, why not make it a week or a month? 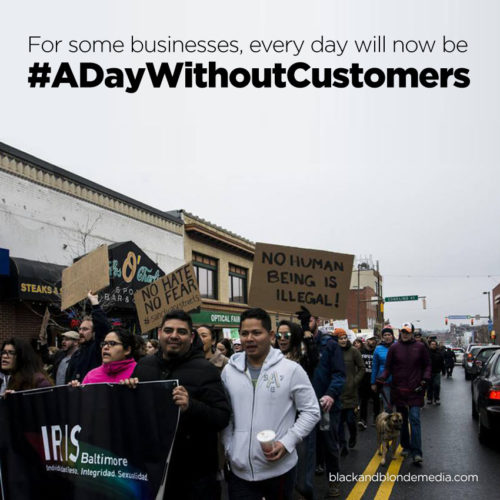 We can survive without those closed businesses and now that we’ll know who they are, we can avoid them and frequent businesses that observe the rule of law.

Thanks for the heads up!