In the real world, it’s a given one can’t go to someone and make “demands” when that person has nothing immediately to lose. But in the isolated world of academia, normal rules don’t apply as evidenced by a recent meeting streamed on Facebook Live (in an possible attempt to coerce via live shaming) in the president of William & Mary College when #BlackLivesMatter issued “demands” that turned into a teachable moment. 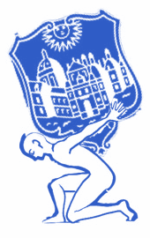 It would be interesting to ask the William & Mary #BLM branch, “#BuiltOnOurBacks” to explain just how much has been built on their backs. It’s clear these students are squandering an invaluable opportunity at one of our nation’s better colleges to acquire social justice goals that will not get any of them employed outside the narrow progressive nonprofit realm.

The following is an excerpt from the near-80 minute sit-down in President W. Taylor Reveley III office that didn’t go as well as the students arrogantly assumed it would.

Getting back to the real world, not too many of us could go into a boss’ office, make “demands”, and expected them to be implemented. Many of us would have to be extremely good employees to “agitate” and still have a job. But as we’re NOT talking the real world, this is how Erica West, a student coordinator at W&M’s Center for Student Diversity responded on Facebook after the meeting. 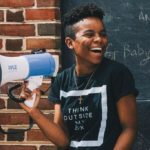 It is worth noting that since this meeting has occurred, my identity and the identity of other organizers has been shared on conservative sites like The Daily Caller and TheBlaze, to the vitriol of their respective audiences (as well as the W&M alum who have received their news from these sources). I share this noting my inbox has been filling up with message requests from trolls all afternoon.

I share this to make a point: Saying and actually living out #BlackLivesMatter is not easy. It is not universally popular. And it, like any other social justice movement, will be met with resistance by people who disagree with the very premise.

When we say things like “make change”, for the sake of transparency, this is what the process of making change can look like.
— Erica West, Facebook 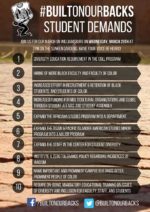 Here are the “demands” issued to President Reveley according to the transcript of the meeting:

• That all students graduate with an informed exposure to non-Western and black cultures and history;

• The hiring and retention of Black faculty and faculty of color;

• Greater emphasis put on the recruitment of black students and students of color;

• That the Africana Studies program be named an official department;

• That the Asian and Pacific Islander Studies minor program is named a major program;

• That the Center for Student Diversity be expanded in its staff;

• That the College implement a zero-tolerance policy when it comes to instances of racism;

• That our campus makes further efforts to commemorate the history of slavery and the contributions of Blacks to our college and society by dedicating spaces on campus to this objective;

• The mandatory educational trainings on issues of diversity and inclusion and discrimination for all faculty, staff, and students.

Again, on an isolated academic fiefdom, such demands may be of some social value but very few, if any of these “demands” will help a student get a job where they’ll have to compete with other applicants who took advantage of their limited time to be educated with skills that an employer value.

The #BlackLivesMatter group didn’t take well to their demands not being immediately addressed and implemented.

We are deeply troubled as to how our meeting with President Reveley ended on Wednesday, March 29th. A group of sixteen BLM organizers and supporters met with the president, at his request, to present a list of ten demands aimed at addressing lackluster support for minority students on campus, including, but not limited to: the creation and hiring of a Vice Provost of Diversity and Inclusion, administrative support for campus-wide diversity education for students and staff; recruitment and retention of faculty of color, and expansion of interdisciplinary programs. During the meeting, our group was routinely met with disrespect, condescension, and invalidation. Despite the proposal created by organizers and the respect shown by student leaders, President Reveley failed to recognize the urgency of our demands. Through his actions and evasive rhetoric, he has shown that he does not respect the experiences and concerns of people of color on our campus. We strongly recommend that President Reveley and the Board of Visitors release a timeline outlining implementation of these demands and recommendations put forth by the Task Force for Race and Race Relations.
— #BLM Conference 2017, Facebook, 3/31/17

Don’t expect another meeting with the college president any time soon.

The students may wish to read their public statement when they demand to know why.