Snowflake Millennials Have Turned America into Their Fascist Safe Space

It wasn’t enough that college campuses have been overtaken by easily-offended, la-la-la screaming, free speech intolerant social justice warriors who are triggered into fetal positions of fear and hysteria should anything be said or shown that offends them. Some have gone to great lengths of simulating offending messages that sends a campus into an uproar just so their points of creating awareness to the cause du jour can be made.

But when it comes to anything involving the left, enough is never enough. It wasn’t enough that convenient speech was limited to the campus. Too many bad things were happening in the real America that could no longer be tolerated. The safe space needed to be expanded, despite the guarantees afforded the rest of the population by the First Amendment.

A population normally doesn’t succumb like a bunch of pussies.

The easily-triggered snowflake millennials (led by scraggly-hair oldhead liberal professors directing safely behind the scenes) have taken to the streets and way too many are succumbing to the bullying tactics of cowards hiding behind black masks, loud-mouthed screechy young women who dare to be physically assaulted while throwing punches, and are now dictating what free speech they alone will authorize.

They’ve managed to alter municipal laws so they can legally impede the movement and speech of others with little fear of civil ramifications. They don’t need permits to assemble and commit acts of vandalism or worse. They can demand anything they deem offensive removed from theaters, book shelves, on television and/or online.

They can label those they disagree with adjectives that result in loss of income, if not livelihoods and do so with impunity.

It’s also arguable that many of these supposedly-educated “anti-fascists” are not all that bright. 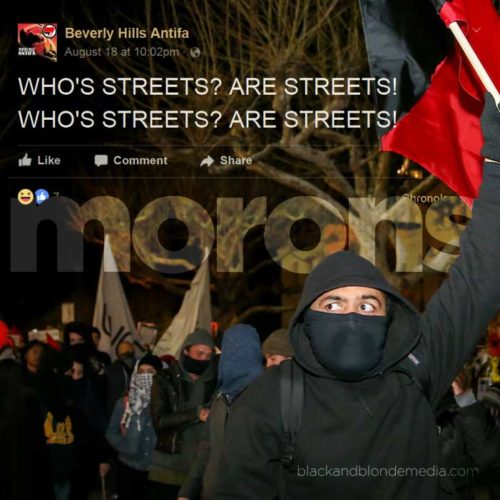 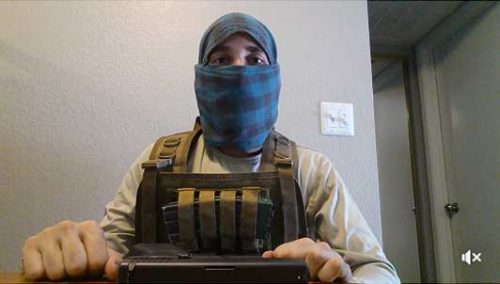 As evidenced by their social media presentations, very few of these millennials are capable of living independently. Many create videos from their parents’ homes, probably aren’t working thus have way too much time on their idle hands and even more would have a case demanding a refund of tuition money for an education that just didn’t stick. But now, we’ve allowed these young punks to take over the relative order of civil society and turn it into their irrational safe space, ramped-up because half of the population were racist and intolerant enough to vote into office a president THEY didn’t want.

Those voters, and the like-minded, are now fair game for violent retribution by hordes of spoiled children hiding behind bandanas to conceal their identities as there is that remote possibility of being thrown out of their rooms by fed up parents who may or may not bail them out if arrested.

It will be interesting to see what happens if the snowflakes attempt a takeover in a city run by those who aren’t in fear of offending politically correct fascists. That could be fun video indeed, especially when the crying snowflakes are given a taste of reality; a concept denied them in liberal academia and now oozing into the real world.

Instead of a civil war, maybe a long overdue, mass spanking is in order.