Sergio Dipp: The Latest Reason to NOT Watch ESPN, MNF

Last year, Laura and I met a young man who recently played for the Washington Redskins and in a couple too-short hours, gave us some of the best behind-the-scenes insights any real football fan would love to have been exposed to. We got to ask questions true fans of the game have always wanted to have answered and he gave very eye-opening recounts.

There was a time when former professionals from the game were handed the mic in the booth and on the sidelines as their insights were pertinent and borne from experience. Instead, we’re now forced to endure the musings of old, balding men trying to act hip as well as what’s supposed to be female eye-candy, both young and over-the-hill. Few have ever put on football pads, played a competitive down (high heels don’t count as cleats) and their opinions are devoid of real value.

ESPN’s nosedive in ratings and online subscriptions continues as they’ve made a point of being a liberal, politically correct, social justice entity that unfortunately has to segue back into a sports topic; a truly astonishing business model they refuse to abandon despite their plummeting media footprint. 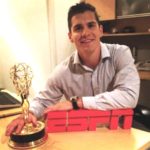 Of the hundreds of qualified sports reporters and former players they could have chosen from, ESPN decided to impose on the nation their latest diversity-in-action project: 29-year-old Sergio Dipp, one of their Deportes reporters, who got his shot on the sideline during the Chargers-Broncos Monday Night Football broadcast, and instead of talking about the game, he (ESPN approved) decided to highlight Broncos head coach Vance Joseph and the “diversity in his background”?

When the predictable blowback quickly arrived via social media, an ego-bruised Dipp just had to respond and the only thing missing was a sad, violin music bed….

We’re not sure if it was an ESL issue, but when the blowback ensued, Dipp took it the wrong way and kinda’ made things worse. 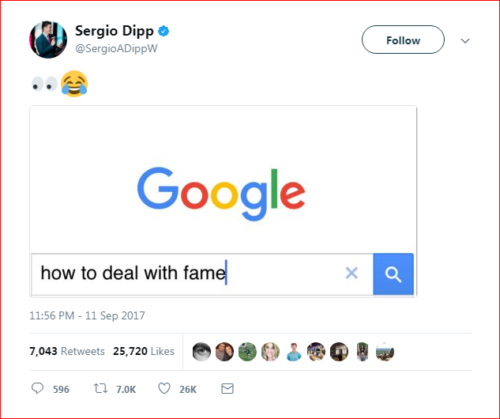 Between the millennial arrogance and ESPN’s ongoing quest to bash our heads in with social issues instead of just sports, it’s a shame that all anyone got from Dipp’s sideline flop was that Broncos’ head coach Vance Joseph is black.

As a side note, ESPN Deportes is as lacking in diversity as is most Mexican television where you mostly see whites like Sergio delivering news, sports coverage, and in their novellas. The women dress like hookers and ESPN is clearly respectful of their cultural, albeit blatantly sexist preferences.

Real insight to look forward to is just another reason why some of us haven’t watched anything on ESPN for months, if not longer, and have no intention of consuming in the foreseeable future.

That “diversity” thing seldom works as a substitute for winning…

Having just completed their first back-to-back losing seasons since the early 1970s, the Denver Broncos fired Vance Joseph on Monday, a day after the team finished 6-10.
— ESPN, 12/31/18

… which after all is most important to the National Football League, their teams and fans, Sergio.